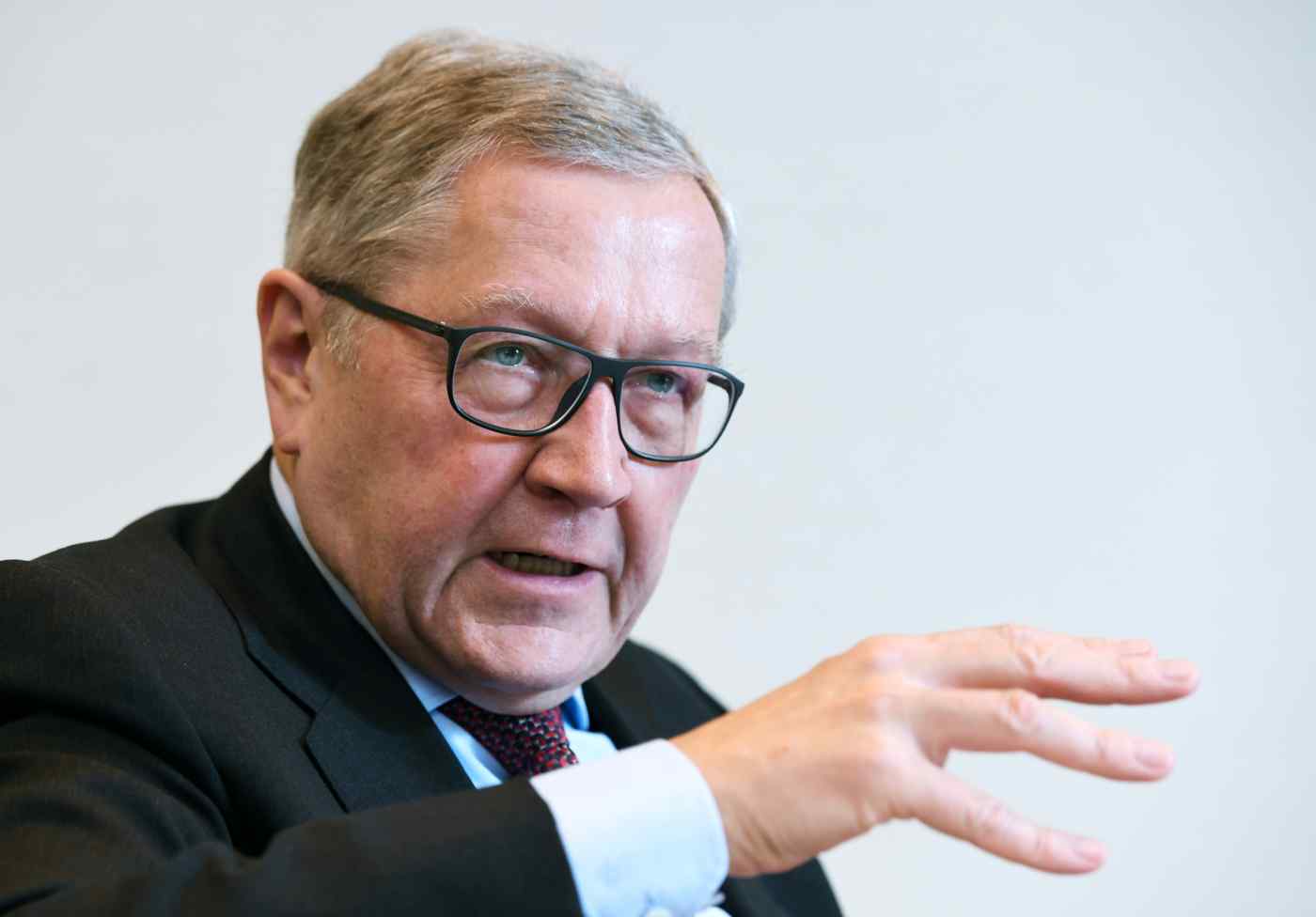 TOKYO -- The head of the organization charged with safeguarding financial stability in the eurozone said he does not rule out issuing Chinese yuan-denominated bonds to fund the rescue of European nations and institutions.

"[Issuing European Stability Mechanism bonds in yuan] is possible," Klaus Regling, managing director of the ESM, said in a recent interview with the Nikkei Asian Review. He said the institution was preparing to issue dollar-denominated bonds in the fourth quarter of this year -- the ESM's first non-euro bond issuance -- but added that other currencies remained an option.

"We are legally allowed to issue in all currencies," he said. "As a young institution, it is a big step to do our first non-euro issue ... and it seems to make sense from the market side to start with the U.S. dollar. But it is entirely possible that we move into other currencies that are attractive from the market side."

When the ESM was formally established in 2012 to act as a backstop for euro-area countries that have been shut out of the financial market, 40% of ESM bonds were held by Asian investors. Now, that ratio has shrunk to 18%.

"Many Asian investors do not want to buy any papers with negative interest rates. That is an attitude we find much more in Asia than in other countries," Regling said. "But I think overall to have 18-20% of our investors coming from Asia is a good share. We will also start issuing for the first time non-euro bonds ... and maybe that is also interesting for some additional Asian investors."

As the head of both the ESM and the European Financial Stability Facility, Regling has experienced firsthand the debt crisis that began squeezing Greece and other European nations in 2010, as well as the problems an integrated Europe faces today. However, despite all the troubles the eurozone has gone through, Regling remains a staunch supporter of market integration and lauds the efforts of the ASEAN Economic Community -- Southeast Asia's answer to Europe's economic integration -- which launched in 2015.

"I can only encourage [the AEC] to continue with the integration story," Regling said. "They are in the process of moving towards a single market, and it will take a while, but there has already been tremendous progress. I think the evidence is very clear that this helps growth rates in ASEAN (Association of Southeast Asian Nations) countries ... and I think the ASEAN countries will be busy continuing that and concluding the single market."

There has been talk of creating a euro-like common currency for the AEC, but Regling said doing so would be "difficult," citing the big differences in living standards and economic structures, as well as ASEAN's sheer geographical size. He said that even with Europe's advantages in these respects, it still took the region more than 50 years to launch a common currency after beginning the integration process.

Regling said it is "far too soon" for ASEAN to think about a single currency, but that he "can only recommend strongly" continuing with economic integration.

Europe will host a raft of elections in 2017. Many will see populist candidates try to take advantage of the rising euroskepticism sweeping the Continent. It could be said that international lenders such as the ESM, the International Monetary Fund and the European Central Bank fueled the anti-European Union sentiment by imposing strict austerity measures in such countries as Spain, Greece and Portugal. But Regling defended the lenders' approach.

Regling said that while there is a perception that austerity contributes to populism, "when you look at Greece, where the deficit was 15% of gross domestic product, it was unsustainable, it had to change," he said. He argued that the lenders actually helped ease the pain for these countries. "With official lenders like the EFSF and the ESM available to provide emergency financing after the country lost market access, the adjustment -- which was unavoidable -- could be spread over time," Regling said.

Regling said he and other economists need to better communicate with the people to stem the wave of populism.

"[The rise of populism] indeed is worrying. ... I think we see in advanced countries, advanced democracies in the Western world, a backlash against globalization, against cross-border cooperation, against trade. For economists, all this is very hard to understand," he said. "Economists are convinced this is bad for economic growth. But we have to realize that it seems to be popular with a large share of the electorate. I think we economists have a big job to do here, to explain better how we see the world functioning."