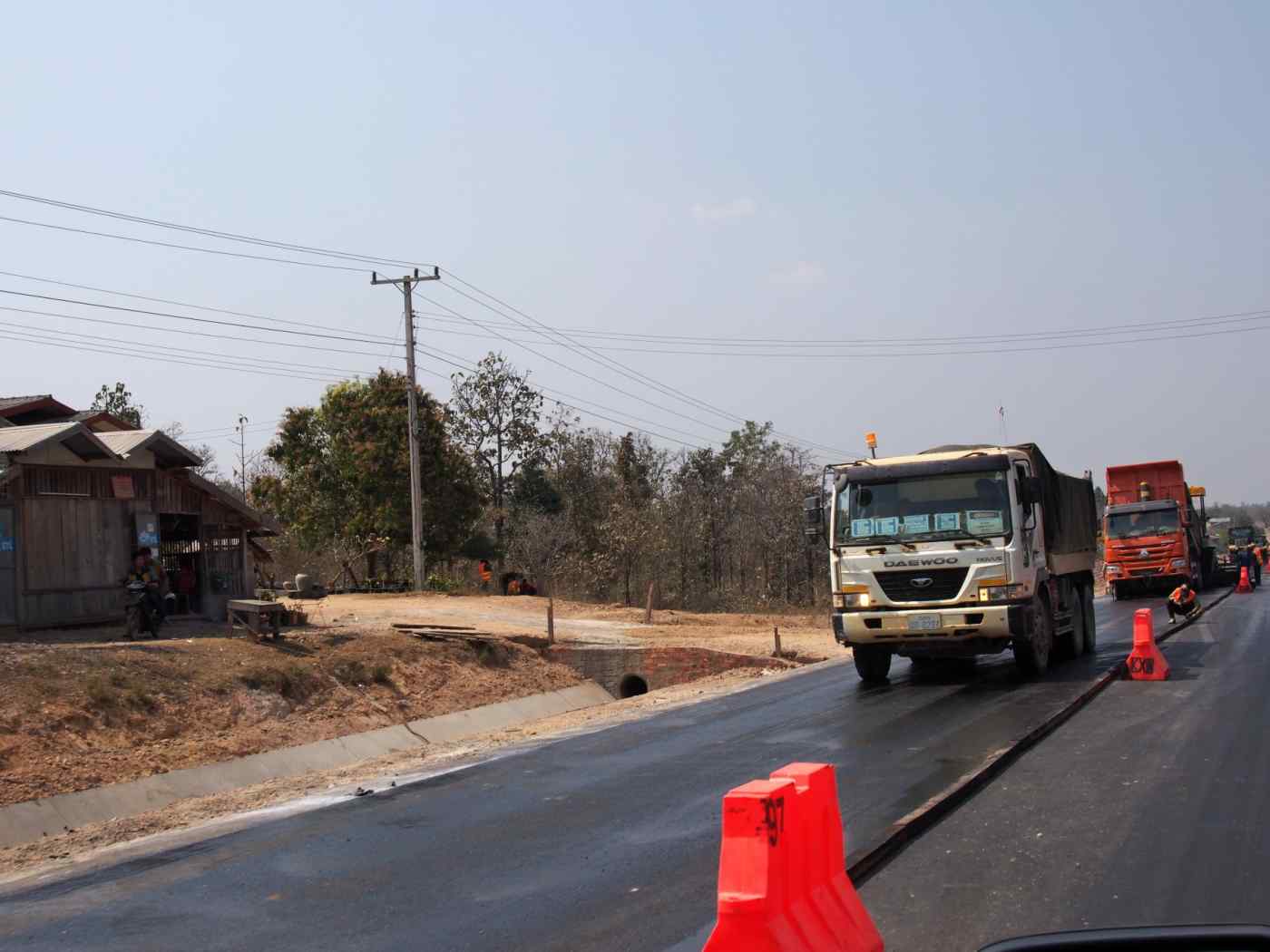 TOKYO -- "One economic bloc, one driver's license" is an idea being discussed in some parts of Southeast Asia.

The Association of Southeast Asian Nations plans to become a single economic community by the end of this year. But not much has been done to prepare for a common license or the cross-authorization of licenses among ASEAN members. Government hesitate to consider a pan-ASEAN license because they are concerned about the effects transport deregulation will have on their domestic industries.

Chairman Yutthachai Sunthornrattanavej of Thailand's Association of Domestic Travel in January announced his institution would suggest to the Ministry of Tourism & Sports that ASEAN driver's licenses are issues. Such licenses, he argued, would allow individual tourists to drive freely across the borders of ASEAN member nations. Yutthachai stressed that the ministry, regional chambers of commerce, border-control and immigration agencies, along with the governments of neighboring countries, should discuss guidelines for individuals traveling in the ASEAN region.

The Association for Domestic Travel projects that the number of tourists visiting Thailand from other ASEAN member states will grow by 5 million in the coming five years if driver's licenses that can be used across the bloc are issued. "Recently there is an increasing influx of tourists, not only from the Malaysian border but those of Laos, Myanmar and Cambodia as well," Yutthachai said. "They have purchasing power."

In 2007, the five Mekong River nations -- Cambodia, Laos, Myanmar, Thailand and Vietnam -- and China signed the Cross-Border Transport Agreement. Signatories also penned agreements between each other. A bilateral transport agreement between Thailand and Cambodia in June 2012 allowed up to 80 vehicles to cross the border on specific roads. The number has since been increased. In 2013, Vietnam, Laos and Cambodia signed a memorandum to deregulate 15 border crossings on 22 connecting routes. It awards border-crossing passes to 150 vehicles from each country, mainly trucks and buses, 450 in total. Authorized Laotian vehicles, for instance, can travel in Vietnam and Cambodia just as they can at home.

But actually obtaining those passes isn't easy. In August, Japanese transport company Konoike Transport launched its Mekong Food Express service, under which trucks loaded with consolidated cargoes of frozen and chilled food make deliveries from Ho Chi Minh City to Bangkok via Phnom Penh. The company stresses the advantage of quicker delivery of fresh produce without exposure to outside temperatures, because the pass would eliminate the requirement of unloading and reloading at the borders.

"We applied for the license to travel between Cambodia and Thailand more than a year ago, but haven't obtained it," said the Konoike manager in charge of international distribution. The company has a border-crossing pass allowing Vietnamese trucks to make deliveries in Cambodia. But at the Thai-Cambodian border, it has to change trucks, unloading and reloading cargo.

In 1985, before Vietnam, Cambodia, Laos and Myanmar joined, six ASEAN members  agreed to honor one another's driver's licenses. But a driver with a Malaysian license is allowed to drive only within 200km of the border into Thailand. The interauthorization of driver's licenses among ASEAN members remains a goal for the future, as the authorization process in each nation is stalled.

Behind the slow progress is concern among governments that their domestic industries may be hurt if foreign trucks, tour buses and the like can freely enter their countries.

Sok Chanmony, president of the Cambodia Bus Association, warns against easy border crossings. "There is no way we can compete with Thai and Vietnamese transporters," he said, "because they use cheaper fuel, have more advanced equipment and operate more efficiently than Cambodian firms."

As ASEAN moves forward on economic union, more competition in distribution and passenger transportation is inevitable. Transport deregulation will press companies to be more competitive. Whether the ASEAN driver's license becomes a reality depends on how determined each member is about regional economic cooperation.