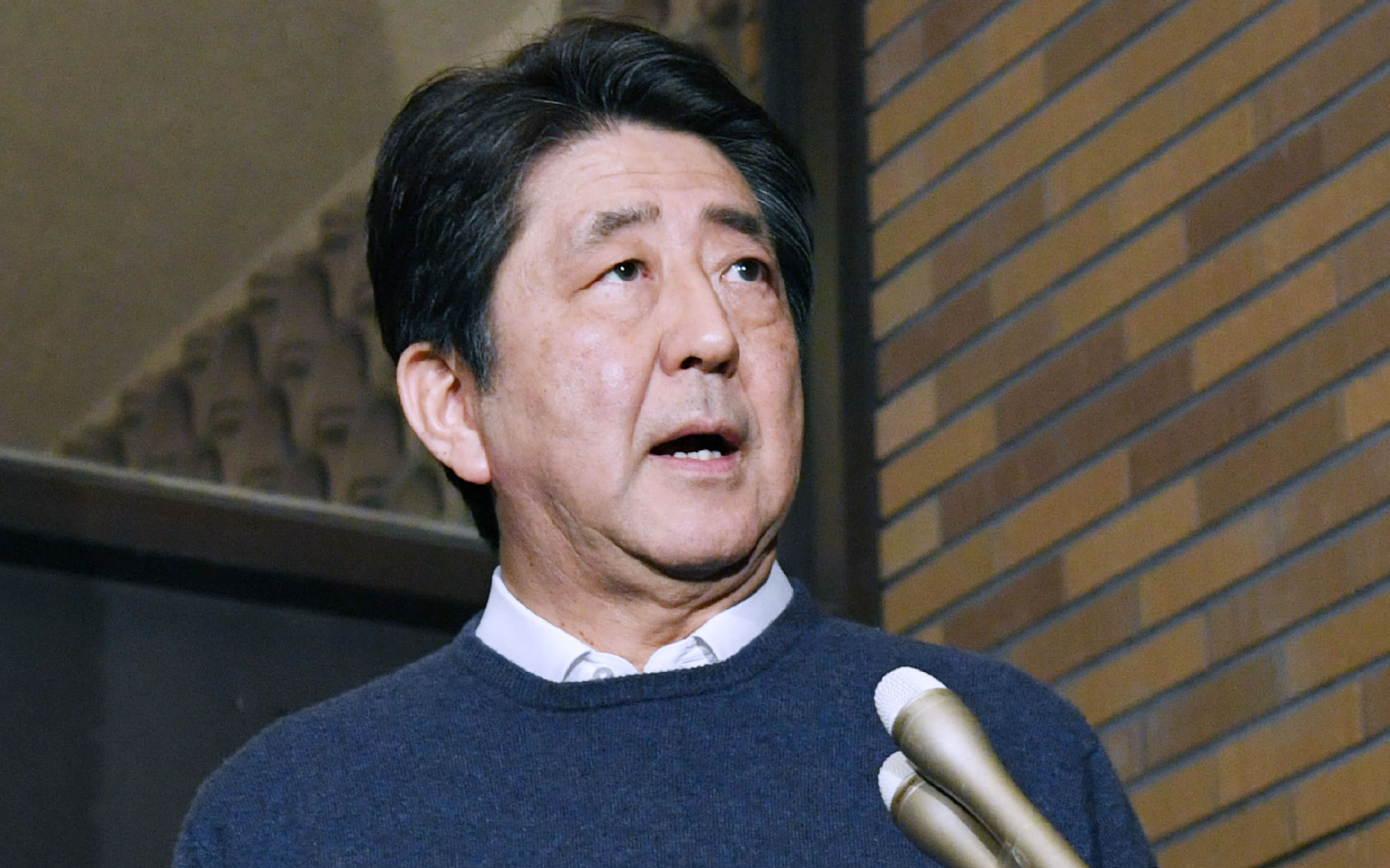 Japan and US double down on 'maximum pressure' approach

TOKYO -- Japanese Prime Minister Shinzo Abe and U.S. President Donald Trump agreed during a phone call Wednesday night to continue exerting maximum pressure on North Korea, while reaffirming that the reclusive state must agree to denuclearize before any dialogue can happen.

"Even at this moment, North Korea is continuing to develop nuclear and missile weapons," Abe told reporters after his phone call with Trump. "We need to directly face this reality. A dialogue for the sake of dialogue is meaningless."

"Both Japan and the U.S. believe there cannot be a meaningful dialogue unless it is toward the complete, verifiable and irreversible abandonment of nuclear weapons," he said.

The two leaders, talking for just over an hour, also discussed the importance of joint military exercises by the U.S. and South Korea. "The alliance between Japan and the U.S. will not waver at all. We will continue working together closely," Abe said.

This was the leaders' first call since Feb. 2. Abe in the meantime has met with U.S. Vice President Mike Pence in Japan and South Korean President Moon Jae-in while visiting South Korea for the opening of the Pyeongchang Winter Olympics.

There is concern in Tokyo not only over potential talks between Washington and Pyongyang, but also over the ongoing dialogue between the two Koreas. Abe probably hoped to ensure he was still largely on the same page with Trump.

At a Diet budget meeting earlier Wednesday, Abe scrambled to explain a recent comment by Pence hinting at possible talks with North Korea. "Mr. Pence and I completely agree on the maximum pressure approach for the denuclearization of North Korea," he stressed.

"I have confirmed with American government officials that there is no change in Washington's stance," Abe added, noting that he and Pence also discussed the Korean issue at Pyeongchang.

U.S. State Department spokesperson Heather Nauert said on Tuesday in Washington, however, that the country could hold a "preliminary chat" with North Korea. "We only just verified what Mr. Pence meant, but now it's coming from the State Department," a Japanese Foreign Ministry official said. It would be a major departure from the countries' joint position if the U.S. agrees to talk with the North without signs of denuclearization. Japan is doubling down on its united front with the U.S, partly on concerns about South Korea's overtures to the North. With Moon considering a trip to North Korea, Abe at the Wednesday Diet meeting stressed that "dialogue for dialogue's sake is meaningless." He believes that North Korea should first promise to abandon nuclear weapons and take concrete action before any dialogue with the South.

Abe and Trump also touched on economic topics in their call. They affirmed that productive discussions have been made at a bilateral economic forum led by Pence and Japanese Deputy Prime Minister Taro Aso and talked about how investments by Japanese companies have created new jobs in the U.S.

The U.S. trade deficit with Japan and the Trans-Pacific Partnership trade pact, which Trump said he may consider rejoining, did not come up, according to Japanese officials.