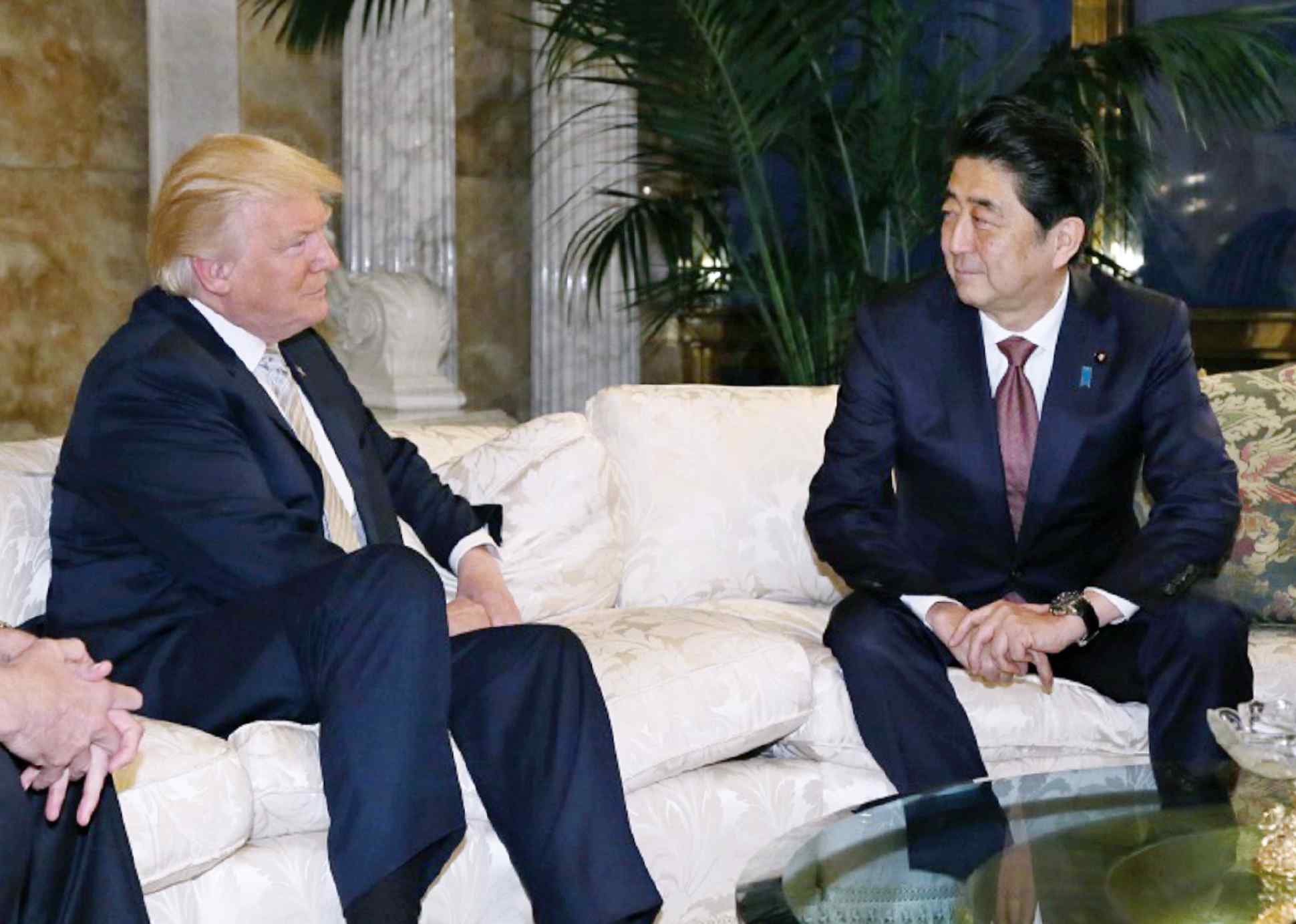 TOKYO -- Prime Minister Shinzo Abe wants a promise from Donald Trump that the U.S. will defend Japanese-administered islands also claimed by China if necessary, a commitment signaling an unchanged bilateral security pact even under an unpredictable president.

And to that end, Abe hopes to swiftly arrange a summit with Trump, with Tokyo and Washington negotiating an early February date. The plan is to discuss ways to deepen the bilateral security alliance, including reiterating the U.S. obligation to defend the Senkaku Islands in the East China Sea under Article 5 of the treaty.

Japan is wary that Trump's unpredictable statements could cause gyrations in financial markets. "It is necessary to establish solid communications channels with the U.S.," a Finance Ministry official said.

Trump will meet Friday with British Prime Minister Theresa May in Washington, his first summit with the head of a major ally since taking office. Japan also sought a summit this month, but the U.S. cited scheduling conflicts to push the date to early February. A meeting with May apparently took precedence.

Foreign Minister Fumio Kishida told reporters Sunday that "Tokyo is seeking a meeting ahead of other major nations," signaling to Washington that Japan wants an early summit.

To Japan's chagrin, Trump's inconsistent statements have made his policies impossible to predict. "We thought his remarks would calm down as his inauguration drew closer, but we were surprised to learn from his inaugural address that he has not changed much since during the campaign," a government official said.

Trump's announcement of a U.S. withdrawal from the Trans-Pacific Partnership trade pact was not unexpected, a senior Foreign Ministry official said. But it remains unclear how much weight Trump intends to give to U.S. involvement in the Asia-Pacific region. Depending on Trump's policy approach, Japan may need to thoroughly reassess its response to China on the national security front.

Secretary of State nominee Rex Tillerson told a Senate confirmation hearing that the U.S. remains committed to defending the Senkakus under the U.S.-Japan security treaty. Still, a Japanese Foreign Ministry official said "assumptions that had been taken for granted between Japan and the U.S. need to be reconfirmed with President Trump." This concern drives Abe's wish to have Trump reiterate America's commitment to the islands.

"It is important that we reaffirm U.S. commitments," Kishida said. As for Trump abandoning the TPP trade pact, "creating a single group among Asia-Pacific countries sharing common values carries strategic importance," the foreign minister said. "It is imperative to explain the benefits [of the TPP]."