Both sides are seeking more control over today's hottest resource 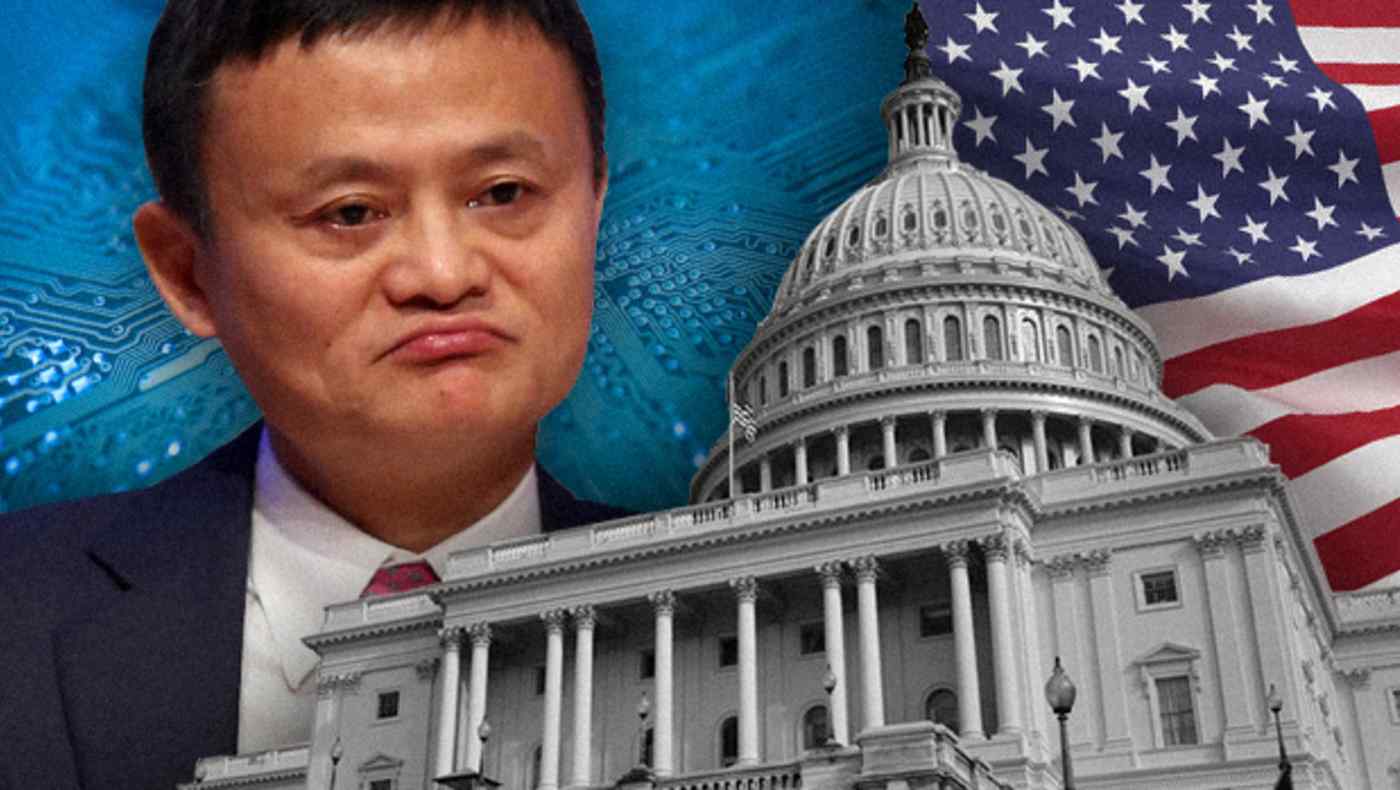 SHANGHAI/WASHINGTON -- In the future there will be no concept of "made in China" or "made in America," because everything will be "made on the internet," according to Jack Ma Yun. The founder of Chinese e-commerce giant Alibaba Group Holding seemed irritated at the World Economic Forum in Davos, Switzerland, in late January, as he made the case against restricting trade.

His blunt words could very well have been targeted at the Committee on Foreign Investment in the United States, or CFIUS, which had recently blocked Alibaba subsidiary Ant Financial from making a $1.2 billion acquisition of MoneyGram International. Ant announced it was abandoning its plan to buy the U.S. company in early January.

The goal had been to achieve synergies between Alipay -- the Alibaba online payment platform Ant Financial runs -- and MoneyGram's money transfer service, which spans more than 200 countries.

The clash highlights one of the hottest friction points between the U.S. and China today. Both have their claws out as they seek to control one of the 21st century's most valuable resources: data.

In today's economy, data is power. It helps companies -- and governments -- identify everything from consumer tastes to macroeconomic trends, providing a major advantage. One estimate suggests that by 2025, the world will be generating 163 trillion gigabytes of data annually. 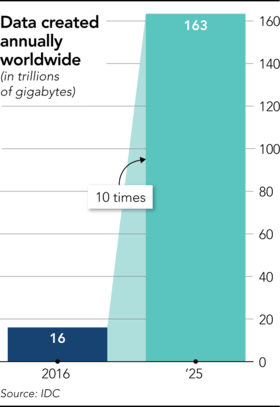 Those ones and zeros are a particularly precious commodity in the U.S. and China, which are both home to huge consumer markets and giant tech empires. Google and the other four big U.S. tech companies are constantly accumulating reams of data not only domestically but also internationally. In China, with its population of 1.4 billion, Alipay settles some 2,000 transactions per second, piling up records on each one.

The quest for data dovetails with the rise of artificial intelligence, which is only as useful as the information fed into it. Jack Ma has called data the new oil.

China's strict controls on information, which help President Xi Jinping and the Communist Party maintain their grip on power, add another wrinkle. Free societies are wary of allowing Beijing to essentially buy their data.

On the flip side, Xinhua News Agency, the Chinese government's mouthpiece, has criticized the CFIUS screening process for lacking transparency and being oversensitive to Chinese companies.

Soon after Ant Financial gave up on the MoneyGram deal, an incident in China called its data practices into question.

It came to light that Alipay users who viewed a report on their usage for 2017 were almost automatically consenting to share their data with a third party, due to a pre-checked box. The company apologized and fixed the problem, but the controversy added weight to U.S. concerns about the handling of personal information in China. More worrisome, for some, is the Chinese Cybersecurity Law that took effect last June. The law strictly regulates attempts to take data obtained inside the country beyond its borders. Foreign companies doing business in China are forced to contort themselves to comply. Apple, for instance, announced it would transfer its cloud operation in the country to a local entity.

The law drew plenty of criticism from other countries, but Beijing refused to budge. The government, after all, justifies its restrictions and censorship of the net as a matter of national sovereignty. 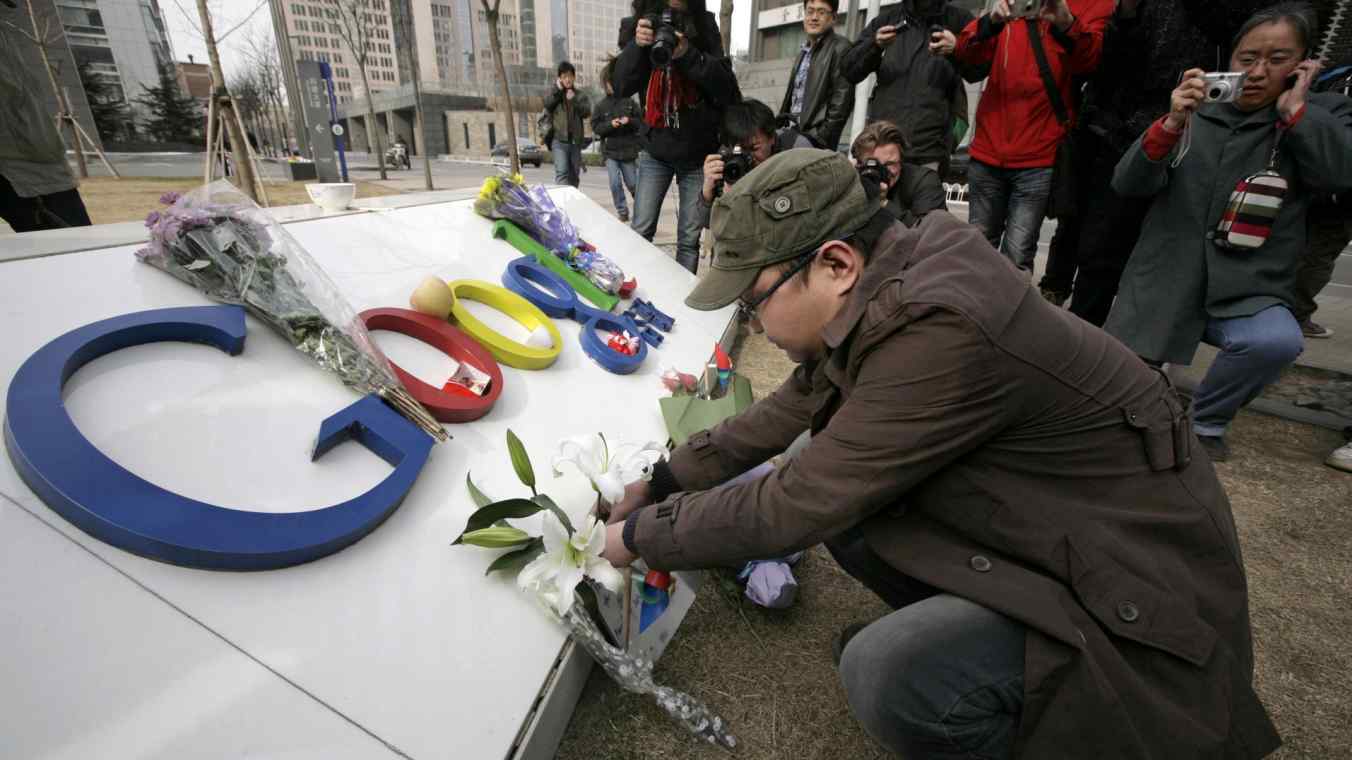 Now there is concern that countries in Southeast Asia and Africa -- which are receiving economic assistance from China through its Belt and Road Initiative -- might follow their benefactor's example.

The U.S., in turn, is looking to beef up its own data controls.

In November, a bipartisan group of lawmakers introduced a bill to the Senate and House that would reform CFIUS. The main purpose is to introduce rules requiring efforts to prevent sensitive information about U.S. citizens -- including personal details and genetic information -- from being transferred to foreign governments or businesses.

Until now, CFIUS has mainly examined cases that raised national security concerns, including ones related to the military or semiconductors. If the bill passes in its current form, that scope would likely expand considerably.

China seems to be the target. In a House hearing, a former official involved with CFIUS voiced reservations about Chinese companies with government links acquiring U.S. businesses that hold valuable information and advanced technology, such as AI and big data.

But what if there is a third way? What if data can be protected but still allowed to flow?

The European Union, too, strictly protects personal information. In May, a new General Data Protection Regulation is set to take effect, introducing tight checks on data transfers outside the bloc. The rules, however, are nuanced.

They allow for external transfers of personal information to places deemed to have adequate levels of protection, with no need to apply for permission. The idea is to support the active use of data by businesses, while maintaining safeguards.

Japan, for its part, is embracing the free distribution of data. This spring, it is expected to agree with the EU on a framework for information transfers -- including the introduction of measures to ensure protections on a par with Europe.

Japan has also joined an international system for cross-border transfers of personal information, developed by the Asia-Pacific Economic Cooperation forum with the U.S., Canada, Mexico and South Korea. Tokyo is asking Beijing to sign on as well.

Data has become a crucial ingredient for healthy economic development. It needs to be shared, not hoarded. But democracies will continue to face uncomfortable questions when it comes to sharing with countries like China.