$12.8bn project kicks off amid hopes and concerns about Beijing's growing influence 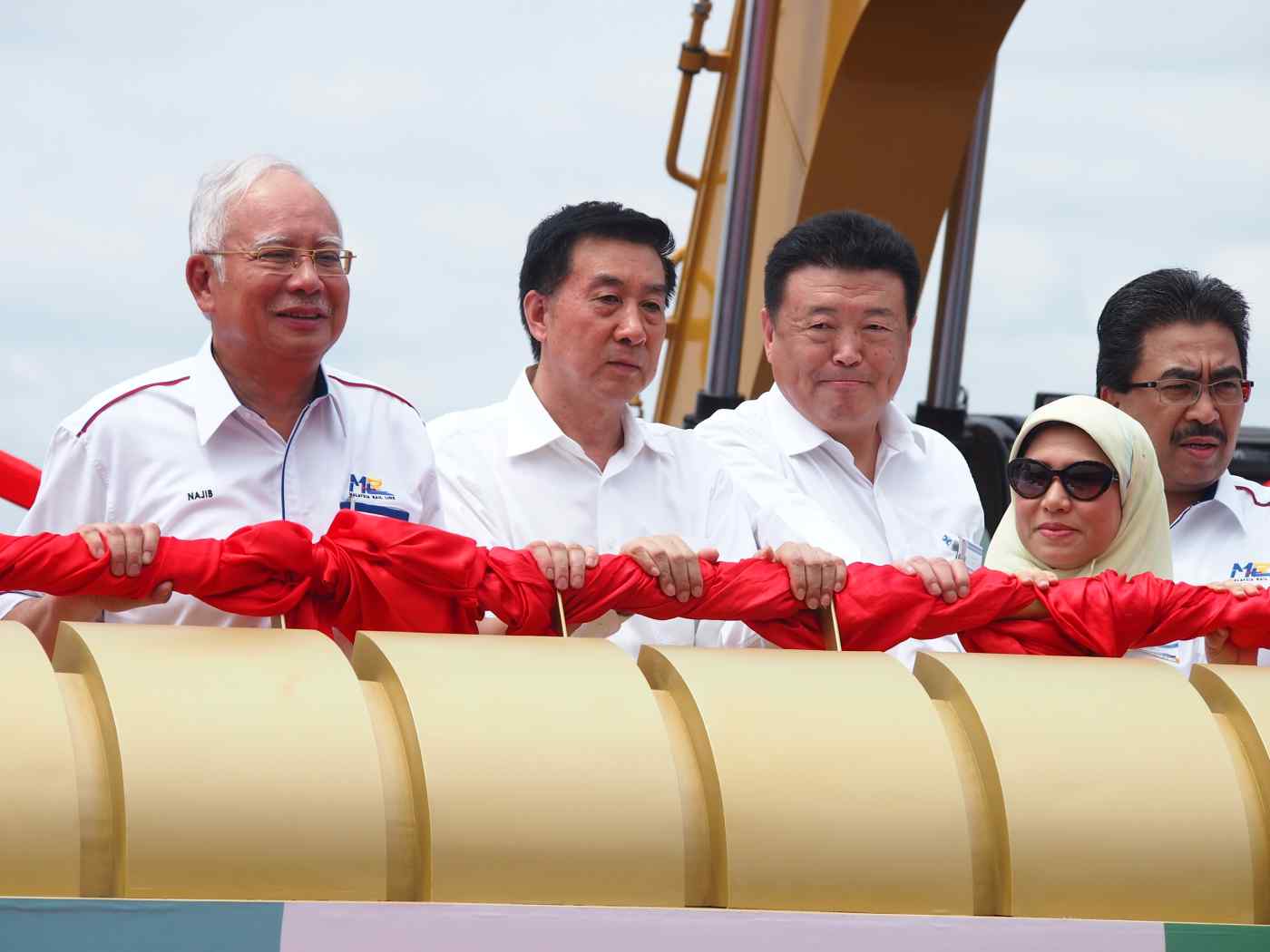 While the project is a major coup for China, which is aggressively promoting its Belt and Road Initiative to develop infrastructure throughout Eurasia and Southeast Asia, the 55 billion ringgit ($12.8 billion) deal has critics questioning Malaysia's transparency in dishing out big-ticket projects.

Called the East Coast Rail Link, or ECRL, the 688km railway connecting Port Klang, Malaysia's main shipping hub outside Kuala Lumpur, and Pengkalan Kubor near the Thai border is seen by its supporters as a way to spur the development of the rural states along the line. The project -- Beijing's largest single investment Malaysia -- was awarded to the state-owned China Communications Construction Co. CCCC will be in charge of engineering, procurement and construction for the railway, slated for completion by mid-2024.

Exim Bank of China will provide 85% of the financing through a 20-year soft loan at an annual interest rate of 3.25%. Malaysia is not required to begin repaying the loan until the line has been operational for seven years, a condition the government said was "attractive."

"This people-centric ECRL project has come to fruition thanks to the government-to-government negotiations," said Prime Minister Najib Razak during the groundbreaking ceremony in Kuantan, the largest city on the east coast of Peninsular Malaysia.

Malaysia Rail Link, the state-owned company that will own the rail line, will issue Islamic bonds -- or sukuk -- to fund the portion of the costs not covered by China.

In the first phase of the project, an electric rail line will be built from Gombak, on the outskirts of Kuala Lumpur, to the Thai border. A journey that takes eight hours by car will require only half that time once the new link is open. The eight-car train will have a capacity of 600 passengers and pass through 22 stations along the way, connecting the east coast states of Kelantan, Terengganu and Pahang with Kuala Lumpur.

The plans for the ECRL were announced last October and approved unusually quickly for a such huge project. The railway will primarily link sparsely populated states whose economies depend almost exclusively on agriculture and mining.

Critics question the logic of borrowing such a huge amount from China to pay Chinese contractors. One of those voices is former Prime Minister Mahathir Mohamad.

"It is not being anti-Chinese but pro-Malaysia," he wrote in a blog in January about China's increasing foreign direct investment in the country. The elder statesmen is worried that local businesses will lose out to "powerful companies of China."

Najib has defended the plan, however, saying local companies will have a 30% stake in the project, with CCCC controlling the rest. Heavy construction machinery from China's Sany Group has already arrived at the project site in Kuantan, ready to get to work.

The ECRL and other Beijing-backed projects in Malaysia got a boost when Najib met President Xi Jinping in the Chinese capital in May. Wang Yong, a member of China's State Council -- the government's cabinet -- led a 100-member delegation to Kuantan on Wednesday.

"We will work together to make the rail line a fine example of China-Malaysia technological cooperation and the flagship project under the [Belt and Road] initiative," Wang said.

He added that along with other Chinese-led projects, including the Jakarta-Bandung rail link, the ECRL will be a "strong pillar" for connectivity in the region.

"The ECRL provides a good example of how standards have been lowered in the issuance of contracts," Wan Saiful Wan Jan, a visiting senior fellow at Singapore's ISEAS Yusof Ishak Institute, wrote in a research paper published last month by the think tank.

The fact that Malaysia awarded such a massive project to China without first seeking international bidders reflects Beijing's growing influence in Kuala Lumpur.

"It shows that China is the most powerful investor in Malaysia," said James Chin, a Malaysian academician at the University of Tasmania.

Like many other countries in the region, Malaysia sees an opportunity in China's overseas push. Both governments have announced that they will be spending a combined $50 billion on Belt and Road-related infrastructure projects through 2027, RHB Investment Bank wrote in a research note.

Najib envisions the new railway becoming a major overland artery for trade in Asia, with stops in Port Klang near the Malacca Strait and the port of Kuantan on the South China Sea. The prime minister sees it as offering an alternative to the traditional shipping routes linking Europe, Africa and the Middle East to North Asia through Singapore.

Cargo is projected to account for 70% of the railway's capacity, with 53 million tons of goods seen moving along the ECRL by 2030. With China's help, the government is expanding the port in Kuantan so that it can accommodate large vessels up to 18,000 twenty-foot equivalent units.

The railway deal is a big win for China, which is keen to expand its influence in Southeast Asia and elsewhere -- starkly contrasting with U.S. President Donald Trump's inward-looking "America first" push. In receiving help from Beijing, Malaysia may start drawing comparisons with Cambodia and Laos, both considered allies China who depend on money from the Asian giant.

But the partnership comes with certain risks. If Malaysia abandons the practice of good governance in dealing with foreign investors, warned Wan Saiful, it could be influenced by China's "authoritarian capitalism."

Wang, the State Council member, expressed a different view, saying China hopes to enhance its involvement in Malaysia in other areas, including science and technology, agriculture and finance, to promote "win-win cooperation and common development."