Mohamed Nasheed has no right to speak of bilateral partnership, says Beijing An aerial view of Male, the Maldives' capital.   © Reuters

Geng also told reporters that his claim is "groundless and absurd."

Nasheed, who served as the president between 2008 and 2012, fled to Britain in 2016 following his arrest and conviction under anti-terrorism laws for ordering the arrest of a judge. He sets himself against the current pro-China President Abdulla Yameen.

In a Monday interview with the Nikkei, Nasheed said China has already bought more than 16 islands from Maldives under Yameen administration. He expressed his view that massive debts the country, currently mired in deepening political turmoil, owes to China would force it to cede territory.

Yameen last week dispatched Economic Development Minister Mohamed Saeed as special envoy to China which he regards as his supporter.

Chinese Foreign Minister Wang Yi, who had a meeting with Saeed, said that the country believes "the Maldives government and its people have the ability and wisdom to resolve issues facing them in an appropriate manner."

Wang added that China "will not interfere in the Maldives' internal affairs."

He noted that China has given assistance not for the purpose of serving its interests but "for the sake of the Maldives' economy and society." 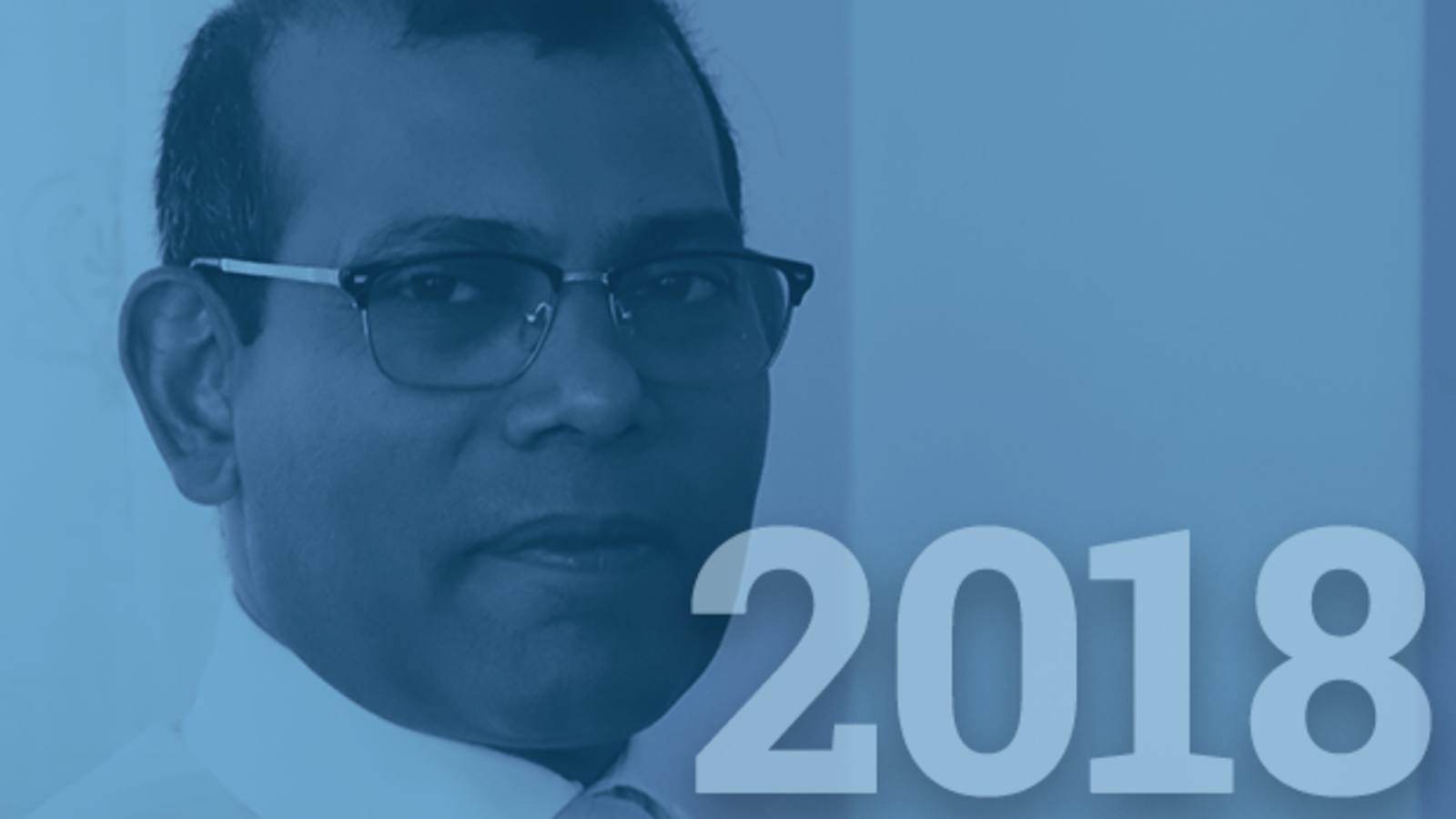 Maldives unrest shapes into proxy fight for China and India

He then expressed a hope for the sound and stable development of a sweeping friendly partnership between China and the Maldives and stressed that China has no intention to end its assistance.

Geng on Tuesday said in a news conference that "the important thing is that cooperation between China and the Maldives match the interests of both countries or bring well-being to their people."

"The people of the two countries," he added, "are the ones to judge it," and criticized that the exiled former president is no in position to remark about the bilateral relation.