China would rank second in IMF under funding proposal

Japan determined not to lose ground, while US is cool to the plan 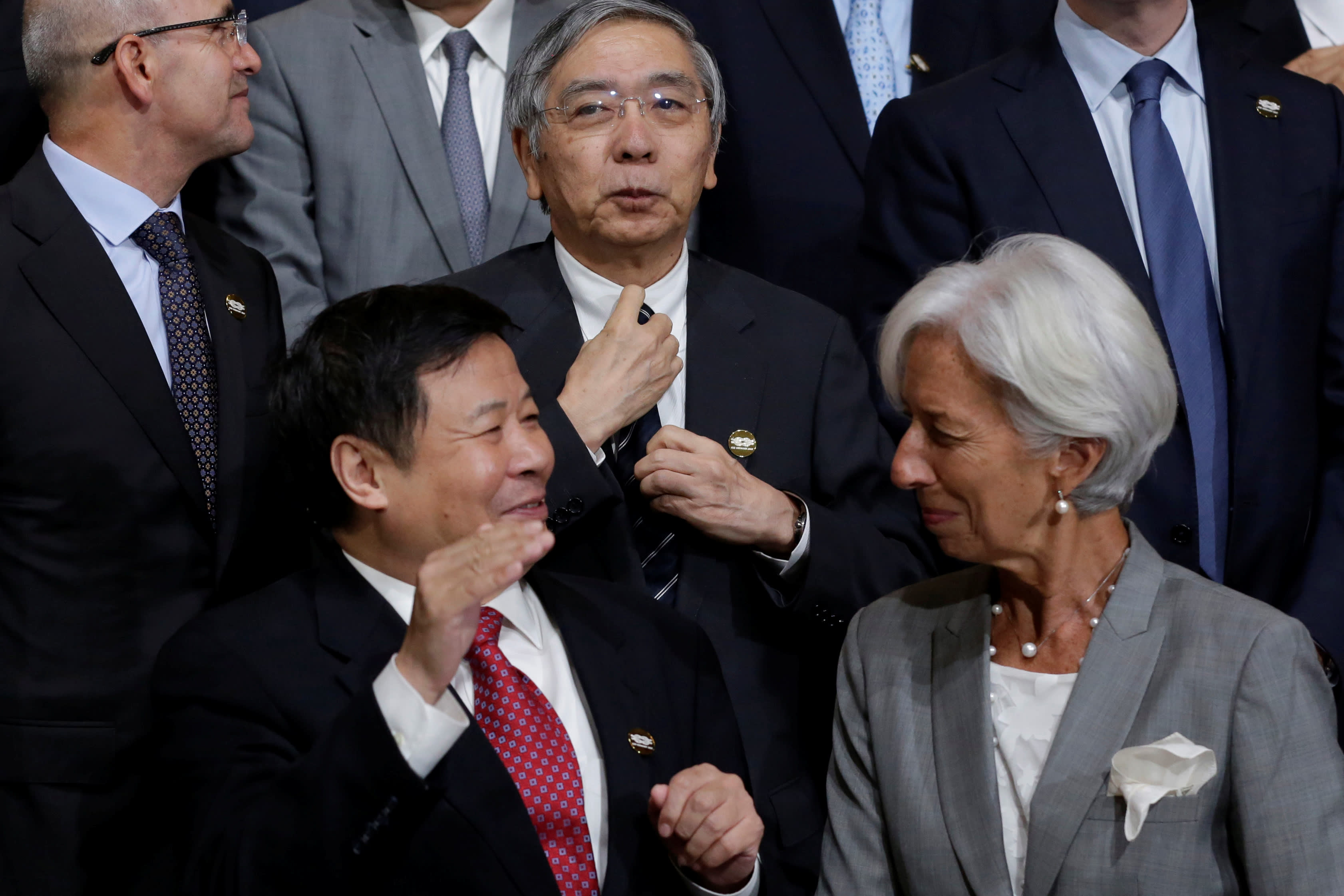 WASHINGTON -- International Monetary Fund members began Thursday discussing a plan to raise funding quotas that would likely give China more sway in the body than Japan, the second-most-influential voter.

Finance ministers and central bank governors belonging to the Group of 20, the IMF and the World Bank are gathered here for several days of talks. The IMF is conducting its 15th general review of member quotas, hoping to deepen its pockets to be able to better respond to financial crises. Its goal is to determine by autumn 2019 whether to increase funding, as well as deciding how much to raise quotas by and the proportion of each member's contribution.

The IMF last decided to increase funding quotas in 2010. Last year, it reformed its capital structure. Since 1992, Japan has held the No. 2 spot in terms of voting rights, but its proportion of funding has dropped to 6.46% from 6.56%. China's contribution has jumped to 6.39% from 4%, climbing from sixth to third place. Voting power in the body is tied to what proportion of funding a member contributes, and that proportion is linked to the member's gross domestic product.

If the IMF resolves to increase funding, it is seen as all but certain that Japan will fall back to third place or lower. Japan sought to head that off by appealing to intangible leadership qualities over pure economic scale. Financial diplomat Masatsugu Asakawa said Thursday the decision process should appropriately reflect factors such as Japan's prompt volunteering of $100 billion in financing for the body following the 2008 collapse of Lehman Brothers.

But many see an agreement on increased funding as a Herculean task given the "America first" dogma of the Donald Trump administration. The World Bank had sought agreement on a plan to increase its funding at the present round of G-20 meetings, but Washington -- the institution's largest contributor -- opposed the plan. Hopes of a quick capital increase have been effectively abandoned, World Bank President Jim Yong Kim said Thursday.

The U.S. is likewise expected to oppose increasing funding to the IMF, leaving little prospect of an increase at present.