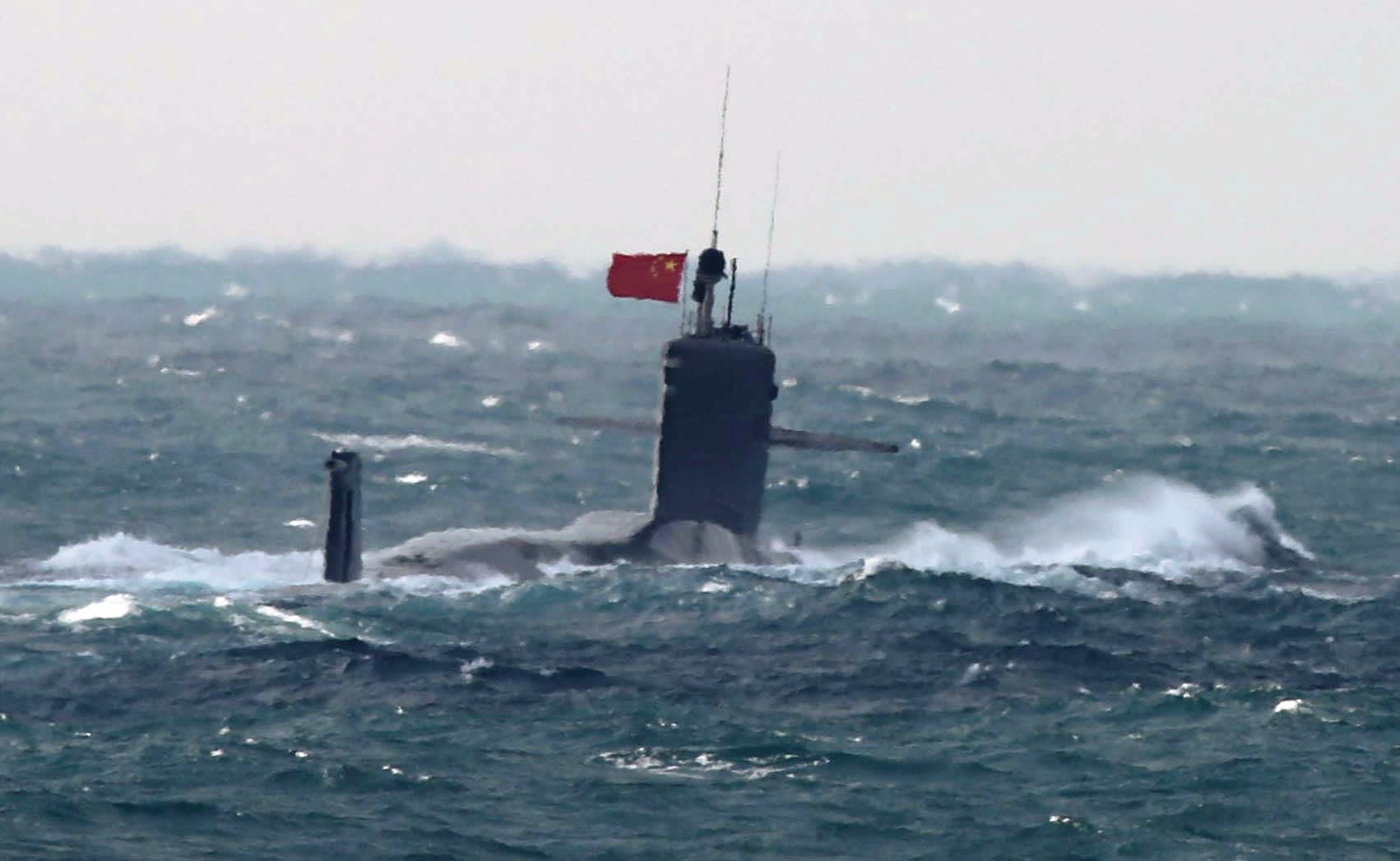 The Chinese submarine surfaced and raised the national flag once it reached the East China Sea. (Photo courtesy of Japanese Ministry of Defense)

The vessel sailed through the contiguous zone adjoining Japanese territorial waters around the uninhabited islands, which China claims as the Diaoyu. It is not a violation of international law for vessels to enter this type of zone, a band of water stretching up to 12 nautical miles from the outer edge of territorial waters. But incursions can be read as a threat to territorial waters.

The Maritime Self-Defense Force "issued repeated warnings" informing the sub that it was in the contiguous zone, Onodera said. "It is unacceptable" that the vessel "ignored our warnings and continued its passage," he said.

The presence of a Shang-class nuclear submarine, able to travel long distances and difficult to detect when underwater, was particularly alarming to Japan. These vessels can be armed with long-range cruise missiles capable of reaching faraway targets on land. Unless Japan can quickly detect when such a missile is fired, intercepting it in time may not be possible.

The sail-through seems to have been a show of power by China's military, according to a Japanese government source, given that the vessel surfaced and raised a Chinese flag once exiting the contiguous zone into the East China Sea. "The Maritime Self-Defense Force is constantly monitoring the area around the Senkakus," and the submarine "likely sailed the route aware of the likelihood that it would be detected," the source said.

Others have suggested that the sub may have been conducting drills for a landing on the Senkakus or collecting information on the area's topography.

Onodera would not speculate on the motivation for China's move, saying, "There is no need to guess."