NONTHABURI, Thailand -- In state-of-the-art laboratories set in a lush, green landscape -- and with help from communist-ruled Cuba -- nearly 200 researchers and technicians are paving the way for Thailand to take an ambitious stride into the expanding market for biopharmaceutical drugs.

The emerging facility in Nonthaburi, northwest of Bangkok, is part of a Cuban drive to exploit growing global interest in biopharmaceuticals, also known as biological products, which are pharmaceutical drugs derived from living sources. The fast-growing sector will account for nearly 20% of global pharmaceutical market sales this year, according to McKinsey, a U.S.-based management consultancy.

Cuba, which built a pharmaceutical production industry after its 1959 socialist revolution, has long used international medical diplomacy as a political weapon, and sees significant prospects for foreign exchange earnings from biopharmaceuticals, especially in Asia.

CIMAB S.A, the commercial arm of the Center of Molecular Immunology, the Cuban government's institute for cancer research, has already transferred technology to Biotechnology Pharmaceutical, a Beijing-based joint venture with three Chinese companies, which will produce monoclonal antibodies for use in cancer treatments. In India, a separate joint venture is producing a similar drug for head and neck cancers. 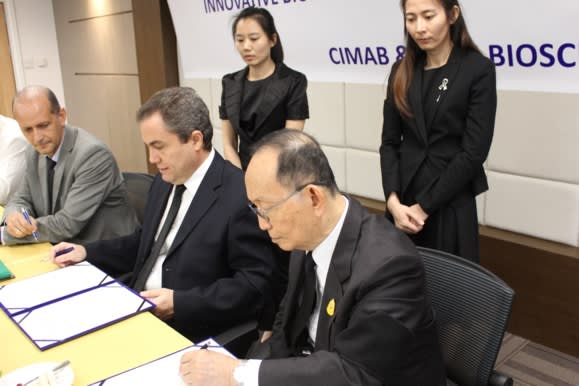 Chairman of the board of directors of Siam Bioscience Snoh Unakul, right, and Cuban Ambassador to Thailand Hector Conde Almeida, center, sign the joint venture agreement to establish Abinis in Bangkok on Oct. 6. (Photo by Marwaan Macan-Markar)

The deal builds on a two-year relationship between Siam Bioscience and CIMAB S.A. that has already enabled the Thai company to produce two biopharmaceutical therapies patented by the Cuban company -- hemaplus, used in treatments for renal failure, and leucoplus, which reproduces white blood cells for patients undergoing chemotherapy. Both went on sale in Thailand in 2016.

"We explored with many technologies and settled for this new front for these new drugs," said Apiporn Pasawat, chairman of the executive committee of Siam Bioscience, which is 100% owned by the investment arm of the Crown Property Bureau, the holder of Thailand's royal family's assets. "We know the Cubans are very good in biopharmaceutical development, and it took us two years to negotiate the first deal." Thailand sees biopharmaceuticals as a way of reducing growth in healthcare expenses, estimated at 500 billion baht ($15 billion) a year and forecast to grow as the population ages. Abinis is also seen by Thailand's Board of Investment as a high-tech flagship of the ruling military junta's "Thailand 4.0" policy of seeking investment in research and development to boost the economy.

Cuba's roots in biotechnology development go back 30 years, driven by the ruling Communist Party's desire, shaped by former President Fidel Castro, for the state to produce its own drugs and make them available globally at affordable prices -- a strategy aimed at providing Cuba with much-needed pharmaceuticals while also building global soft power through healthcare.

Biotechnology is the third phase of the strategy, which began with the dispatch of Cuban doctors to Africa, and was followed by the provision of training for doctors from Africa and Asia. 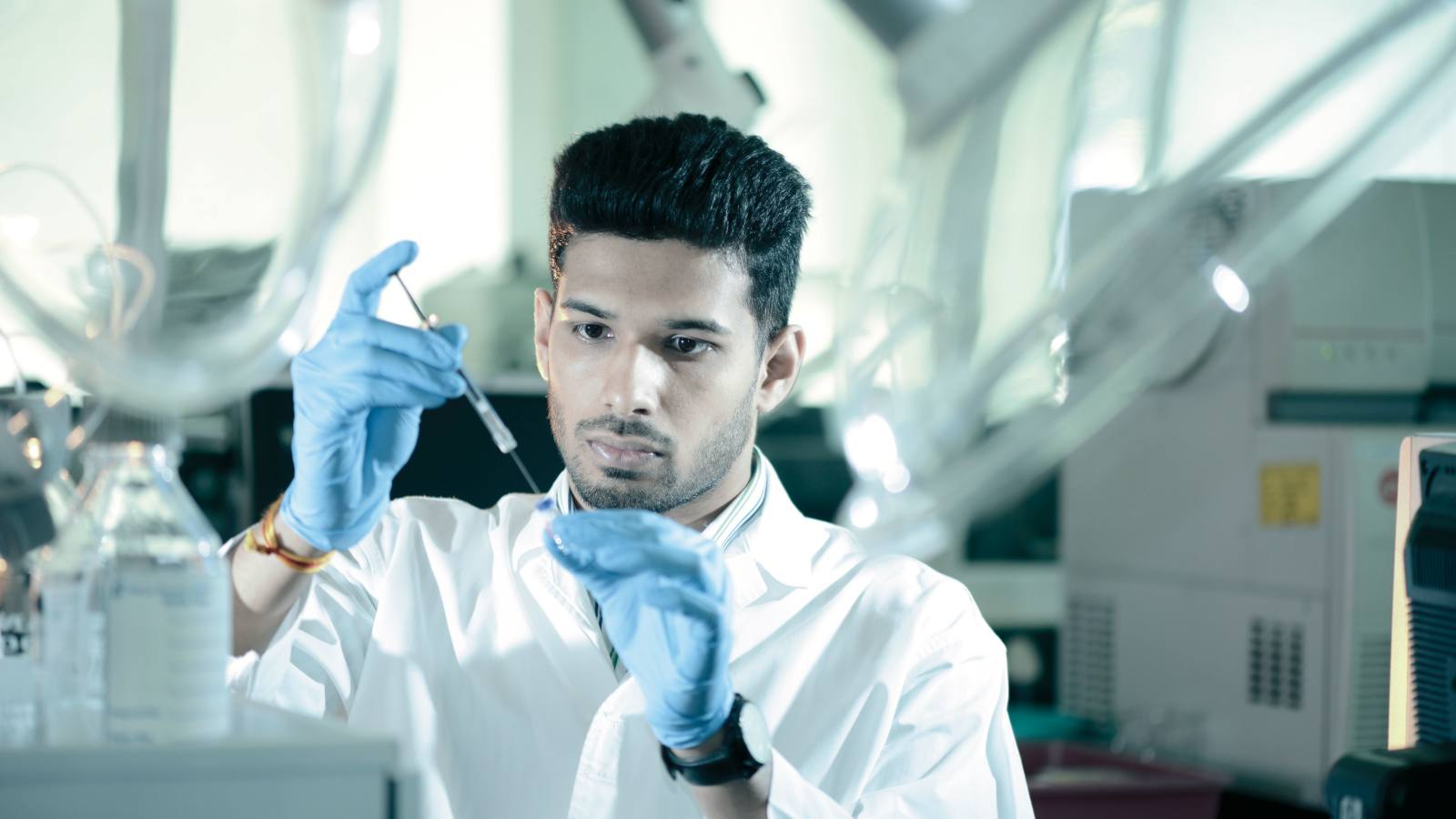 Laos and Vietnam, two of the world's five remaining communist ruled countries, continue to benefit from Cuban medical exchanges. Early this year, 17 Cuban doctors began a medical mission in Vietnam to boost healthcare capabilities in obstetrics, gynecology and pediatrics. They are among 40,000 Cuban doctors on similar missions globally.

Cuba has also provided emergency medical care in Indonesia and Sri Lanka, after the 2004 tsunami; in Pakistan, after an earthquake in Pakistan-ruled Kashmir in 2005; and in the remote Pacific countries of Kiribati and the Solomon Islands.

"Medical diplomacy needs affordable and new drug products to follow our team of doctors," said Ernesto Chico Veliz, general manager of CIMAB. "Our production facility for biopharmaceuticals is full, so we needed a new site and were attracted by what Thailand offered."