Demanding trade pact, US dials up pressure on Japan 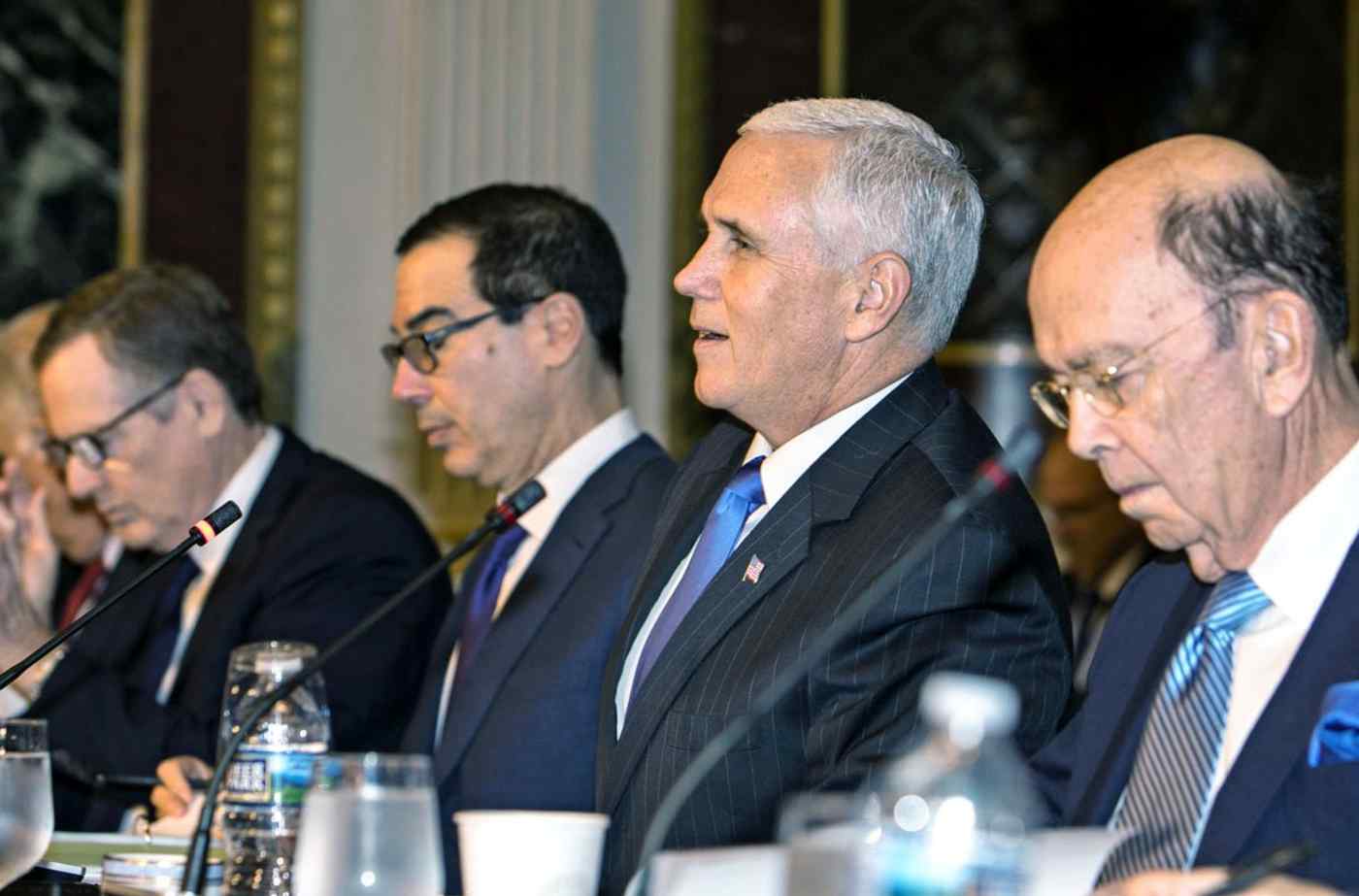 WASHINGTON -- The U.S. has begun pushing outright for free trade talks with Japan, leaving officials in Tokyo scrambling to prepare for what could be an uphill battle with Washington over agriculture and automobiles.

Vice President Mike Pence informed Deputy Prime Minister Taro Aso on Monday that the U.S. has a strong interest in launching free trade negotiations, becoming the first American official to confirm in high-level talks what Japan has feared for months. The pair met here for the second round of an ongoing economic dialogue.