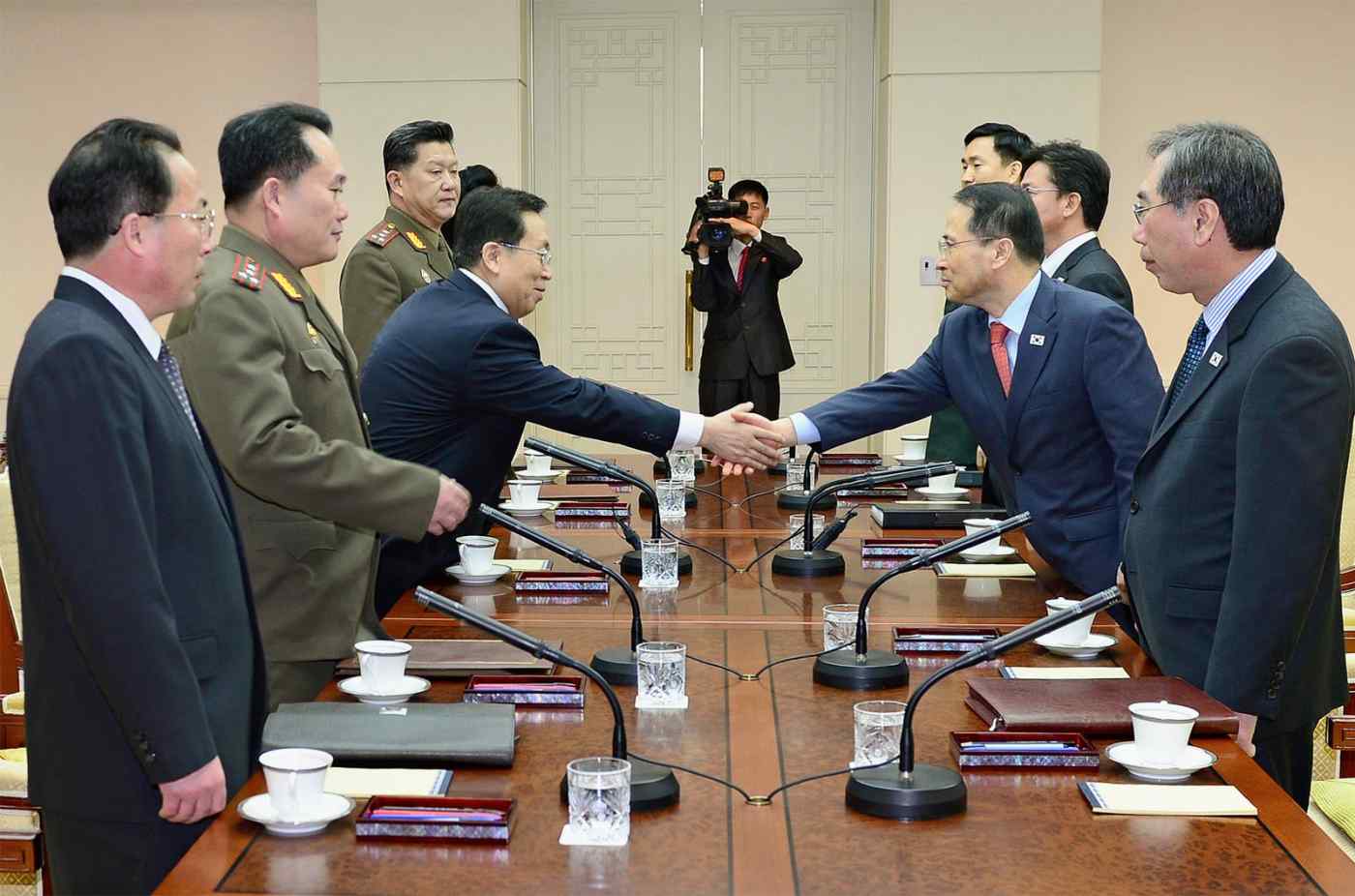 North and South Korean officials meet in this photo, provided by the South Korean Ministry of Unification, amid global attention to whether the day will come when the two Koreas will be reunited.
YOICHI TAKITA, Nikkei senior staff writerMarch 13, 2014 13:00 JST | North Korea
CopyCopied

TOKYO -- After nearly 70 years of separation, a reunification of North and South Korea could be just around the corner.

That is the prediction from Ian Bremmer, the founder and president of political risk research and consulting company Eurasia Group of the U.S. It is a view worth considering given his company's track record: A review of Eurasia's top 10 risks for 2014, announced in January, reveals many of those predictions have already come to pass.

Unlike in previous years, this year's list was dominated by political rather than economic concerns.

Eurasia ranked turmoil in emerging nations as the second-biggest risk for this year. "Slowing growth, sputtering economic models, and rising demands from newly enfranchised middle classes create heightened uncertainty." This assessment has been borne out in the so-called fragile five economies of Brazil, India, Indonesia, South Africa and Turkey.

The "capricious Kremlin" under Russian President Vladimir Putin is the No. 9 risk because "his popularity has steadily slipped to its lowest level since he came to power in 2000" and because "Russia's economy is stagnating."

The prediction should be considered accurate in view of the deepening crisis over Ukraine.

Eurasia is far from optimistic about China, number three on its list of risk. Given the "fundamentally changed information environment" in which control is much more difficult coupled with the losers that will inevitably be created in the process of economic reform, Eurasia said the leadership of the Chinese Communist Party will face tough "political tests."

"Missteps could undermine the broader reform process and the leadership itself."

Indeed, attention has been riveted on China's struggle with a slowing economy and flawed financial system.

As the biggest risk for 2014, Eurasia picked the U.S.'s "troubled alliances." Its closest allies -- Israel, Britain and Japan -- will have to make the best of a "worrisome geopolitical environment," it said.

While many of Eurasia's predictions at the start of the year have proved accurate, it has changed its stance on North Korea.

In January, the company did not include North Korea on its list of top risks or even in the "red herrings" quasi-risk group. Re-evaluating the situation, Bremmer determined that Pyongyang's sudden self-destruction would come as no surprise, with reunification of the two Koreas following soon after.

Bremmer visited Seoul for two days early in March and met with many South Korean leaders. Through these meetings, he said, received the impression that the government anticipates reunification sooner rather than later and is resolved to more openly discuss and prepare for the prospect.

In particular, Bremmer noted that when South Korean President Park Geun-hye recently talked about a possible reunification, she did not refer to North Korea's launch of missiles mere hours before.

In her New Year's message, Park spoke of the great benefits that reunification would bring. Speaking at the World Economic Forum's annual meeting in January, she said a reunified Korea would also be a boon for neighboring countries, according to South Korean daily JoongAng Ilbo.

Nevertheless, there are issues to be considered first, such as the potential risks posed by a reunified Korea with nuclear weapons will be a threat to Japan. Cost is another concern. Japan, for instance, would likely be asked to shoulder a considerable portion of the estimated 10 trillion yen ($96.2 billion) cost of reunification.

At first glance, reunification seems unthinkable. But the unthinkable has already happened more than once this year.

Governments, businesses and markets, unless prepared, should become panic-stricken if something unexpected happens. They should avoid regretting unpreparedness with an excuse that the Asian situation is enigmatic and unpredictable.