Experts split on what game US, North Korea are playing

Verbal jabs could continue, but actual fisticuffs may break out TOKYO -- Security analysts in Japan are split on whether Washington and Pyongyang's verbal sparring will lead to further military provocations.

Narushige Michishita, a specialist in international security at the National Graduate Institute for Policy Studies in Tokyo, sees the threats are "simple jabs" and that the two countries are not trying to land real blows.

Meanwhile, Lee Jong Won, a professor of international relations at Japan's Waseda University, believes North Korea could escalate things in the next month or so, possibly with a nuclear test.

Washington and Pyongyang's latest war of words came after the U.N. Security Council over the weekend unanimously called for new economic sanctions on North Korea.

They also follow reports of a U.S. intelligence assessment that concluded North Korea has successfully produced a miniaturized nuclear warhead that can fit inside a missile.

On Tuesday in the U.S. state of New Jersey, President Donald Trump said North Korea faces "fire and fury" if it makes anymore threats toward the U.S.

The Nikkei Asian Review spoke to Michishita and Lee separately. Here is a brief rundown of the conversations. 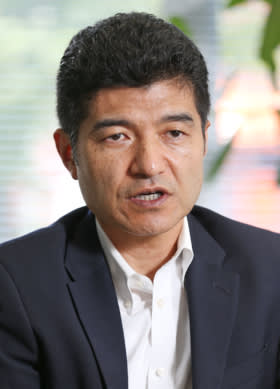 Q: Mr. Michishita, What are your thoughts on the previous day's rhetorical exchange?

Michishita: Trump's comment is certainly stronger than his preceding remarks. It even suggests the U.S. may take military action. It's as though Trump has taken a path of "coercive diplomacy" to put pressure on North Korea. But I believe he meant to up the rhetoric to heighten the effect of the U.N. Security Council's move.

Q: The sanctions include a ban on North Korean coal and iron exports. They also limit seafood exports and the hiring of North Korean laborers abroad. But the Security Council has sanctioned North Korea before. What is your assessment of this latest resolution?

Michishita: It is a very good resolution, and the Security Council got really serious this time, putting substantial pressure on North Korea. Now it is up to the U.S. and other major countries to properly execute the sanctions. The key is China and how seriously it will cooperate.

Think of Trump's threat as also being aimed at Beijing. China faces a greater risk than the U.S. should anything happen next door. It does not want instability on the Korean Peninsula.

So Trump's words may have been meant to also increase the pressure on China to properly execute the sanctions.

Q: Now North Korean state media is discussing strikes on Guam. How likely is it that the strong statements of the past 24 hours will be backed up by military action?

Michishita: North Korea and the U.S. are simply exchanging words at the moment. Because of what Trump said, Pyongyang pushed back. It is interesting that Pyongyang mentioned Guam, not Hawaii or U.S. mainland cities like Los Angeles, not even Alaska, following its successful test-firings of intercontinental ballistic missiles. North Korea's pushback was quite suppressed.

North Korea also knows that the U.S. is not really in a position to use military force. Washington and Pyongyang are just exchanging jabs. In the short term, the U.S. is really trying to ensure that the sanctions are properly implemented.

Both sides are throwing light jabs and refraining from landing heavy blows.

Michishita: As the U.N. Security Council has just passed the resolution, we have to wait and see whether China will cooperate with the U.S. If it takes a considerable amount of time for the resolution to be properly executed, we might see North Korea once again taking its usual course of action and test-fire another missile. On the other hand, if North Korea shows movement to relieve the tension, it can be said that the sanctions this time are effective, making North Korea uneasy.

Q: Mr. Lee, what significance do the U.S. intelligence assessment and Trump's "fire and fury" statement have? Lee: North Korea has already claimed it has succeeded in [fitting a nuclear warhead on a missile]. Now the U.S. shares the same understanding. Trump has said that all options are on the table, but now the threat has moved forward. This time, Trump's words more strongly suggest military action.

Q: What do you think North Korea is trying to achieve by threatening Guam?

Lee: For North Korea, they are intentionally heightening the tension and showing a firm stance ahead of U.S.-South Korea joint military exercises later this month. There are two objectives behind this. First, by becoming a nuclear state, it wants to pressure the U.S. to come to the table for direct talks. This has always been Pyongyang's aim. Second, North Korea wants to conduct another nuclear test. A sixth nuclear test could help it diversify the types of warheads in its arsenal.

Q: So you think North Korea could escalate matters?

Lee: North Korea is trying to use the sanctions, the joint military exercises and Trump's threat to justify further nuclear and missile tests. As Sept. 9 is North Korea's foundation day, there is the possibility of new tests and a slightly more aggressive Pyongyang until then. The regime thinks it has a deterrent with the missiles. Pyongyang is raising tensions by itself, judging that the U.S. cannot really take military action.

North Korea would like to have more complete nuclear missile capabilities, which it thinks could get the U.S. to enter into direct negotiations. Although threats of military action are being made, both sides want to avoid the cost of war. While trying to create a sense of crisis, the North is really seeking diplomacy. This is their usual brinkmanship. China and Russia will also try to avoid any heightened tensions in their neighborhood.

Because we are so deep in this game, though, an accidental provocation is always a concern.