In or out of TPP, Washington's pressure has Tokyo fretting

TOKYO -- Japan is in a trade bind. The country is trying to resurrect the Trans-Pacific Partnership agreement, minus the U.S. At the same time, it is under pressure from Washington to negotiate a bilateral trade deal.

A lot of balls are up in the air. 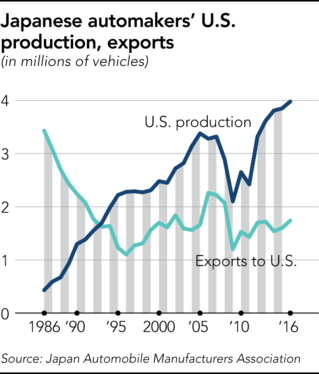 But the attempt to achieve a deal among the 11 remaining countries, dubbed the TPP 11, has Japanese businesses worried that Washington may make tough demands on Japan to open its market through bilateral negotiations.

A Republican close to U.S. President Donald Trump did not rule out this possibility and said the administration's goal, indeed, is a bilateral free trade deal with Japan, and, if Japan pushes for the TPP 11, Washington would have to speed up its efforts.

Trump pulled the country out of the multilateral trade deal via executive order soon after his inauguration.

However, Japan's Deputy Prime Minister and Finance Minister Taro Aso said, "I don't think it's the wrong approach" at a Tuesday meeting of the House of Councilors Committee on Financial Affairs in calling for support on the government's bid to rejuvenate the TPP.

Japan's farmers are especially wary of a potential U.S. reaction to the TPP 11. In his Senate confirmation hearing, Robert Lighthizer, Trump's nominee for U.S. trade representative, indicated Japan would be a primary target for a U.S. push to open markets for its agricultural products.

Feeling the heat, Japan's Minister of Agriculture, Forestry and Fisheries Yuji Yamamoto was tight-lipped with his views on the TPP 11 when he said, "I want to proceed cautiously."

And it is not just the farmers. Japan's automakers are also getting jittery. Trump has called out both sectors as being unfair on the trade front.

Japan's auto exports to the U.S. have largely halved in the past three decades to about 1.7 million vehicles, while their U.S. production grew sixfold in the same period to nearly 4 million. But the U.S. trade deficit with Japan totaled $68.9 billion in 2016, of which autos represent $52.6 billion, making them a prime target of Trump's ire.

A Japanese trade industry official anticipates demands to open the country's auto market. "Japan's tariff [on U.S. autos] is already zero," the official said. "There's nothing to negotiate with the U.S."

But Washington may still demand removal of nontariff barriers.

Whether or not the TPP 11 happens, Washington is expected to seek a bilateral trade deal with Japan. But some say there is a chance the U.S. may not focus on Japanese autos fearing that doing so may cause Japan to retaliate by demanding the U.S. cut its auto tariffs.

However, many think Japan is at a disadvantage on the agriculture front, and some farming insiders argue Tokyo should use the TPP 11 as leverage to achieve a more favorable outcome.

Under the TPP terms that the parties -- including the U.S. -- agreed on in principle in 2015, Japan would exempt five "sacred" segments, including rice, beef and pork, and dairy products, from tariff cuts and abolish duties on 81% of all agricultural items under the deal, which was the lowest figure among the 12 nations. These terms are seen as representing the minimum conditions Tokyo could achieve without alienating domestic stakeholders.

Japan plans to maintain these terms in the TPP 11 talks starting in May. The strategy is to keep them intact and send Washington a strong message that Tokyo will not budge in agriculture talks.

EU to the rescue?

Another card up Tokyo's sleeve is the economic partnership agreement being negotiated with the European Union, where the focus is on farm trade. The parties aim to reach an agreement in principle by the end of the year.

"The idea is, if Japan signs a deal with the EU, that will make the U.S. nervous [about being left out] and want to rejoin the TPP," an official close to Prime Minister Shinzo Abe said, requesting anonymity.

Akio Mimura, head of the Japan Chamber of Commerce and Industry, a prominent business lobby, said Japan must learn to juggle several trade talks at once, each of which is multilateral, and be able to achieve favorable outcomes.

"Japan can only survive in a globalized world," he said.