Mindanao siege serves as a wake-up call on terrorism 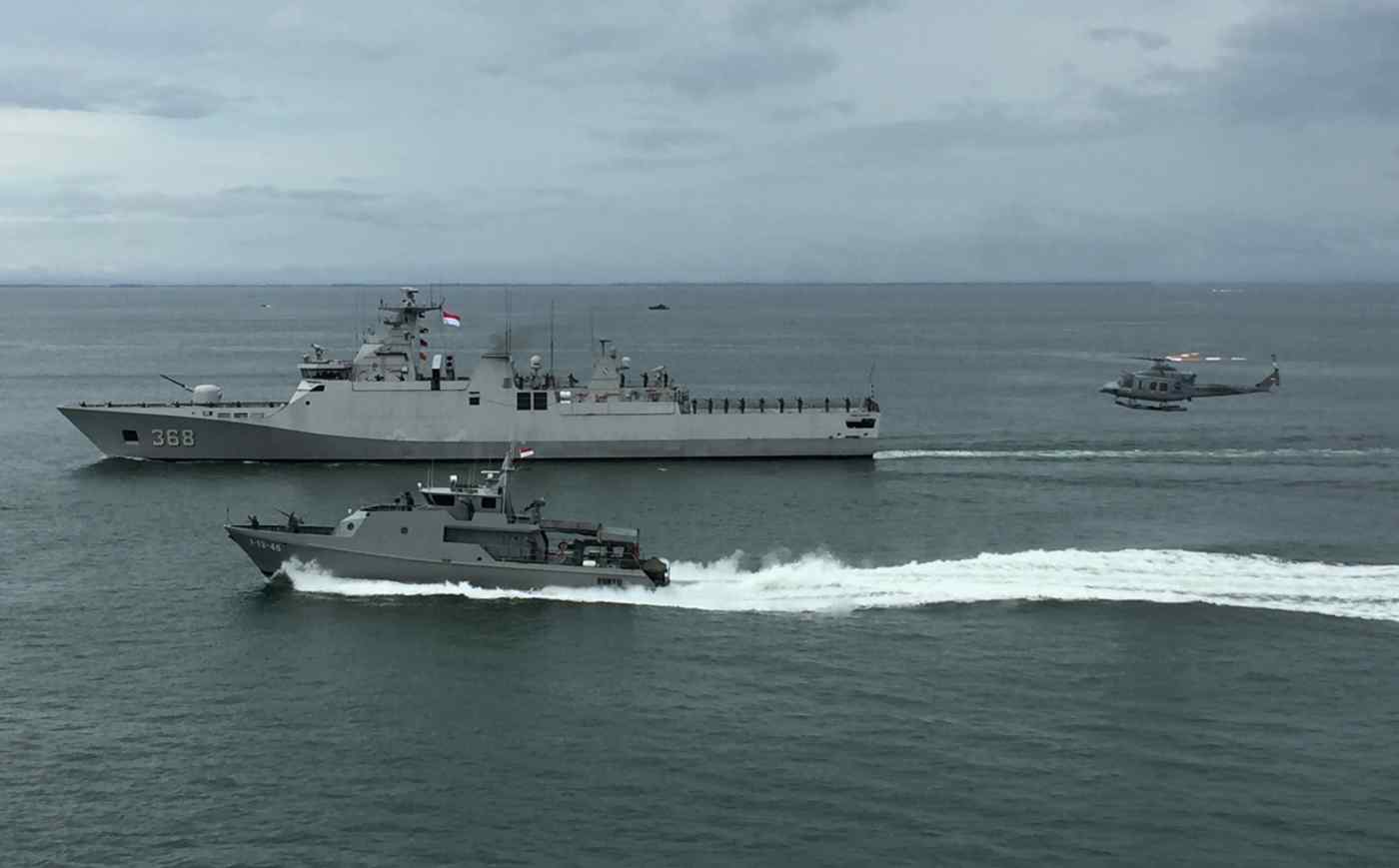 Defense ministers from the three countries kicked off the "Indomalphi" tripartite patrols aboard an Indonesian warship anchored at a port in the city of Tarakan, in the province of North Kalimantan. The ship then headed out to sea, where guests were presented with a display of force by around a dozen vessels and a drill that simulated rescuing hostages from pirates.

The patrols "will continue indefinitely -- until the problems of terrorism and piracy [around] the borders end," Indonesian Defense Minister Ryamizard Ryacudu said.

The operations will also include the three countries' air forces and armies, and will involve a submarine, reconnaissance aircraft and fighter jets in addition to naval ships, according to Gen. Gatot Nurmantyo, commander of the Indonesian National Armed Forces.

Nurmantyo, along with his Malaysian and Philippine counterparts, earlier in the day inaugurated a military command center in Tarakan that will serve as a center for intelligence sharing. Similar centers will be built in nearby Tawau, a city in the Malaysian state of Sabah, and Bongao, an outlying region in the southern Philippines.

The patrols will cover the Sulu Sea and the nearby Celebes Sea, where the three countries share maritime borders.

Plans for the patrols were agreed upon in May last year, following a string of abductions in the Sulu Sea. Militants from the insurgency group Abu Sayyaf -- based in the southern Philippines -- seized Indonesian ship crew members and other victims to hold for ransom.

The launch was delayed by sovereignty issues and technical problems. But the talks picked up again after another group of Philippine insurgents, the Islamic State-aligned Maute, attempted to take over the Philippine city of Marawi on Mindanao about a month ago.

"What's happening in Mindanao can also happen in Malaysia and Indonesia," Malaysian Defense Minister Hishammuddin Hussein said. IS "threats are real and must be tackled together."

Nurmantyo last week warned that some IS-aligned militants might flee the Marawi battle against the Philippines' armed forces and cross the sea to Indonesia. More than 300 people have been killed in the monthlong and continuing battle.

Top security officials from Singapore and Brunei were also present at Monday's event. Indonesia has expressed hope that the two neighbors will join the patrols.

"[The Maute attacks] should serve as a warning for us to be always ready to face a similar situation anytime -- given the sleeping [terrorist] cells present in each of our countries," Nurmantyo said.

Stressing that is "why the trilateral cooperation is needed," the general said, "Speed and accuracy in information [sharing] is very crucial for early anticipatory measures."