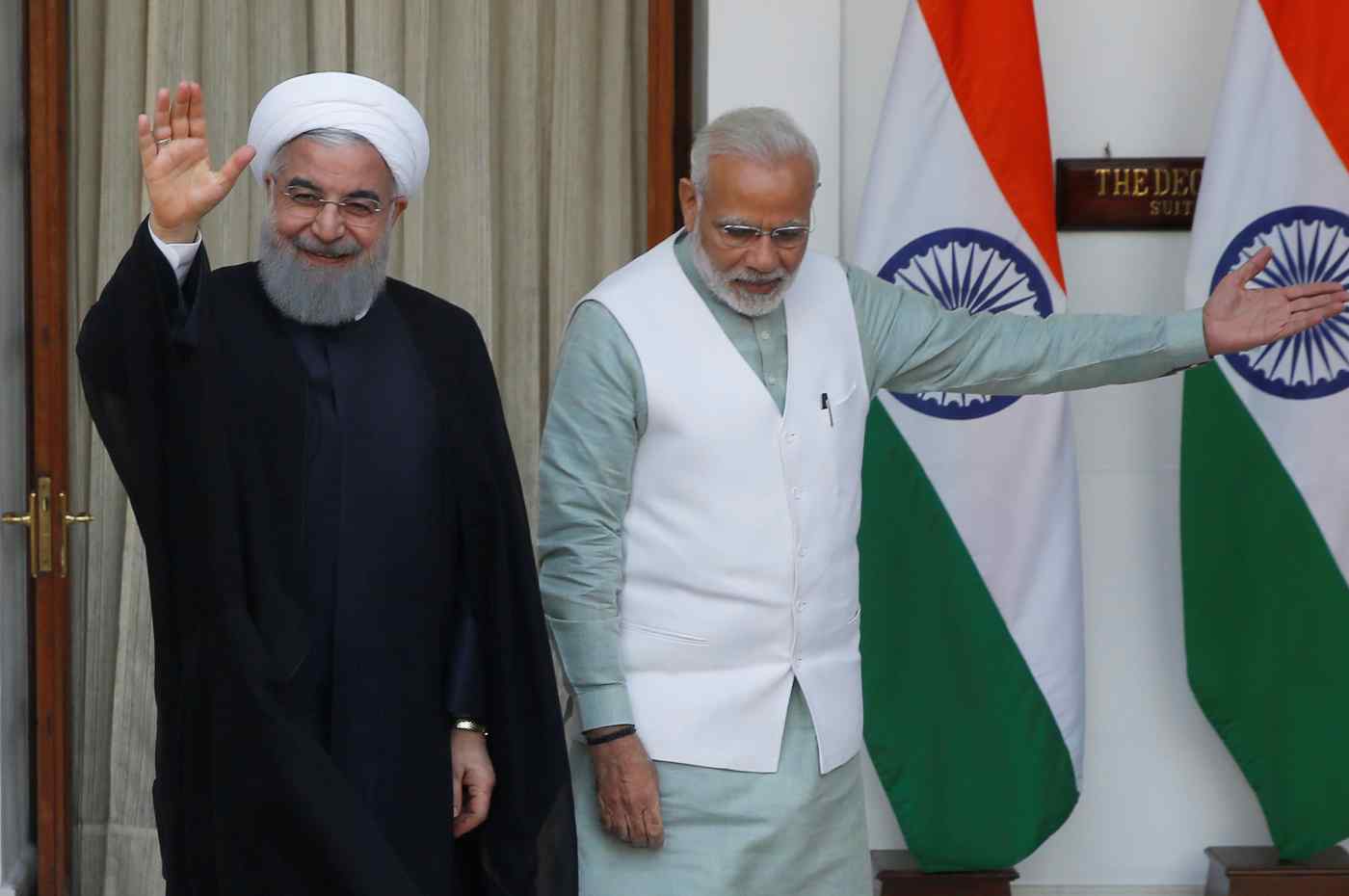 NEW DELHI -- India and Iran on Saturday signed nine pacts, the most consequential of which will allow India to lease part of the strategic Chabahar port, near the mouth of the Gulf of Oman.

"It is a matter of great pleasure for us that an Iranian President has traveled to India after a gap of 10 years," said Modi, who visited the Gulf nation in 2016. At a news conference with Rouhani, the prime minister added that the Iranian president's visit would strengthen the nations' historical and friendly ties.

A key focus of the discussions was infrastructure, particularly Iran's Chabahar port. India has committed to invest $500 million in developing the port.

During Modi's 2016 visit to Iran, the countries signed a commercial contract envisaging development and operation of the port's two terminals and five berths.

India badly wants the port developed, believing it will help India gain access to war-torn Afghanistan, where India is involved in rebuilding efforts. India also needs a route for its companies to take into energy-rich Central Asia. Pakistan, India's hostile neighbor to the northwest, does not allow overland access.

Among the nine agreements signed on Saturday was a lease between Iran's Port and Maritime Organization and India Ports Global Limited. The deal allows the Indian company to take over and run a part of Chabahar port's multi-purpose and container terminal for 18 months.

China is currently developing Gwadar port, in Pakistan, which also gives China a way into Africa.

Pakistan has given the communist nation rights to develop more than 2,000 acres in Gwadar, near its border with Iran.

Rouhani and Modi also discussed energy, trade and investment cooperation, friendly exchanges between both nations' citizens, terrorism and the situation in Afghanistan.

He called the talks positive in regard to trade, better banking relations and facilitating business travel between the countries.

Rouhani began his three-day visit to India on Thursday.