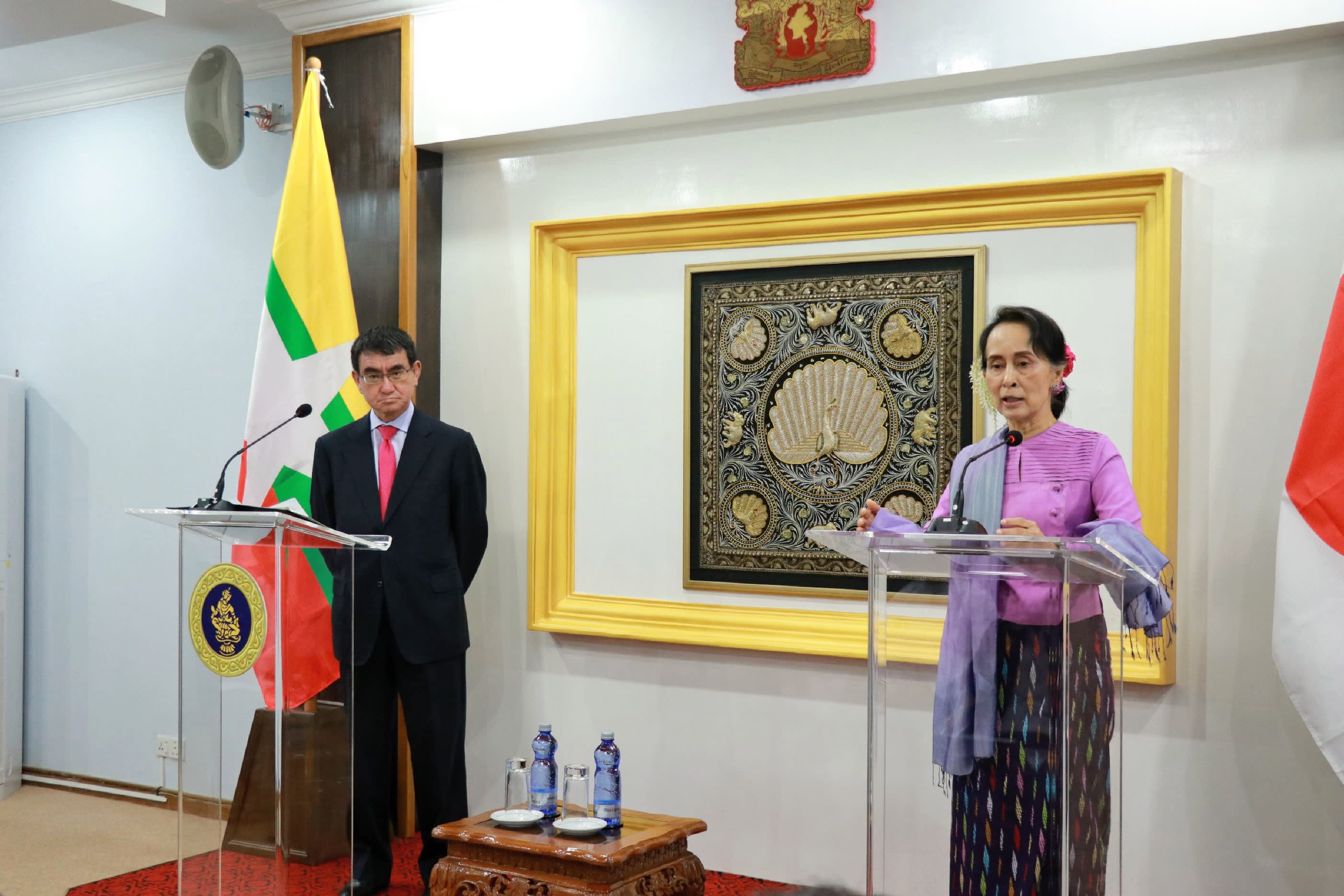 Kono and Suu Kyi, the state counselor and foreign minister, held talks in the capital of Naypyitaw and shared the view that it was critical to end ethnic strife with the Buddhist majority and other groups.

About 650,000 Rohingya have apparently fled the western state of Rakhine and elsewhere to neighboring Bangladesh, the United Nations estimates, since an attack on police in August by extremist Rohingya militants set off a sweeping and violent backlash.

Kono urged the Myanmar leader to help expand access to Rakhine for the media, the U.N. and human rights groups, and to promote the safe and voluntary return and resettlement of the refugees. He also called on Suu Kyi to act on the recommendations of an advisory commission led by former U.N. Secretary-General Kofi Annan for addressing problems around the Rohingya.

Suu Kyi restated her intent to work toward repatriating the Rohingya in coordination with Bangladesh, and said she would strive to implement Annan's recommendations. The main objective of Myanmar's government is to have trust, harmony and peaceful coexistence among all the people of her country living in Rakhine state, she said in a joint press conference following the meeting. The leader also expressed gratitude for Japan's support.

Of the additional $23 million in aid, $3 million was approved by the cabinet on Friday. The remaining $20 million is included in a supplementary budget for fiscal 2017 and requires parliamentary approval. Japan's total aid to the Rohingya would reach $57.6 million.

Kono also spoke with Myanmar military chief Min Aung Hlaing. Just Wednesday, the military admitted for the first time to killing Rohingya Muslims in a Rakhine village in September. The commander in chief expressed regret, recognizing that some people had acted in violation of military regulations, and said punishment would be sought for them.

Myanmar's constitution places maintaining public order and similar affairs under the military's sole purview, meaning Suu Kyi has no authority in this regard. At the joint press conference, the state counselor said the military's scrutiny and pursuit of punishment was a new step forward for her country.