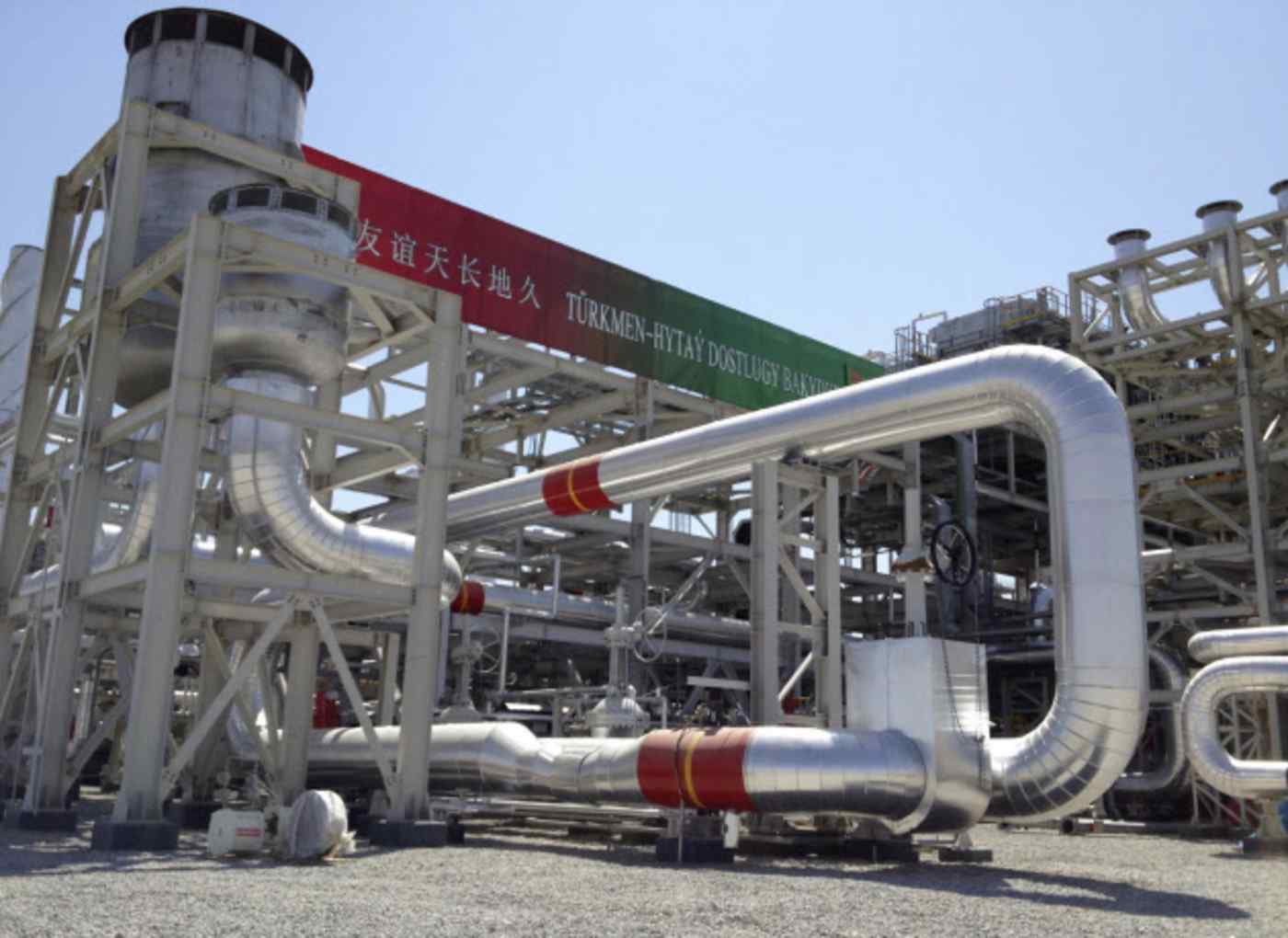 Turkmenistan is looking to purify some of its vast natural gas resources on its own.
October 22, 2015 02:00 JST | Japan
CopyCopied

Abe will travel to Mongolia and the Central Asian states of Turkmenistan, Tajikistan, Uzbekistan, Kyrgyzstan and Kazakhstan from Thursday to Oct. 28, holding top-level talks in each nation. The prime minister will be accompanied by a delegation of leaders from 50 businesses and other groups, including trading houses, banks and universities.

The Abe government hopes to bring Japanese companies up to 30 trillion yen in global infrastructure orders in 2020 -- triple the 2010 level. Abe's direct appeals to foreign leaders and economic cooperation measures are bringing that goal closer to fruition, though Southeast Asia, India and the Middle East have so far taken precedence over Central Asia.

Making up for lost time

Japanese industry has been slow to expand in Central Asia, due in part to continuing Russian influence over members of the former Soviet Union. Neighboring China has recently gained greater sway over economies there, and is now the largest trading partner of the five Central Asian countries Abe will visit. Through the Asian Infrastructure Investment Bank, China hopes to attract more business developing infrastructure in those nations.

Abe's trip is designed in part to advance Japanese interests, including in races for natural gas industry projects in Turkmenistan. The country holds the world's fourth-largest natural gas reserves and exports it in unrefined form to China, Russia and elsewhere via pipeline. But the country now looks to expand manufacturing of petrochemicals and other high-value-added goods to protect against sliding resource prices.

Engineering firm JGC and four other Japanese companies are seen locking in as early as this year a joint order on the scale of 1 trillion yen for a purification plant associated with the Galkynysh gas field -- the world's second largest. The government-affiliated Japan Bank for International Cooperation and Nippon Export and Investment Insurance, among others, are expected to help fund the project. A memorandum of understanding with state-owned Turkmengaz will be signed during Abe's visit.

Sumitomo Corp. and Mitsubishi Hitachi Power Systems will build a fossil-fuel power plant for 40 billion yen -- the first by Japanese companies in Turkmenistan. Mitsubishi Heavy Industries and Mitsubishi Corp. are expected to be officially awarded a contract for a 500 billion yen plant that will process methane from natural gas into chemicals.

The two Mitsubishi companies will also formalize a 110 billion yen agreement to build in Uzbekistan a plant converting natural gas into fertilizer. Representatives of trading house Toyota Tsusho will also accompany Abe, hoping to advance its bid for a 10 billion yen project building optical communications infrastructure in the country. Bidding could start before the year is out.

Plea from the top

Toshiba and others have their eyes on the contract for a new nuclear power plant in Kazakhstan, which boasts the world's second-largest uranium reserves. Though Russian and other foreign companies are also in the race, Abe plans to make a direct appeal to push Japanese interests to the fore.

Abe is also expected to announce partnerships to improve inadequate roads and other distribution infrastructure in Kyrgyzstan and Tajikistan. Economic growth in those two nations has fallen behind that of their more resource-rich neighbors.

Abe's visit will be the first in nine years by a Japanese prime minister to Central Asia, and the first ever to Turkmenistan, Kyrgyzstan and Tajikistan.