COLOMBO - In mid-December, K.C. Singh, a former head of India's external affairs ministry, criticized Indian Prime Minister Narendra Modi for alleged slackness in setting the parameters that shape the country's ties with its smaller neighbors. In India's immediate periphery, "invisible red lines must exist and be enforced," Singh argued in a commentary in an Indian newspaper.

The former diplomat's comments followed the surprise approval of a trade agreement between China and the Maldives, an Indian Ocean archipelago with a population of 400,000 that is regarded by New Delhi as being within its sphere of influence.

But the Maldives has not stopped there. In mid-December, "Vaguthu," a pro-government Maldivian news website, carried an editorial headlined, "India is not a best friend, but an enemy." The editorial urged the Maldives to find a new ally on the international stage. Earlier in December, the Maldives' Local Government Authority announced restrictions on the movements of Akhilesh Mishra, India's ambassador in Male, after the envoy met three councilors from the Maldivian Democratic Party, the main opposition to the increasingly authoritarian government of President Abdulla Yameen. The pro-Yameen authority also suspended the councilors for three months for meeting a foreign diplomat.

Political allies of Yameen have targeted Sri Lanka, Maldives' closest neighbor, with similar vitriol. In mid-November, Riyaz Rasheed, a parliamentarian from Yameen's party, accused the Sri Lankan government of being in cahoots with Maldivian opposition figures who were allegedly planning to overthrow the Yameen administration. 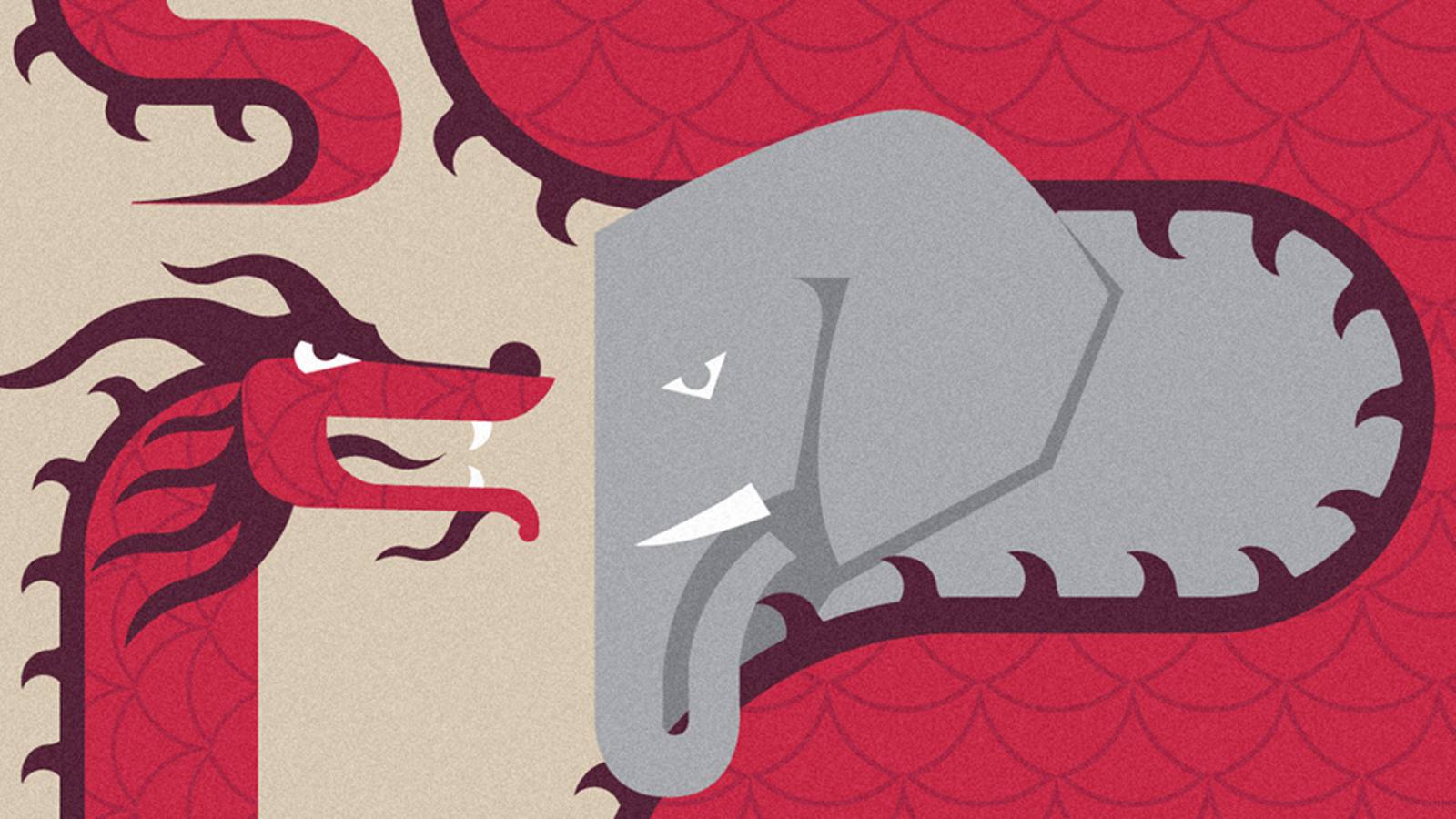 Diplomatic sources in Colombo, where many embassies accredited to both Sri Lanka and the Maldives are based, view these displays of boldness as a result of Yameen's growing confidence following deals with China on trade, loans and investments. Yameen is targeting a number of large infrastructure projects financed by Chinese loans -- including the $400 million expansion of the country's international airport -- to cement his popularity ahead of a presidential election that must be held by November 2018.

Yameen and his allies appear unfazed by international criticism. After restrictions were imposed on the Indian envoy, Joern Rohde, Germany's ambassador in Colombo, tweeted: "The deterioration in democracy and freedoms continues [in the Maldives]. Why does MAL Gvt mistrust its own people so much? Very concerning."

Atul Keshap, the United States ambassador in Colombo, mirrored similar thoughts in a tweet. "A further restriction on democracy and transparency in #Maldives: It appears that local elected officials can no longer meet diplomats and civil society [nongovernmental organizations] without central government permission. Why?"

Male's bravado coincides with growing political and economic concerns in the island nation, which is largely dependent on attracting high-end tourists to indulge themselves in idyllic tropical resorts. The International Monetary Fund's latest assessment of the Maldives has, for the first time, classified the country as a "fragile state," following two critical reviews. "The main reasons for the downgrade include a drop in score for business regulatory environment and the quality of budgetary and financial management from 2014 to 2016, amid a tense and unpredictable political situation," the IMF said in November.

The political temperature has also been raised by defections by parliamentary members of the Progressive Party of the Maldives, Yameen's political party, and victories by the opposition MDP in local elections in May.

The Maldives' $3.6 billion economy, which grew by 3.9% in 2016, remains highly volatile and "continues to face large and growing fiscal and external imbalances," the IMF said. The fund added that the Maldives may reap economic rewards from its planned infrastructure investments, but warned the government of "the continuing risks stemming from high and increasing public debt."

For now, Yameen's regime is taking little notice. In December, in a further sign of its growing confidence, the Maldives sent officials to the Middle East to seek investments intended to transform the Maldives into the "Dubai of South Asia." The officials pointed to the airport upgrade and an island reclamation project, also financed by China, as indicators of the economic potential of its infrastructure program.

The Maldives' burst of activity also suggests that India is facing a further challenge from China to its interests in South Asia, following an election victory by an alliance of communist parties with pro-China leanings in Nepal in early December and Sri Lanka's transfer of a strategically important port to a state-controlled Chinese company on Dec. 9.

Diplomats said China's South Asian ambitions may force New Delhi to explore options other than reminding the Yameen regime -- as it did in December -- that the Maldives has always maintained an "India First" foreign policy.