'Nothing is further from the truth,' envoy says, rebutting claims by UN chief 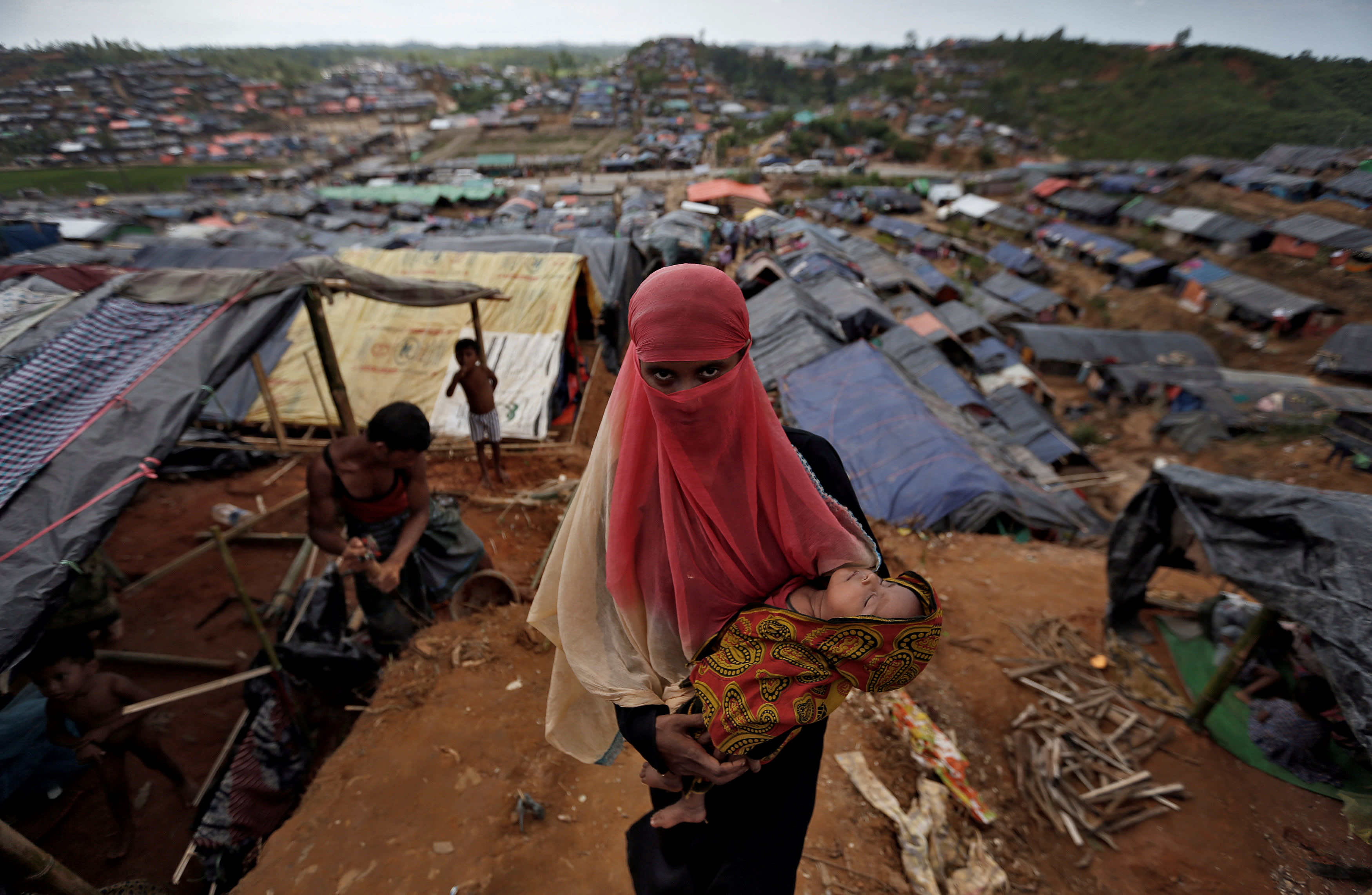 A Rohingya refugee with her baby at a refugee camp in Bangladesh.

UNITED NATIONS -- No ethnic cleansing is taking place against Rohingya Muslims in Myanmar, its U.N. ambassador told the 193 country representatives of the General Assembly on Monday, pushing back against broad condemnations from the international body.

"It is deeply regrettable that unsubstantiated allegations have been repeated in these chambers likening the situation in Rakhine state to 'ethnic cleansing,'" said Hau Do Suan, the Southeast Asian nation's permanent representative to the U.N.

"Nothing is further from the truth." He was exercising his country's right of reply to comments by representatives of other countries.

World leaders and high-level representatives gathered in New York to address the assembly this week, with many urging action on the situation in Rakhine, where an Aug. 25 attack on 30 police outposts and the subsequent military crackdown by government security forces have garnered international attention and sparked claims of ethnic cleansing.

The powerful military response, justified by the government as an anti-terrorism operation, has been plagued by reports of targeted arson, torture and rape. U.N. Secretary-General Antonio Guterres, a former head of the U.N.'s refugee agency, suggested earlier this month that the situation is indeed a case of ethnic cleansing, given the mass exodus of Rohingya into neighboring Bangladesh.

That refugee count has reached 436,000, according to the U.N.'s Office for the Coordination of Humanitarian Affairs. In his Sept. 19 speech to the General Assembly, Guterres called for Myanmar's government to "end the military operations" and "allow unhindered humanitarian access," calling the situation there "a vicious cycle of persecution, discrimination, radicalization and violent repression."

Myanmar's Buddhist majority denies the Rohingya Muslims citizenship, considering them Bangladeshis living in the country illegally. Hau Do Suan challenged claims that discriminatory practices and Rohingya-targeted government operations were responsible for the movement across the border, suggesting instead that the exodus is out of fear of terrorists.

"Many villagers had been intimidated to flee to Bangladesh side so that they can attract international attention. ... Villagers who were considered to be collaborating with the government were brutally murdered," he said. Over the course of the assembly, many prominent figures -- including French President Emmanuel Macron and U.S. Vice President Mike Pence -- called for the situation to be considered by the U.N. Security Council, which has held two closed-door meetings on the issue over the past month.

Though previous attempts at holding public meetings on the issue have failed -- for the most part due to Myanmar ally China holding a permanent seat on the council -- the council is poised to meet Thursday to discuss the situation, barring objections from members, at the request of seven members: the U.S., the U.K., France, Egypt, Kazakhstan, Senegal and Sweden. The crisis has drawn particularly harsh criticism from predominantly Muslim countries.

A declaration issued by the Organization of Islamic Cooperation on the sidelines of the U.N. General Assembly called for "immediate action" by the Security Council, asserting that the "systematic brutal attacks" against the Rohingya "has reached the level of ethnic cleansing."

Iranian President Hassan Rouhani, who was present at the OIC meeting, said at a news conference last week that the Security Council must make immediate decisions and slammed Myanmar's de facto leader, State Counselor Aung San Suu Kyi, for her failure to act.

"Those who have won peace prizes in the past today stand in complete silence watching these crimes take place, or, even worse, they are rendering aid to extremists," Rouhani said.