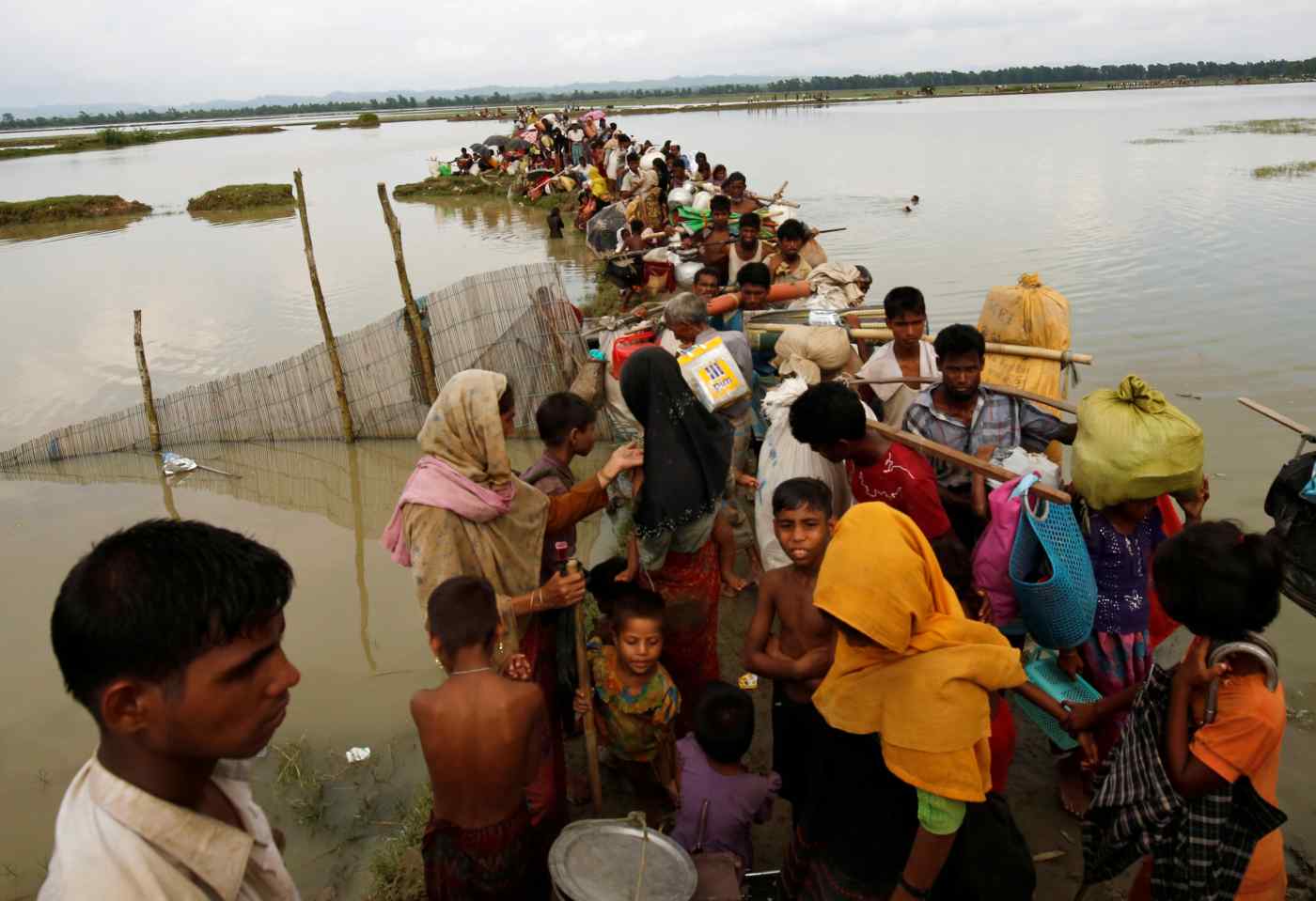 YANGON -- Myanmar's worsening Rohingya refugee crisis is drawing increasing fire from the international community, but the government continues to drag its feet in verifying the residency of those who have fled, leaving displaced people to languish in squalid camps along the border with Bangladesh. As the chorus of criticism has grown, State Counselor Aung San Suu Kyi, Myanmar's de facto leader, said in address on Sept. 19: "I can confirm now, we are ready to start the verification process at any time," adding, "Those who have been verified to have come from this country will be accepted without any problems and with full assurance of their security and access to humanitarian aid."

Ten days later, there is little sign of a move to bring the refugees home. In Bangladesh, people are increasingly frustrated with lack of proper shelter and medical facilities for the refugees.

The United Nations estimates that more than 500,000 members of the Muslim minority group have fled Myanmar since the country's security forces swept through Rohingya villages in Rakhine State in retaliation for attacks by Rohingya militants on police stations on Aug. 25.

The Myanmar government has said it will send Kyaw Tint Swe, minister for the office of the state counselor, to Bangladesh to make arrangements for the return of the Rohingya, but the situation on the ground remains murky. Myanmar's residency verification procedures are slowing the repatriation. Suu Kyi said the government will determine whom to admit based on screening procedures agreed with Bangladesh in 1993. The two countries agreed at that time to evaluate people's status using identity cards issued by the Myanmar government or documents verifying their addresses in Myanmar.

However, many of those who fled for their lives from recent military sweeps that saw their villages burn lack the documents needed to prove where they live.

Those who fled should be able to return to their homes in peace ... It will be especially important to avoid re-locating those displaced yet again to camp-like conditions.

The U.N. Security Council discussed the refugee crisis on Thursday. Secretary-General Antonio Guterres criticized Myanmar's repatriation policy, saying: "While [the government's pledges] may be a useful starting point, they are not sufficient in the present circumstances. It requires documents that the fleeing Rohingya may not be able to provide," he said.

There is also the problem of where the refugees will return to. Many villages have been destroyed. "Those who fled should be able to return to their homes in peace. ... It will be especially important to avoid relocating those displaced yet again to camp-like conditions," Guterres said.

Myanmar's state-run Global New Light of Myanmar newspaper reported that Win Myat Aye, minister for social welfare, relief and resettlement, who is handling Rohingya issue, offered a different view at a meeting in Naypyitaw on Wednesday.

"After the verification process, the refugees will be settled in the village of Dargyzar," the minister said.