SYDNEY -- After less than a week in the job, New Zealand's new Prime Minister Jacinda Ardern has talked up the possibility of ratifying the Trans-Pacific Partnership trade deal.

The 11 member countries remaining after the U.S. decision to withdraw from the pact are negotiating hard over the details and hope to reach an agreement by mid-November on its implementation.

Ardern's administration, which took over the reins of government last Thursday, has promised to renegotiate the terms of the deal, due to concerns relating to a campaign pledge to restrict foreign purchases of existing real estate in the country. But the new prime minister appears to have changed her stance, having come under pressure from the country's dairy industry.

Speaking on a radio broadcast on Monday, Ardern said, "I'm looking to try and resolve that issue before we go to APEC," referring to the Asia-Pacific Economic Cooperation summit scheduled for Nov. 10-11 in Danang, Vietnam, when Japan and other members will try to reach a basic agreement on the TPP.

In the run-up September's general election, Ardern's Labor Party fiercely criticized the government for its pro-TPP stance, claiming that the then-ruling National Party was neglecting efforts to protect the housing market from foreign investors.

The Labor Party pledged to impose a ban on foreign nationals  buying property in order to curb soaring house prices. It called for a renegotiation of the TPP so as to ensure that Wellington can restrict foreign investment in real estate.

But after being briefed on the negotiations by government officials, Ardern said, "we are no longer in this binary position of choosing one [TPP] over the other [property purchase restrictions]." 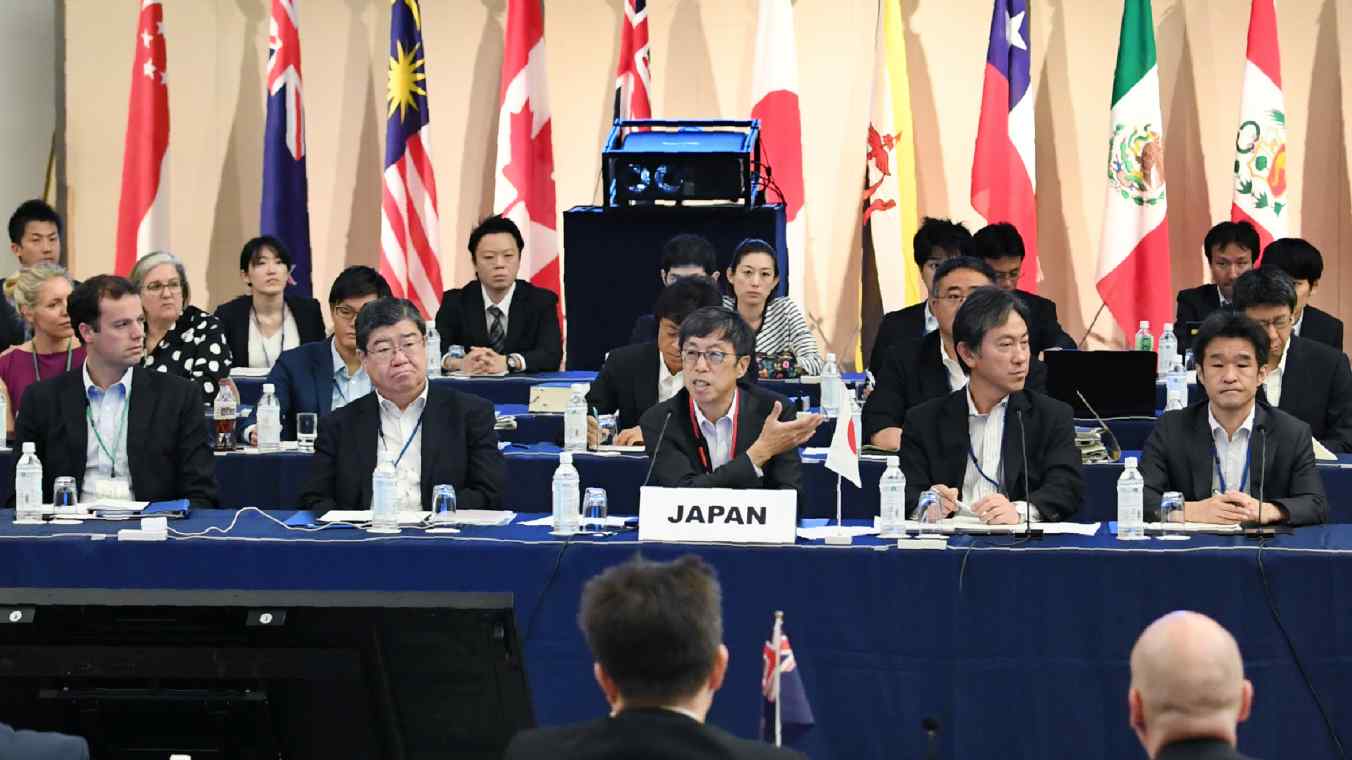 Before she heads for Vietnam, she said, the country aims to remove one of its "biggest stumbling blocks for TPP11."

"If we find the right mechanism to be able to get this in place before ratification, then it could take effect," she said in relation to how New Zealand can balance the implementation of property restrictions with reaching an agreement on the TPP.

Although details have not been disclosed, experts said that Ardern's government is considering measures such as introducing legislation regulating property purchases by foreign nationals before signing a revised treaty.

The new administration's positive stance on the pact comes amid growing domestic calls for a basic agreement ahead of the APEC summit; the dairy industry, a pillar of New Zealand's economy, has repeatedly demanded the country participate in the deal.

The Ardern administration "are getting briefings from the Ministry of Foreign Affairs and Trade. We have a relationship with the new Minister for Agriculture," Katie Milne, National President of Federated Farmers, told The Nikkei on Monday. "It's very important we do have a successful outcome to TPP11."

An early conclusion to TPP negotiations is imperative for New Zealand if it is to compete with Australia, which is pressing ahead with developing a market for its beef and other agricultural products in Japan through a bilateral economic partnership agreement.

While the TPP no longer includes the gigantic U.S. market, Japan is "a very important trade partner and we'd like to have better terms of trade for our produce going in," Milne said.

"We do want to make sure that, as a party that believes in free trade and has championed it," Ardern said, "we wanted to be able to support our exporters."

Ardern has been holding talks with Trade and Export Growth Minister David Parker and the Ministry of Foreign Affairs and Trade since being sworn in on Oct. 26.

"There are undoubted trade benefits in TPP 11," Parker said during an interview with the NZ Herald carried in its Monday edition.

A meeting of chief negotiators from the 11 remaining TPP member countries got underway in Tokyo on Monday -- the last such gathering before the APEC summit.

The members are calling for the shelving of a list of rules the U.S. had insisted on before its withdrawal, at least until Washington returns to the pact, with each claiming they could be detrimental to their own interests.

The scope of the freeze will be the main focus of the meeting; expanding it too much would "make it difficult for the members to come to an agreement," according to a source from the Japanese negotiation team.

Japan is hosting the talks with the aim of leading debate and charting a course toward a settlement.

From Tuesday, plenary sessions will be held until the end of the three-day meeting, where chief negotiators will try to clear a path for a political settlement at the APEC summit.