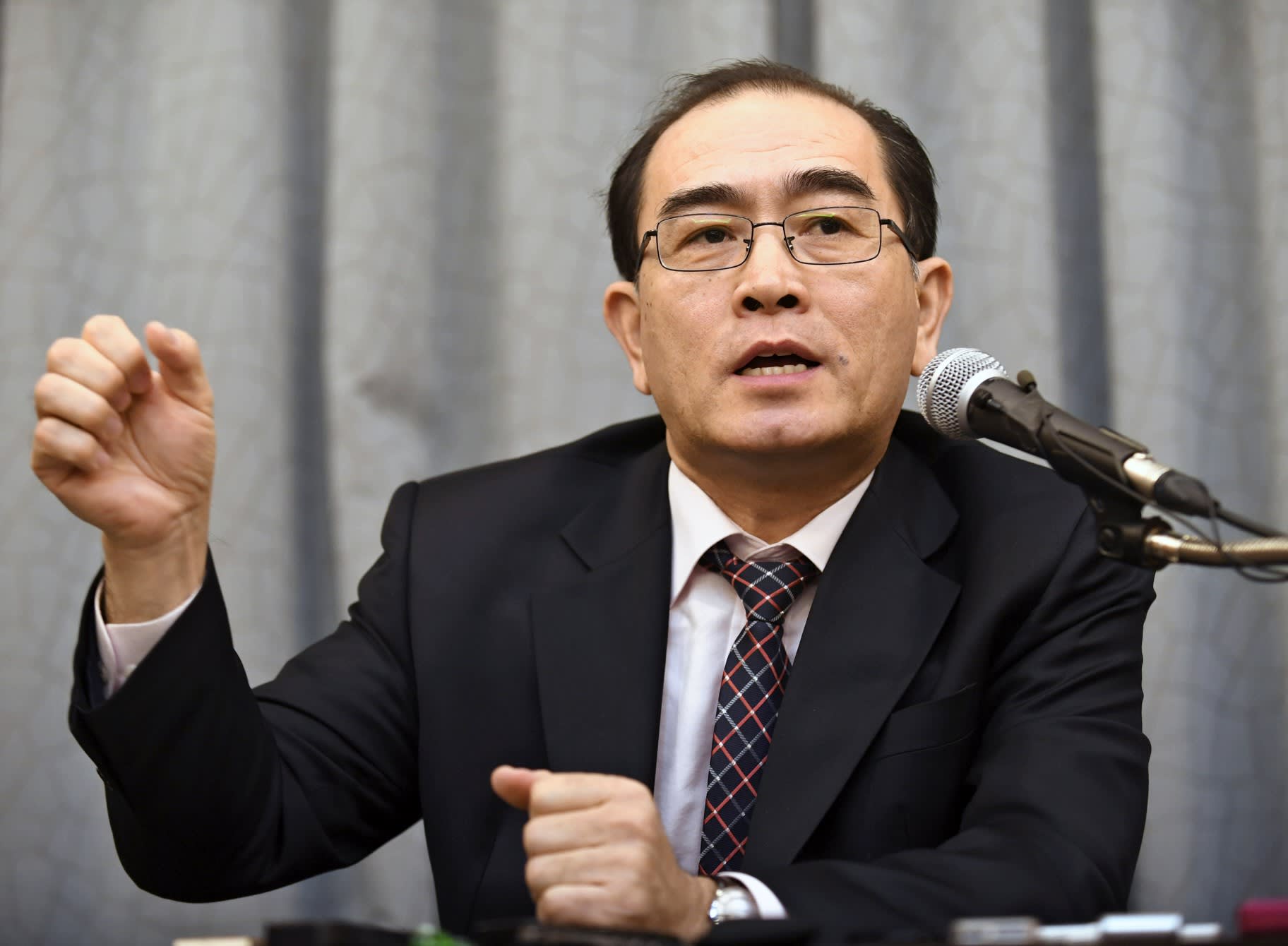 SEOUL -- North Korea has been producing biological and chemical weapons since the 1960s for a potential strike against South Korean cities, Thae Yong Ho, the North's former deputy ambassador to the U.K., said here Wednesday.

"North Korea has deployed about 1,000 long-range weapons around the demilitarized zone" between the two Koreas, Thae said in a news conference with Japanese media. The former diplomat defected to South Korea last summer.

"In the North, even households and workplaces have equipment and antidotes against biological and chemical weapons," he added.

VX nerve agent, which is classified as a chemical weapon, was detected in the body of Kim Jong Nam, the half brother of North Korean leader Kim Jong Un slain in Malaysia on Feb. 13.

Thae claimed that the existence of Kim Jong Nam and his son, Kim Han Sol, remain unknown among the North Korean public. As a direct descendant of North Korean founder Kim Il Sung, he is part of the "Paektu" bloodline. Kim Han Sol thus could be considered a threat to Kim Jong Un's hold on power. From Kim Jong Un's perspective, he should be eliminated, Thae said.

The former diplomat also discussed the four rockets launched Monday by North Korea. Pyongyang's goals include demonstrating confidence that none would fall on North Korean territory, either from a midair explosion or some malfunction, and to prove the rogue nation has a nuclear capability.

Thae ruled out any possibility of Kim Jong Un abandoning nuclear development, arguing that the North Korean leader is convinced that the U.S. and South Korea will never attack the North if it possesses nuclear weapons. Kim also wants to present himself as a great leader to the North Korean people, Thae said.

"It does not matter how Kim Jong Un's governing style is seen by the world," Thae said. "Kim Jong Un is concerned with how the citizens and elites at home see him. If he can successfully control the public, he thinks he can realize a long reign as his father and grandfather did."

But the regime would not survive for even a few years if China wanted it to collapse, Thae said. "It only needs to stop all trade with North Korea and to close off the border," the defector said.

However, Thae argued that Beijing was unlikely to adopt such a policy. "For China, North Korea is a buffer zone," he said. "Its main concern is not removing nuclear weapons but ensuring political stability there."

Thae expressed concern that the U.S. and other countries could end up allowing North Korea to retain nuclear power if they agree to halt military drills, lift sanctions or provide economic assistance in exchange for the North freezing its nuclear and missile program. "Toppling the regime is the only way" to resolve the country's nuclear threat, he said.

Regarding the North Korean economy, "Kim Jong Un is focused on construction in Pyongyang and has significantly damaged the economic structure," Thae said. He claimed that major problems persist regarding energy and food.

The defector also was asked about Megumi Yokota, a Japanese schoolgirl abducted by the North in 1977. "I had heard she was dead," he said, citing a message from a department in the North Korean Foreign Ministry. But it is unclear how credible this message was.

"North Korea is interested in what kind of economic benefits it can draw out from Japan for the abduction issue," Thae said.