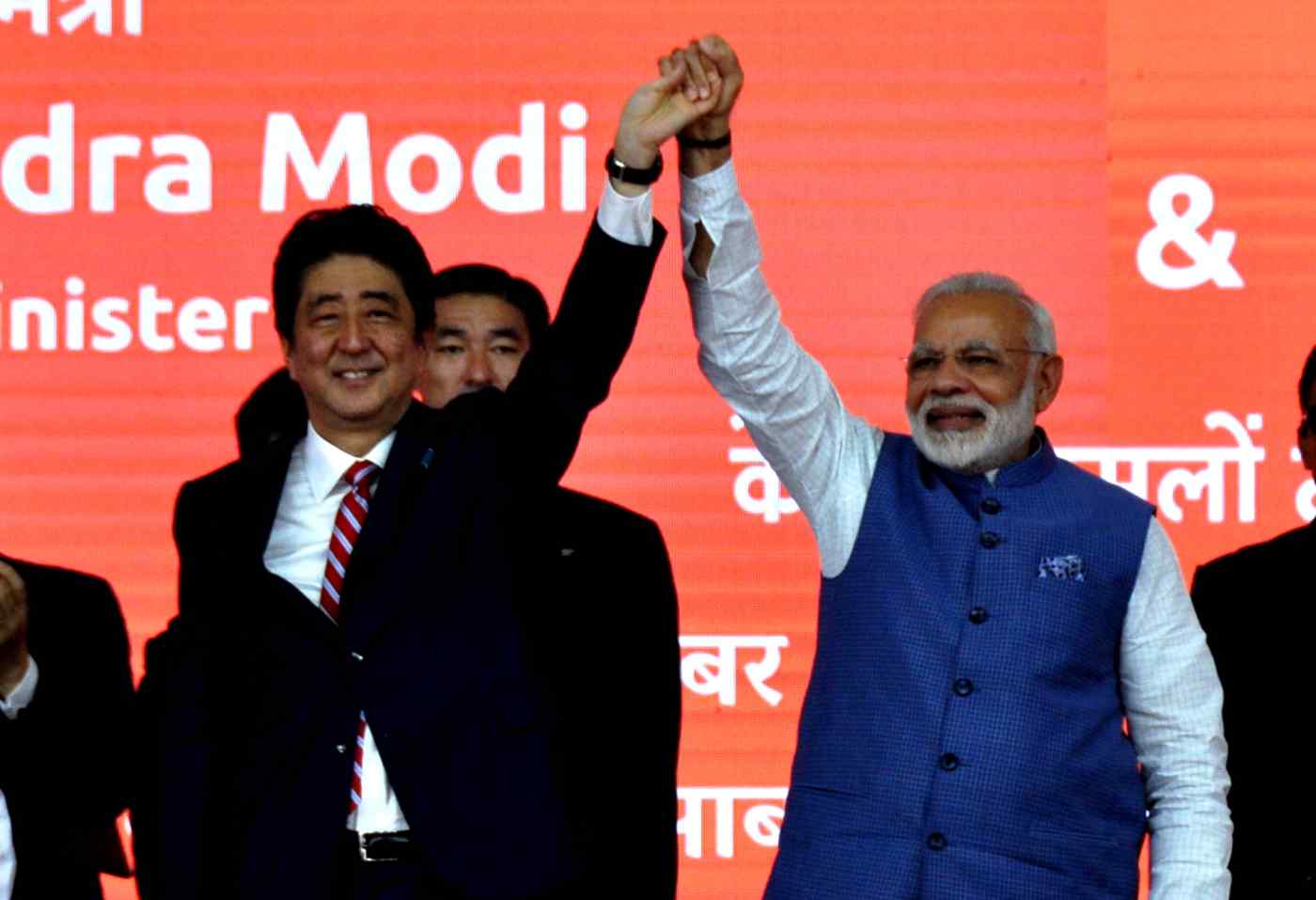 NEW DELHI -- India on Thursday inched closer to its dream of getting a bullet train when Japan's Prime Minister Shinzo Abe and his Indian counterpart, Narendra Modi, laid the foundation stone for the country's first high-speed rail link based on Japan's famed shinkansen technology.

"It's a historic day today, with a new chapter beginning in the relationship between the two countries," Abe said, speaking in Japanese, at a ceremony to mark the start of work on the 1.08 trillion-rupee ($16.8 billion) project -- 81% of which is to be financed by soft loans from Japan -- in the western city of Ahmedabad, in Modi's home state of Gujarat.