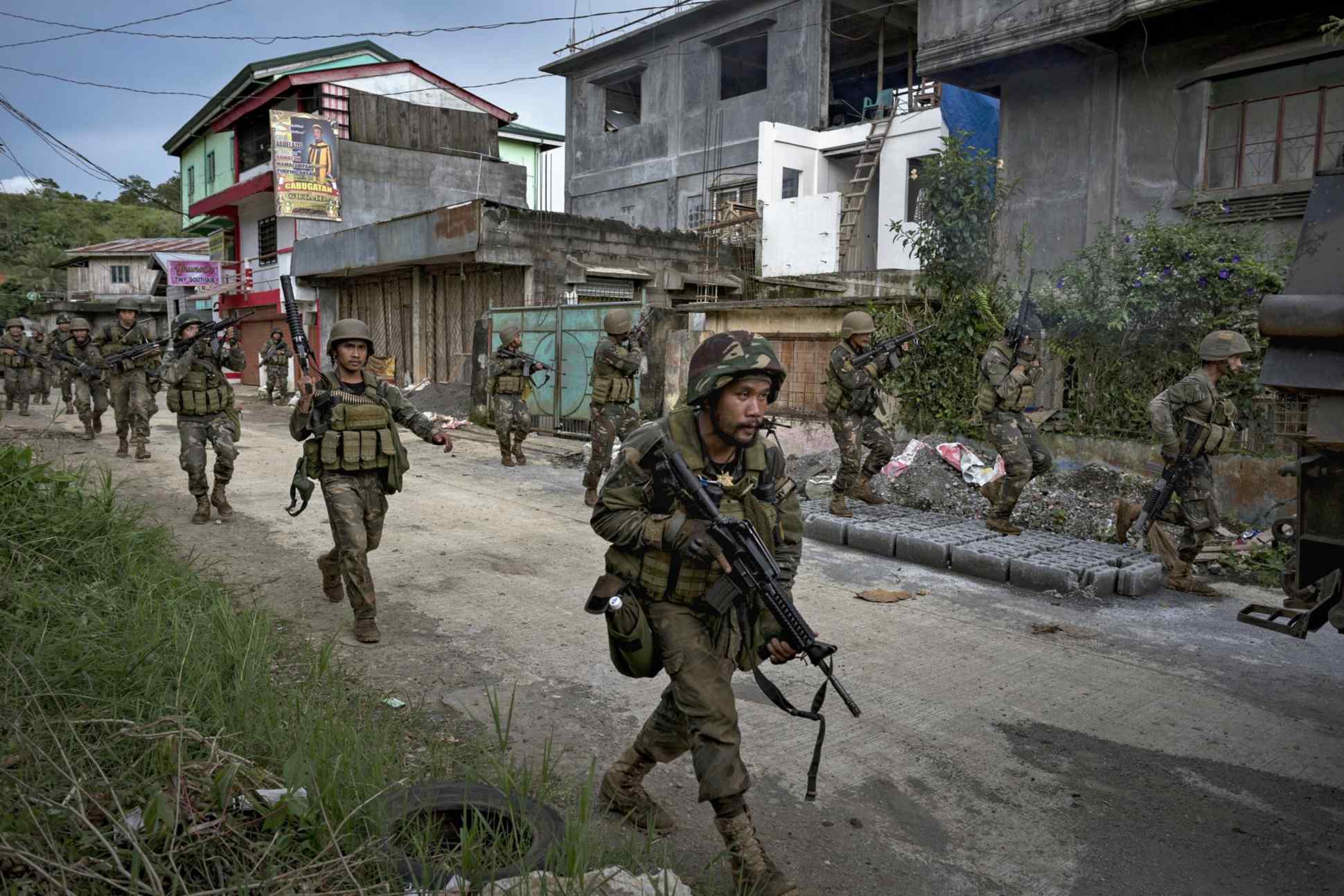 Philippine soldiers advance while watching out for sniper attacks in Marawi, on the island of Mindanao, on May 25.   © Getty Images/Kyodo
Politics

MANILA -- The Philippines, Indonesia and Malaysia will collaborate on air and marine defense in the wake of frequent terrorist attacks by extremists linked to the Islamic State group.

Malaysian Defense Minister Hishammuddin Tun Hussein has said the three Southeast Asian countries will jointly defend the waters off the southern Philippine island of Mindanao starting June 19, and that they will join forces on air defense as well.