Members to abandon goal of having rival to TPP this year 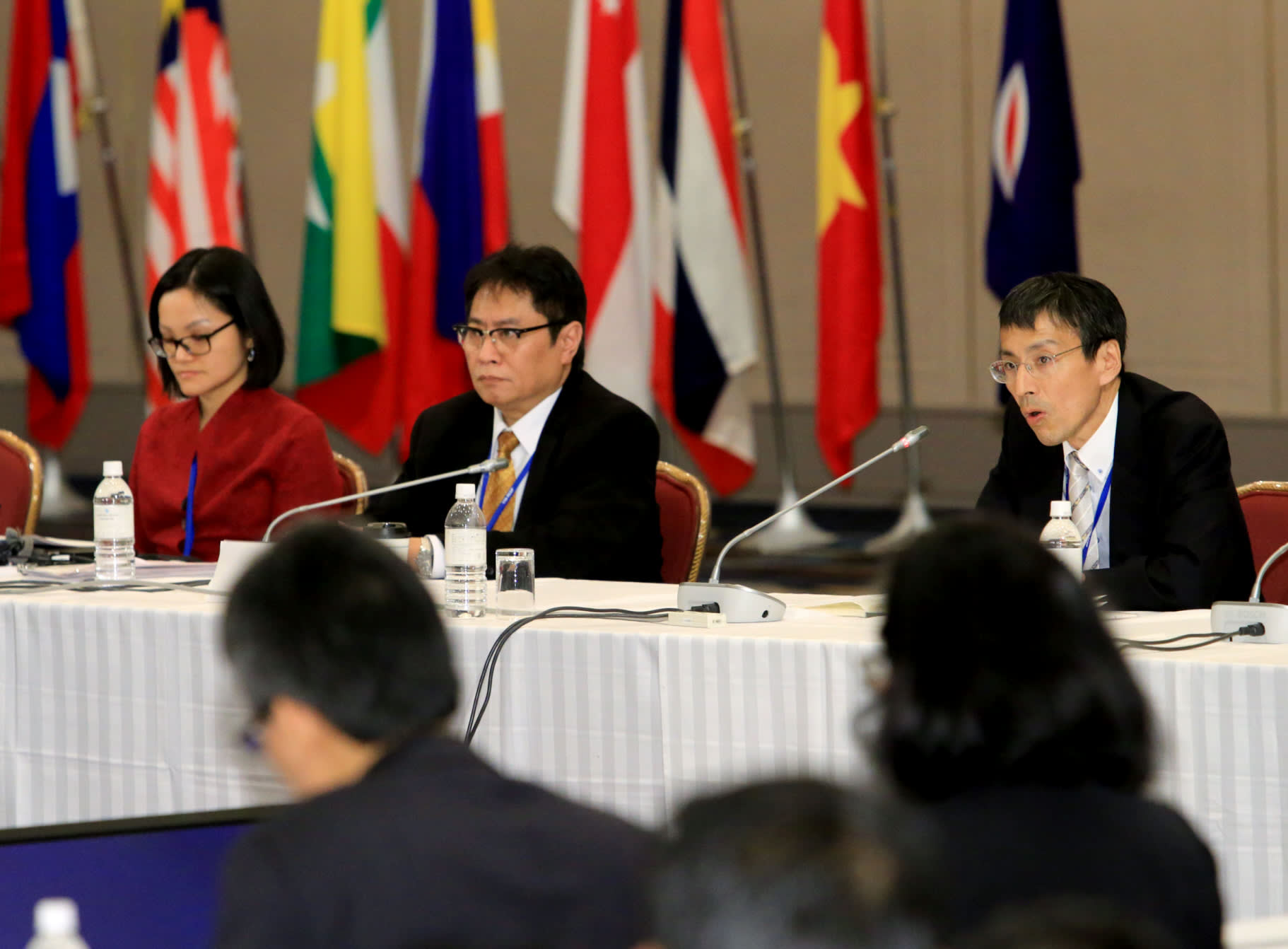 Officials from RCEP members meet in the Japanese city of Kobe on Feb. 27. Negotiations, while ongoing, remain fraught.

KUALA LUMPUR -- The 16 countries negotiating the Regional Comprehensive Economic Partnership have given up on finalizing the trade deal in 2017 as planned amid persistent differences over tariffs and other conditions, dealing yet another setback to free trade.

The countries, including Japan, China, South Korea and all 10 members of the Association of Southeast Asian Nations, will reaffirm the decision at a ministerial meeting Sunday in Manila. An accord this year will be difficult, Philippine Trade Secretary Ramon Lopez told reporters Tuesday.

At issue is how far to go with liberalization under the RCEP. India and China are pushing to protect their own businesses, while such nations as Japan and Australia are calling for freer trade. At a working-level meeting in India this July, the parties had still not bridged the gap on such basics as tariff reduction levels. Of 15 total areas for discussion, agreement has been reached in just two less-contentious ones: small and midsize businesses, and economic cooperation.

Hoping to speed up the talks, the 16 have decided to instead focus first on more important aspects of the deal. They aim to make notable progress in these areas for the rest of the year.

On e-commerce, they are considering language that would ban countries from forcing companies to disclose software source code. They will also further discuss easing restrictions on entering and staying in member countries. They then hope to swiftly iron out the remaining aspects of the deal, such as the degree of liberalization, starting next year.

But rifts remain. China, which maintains a tight grip on the internet at home, is reluctant to forgo access to source code, while Japan and Australia want to give businesses more freedom. And while Japan and others are calling for cracking down hard on pirated and counterfeit products, China argues that such tough rules are unenforceable and is pushing for a more relaxed approach.

The RCEP would cover around half the world's population as well as a third of its gross domestic product and total trade. Members would range from such major economies as China and India to emerging Myanmar, none of which were part of the Trans-Pacific Partnership trade agreement.

In response to the U.S. withdrawing from the TPP before it could enter into force, the 11 remaining countries are negotiating toward an alternative TPP by late 2017. But if both the TPP and the RCEP face delays, the global movement toward free trade could face further headwinds.