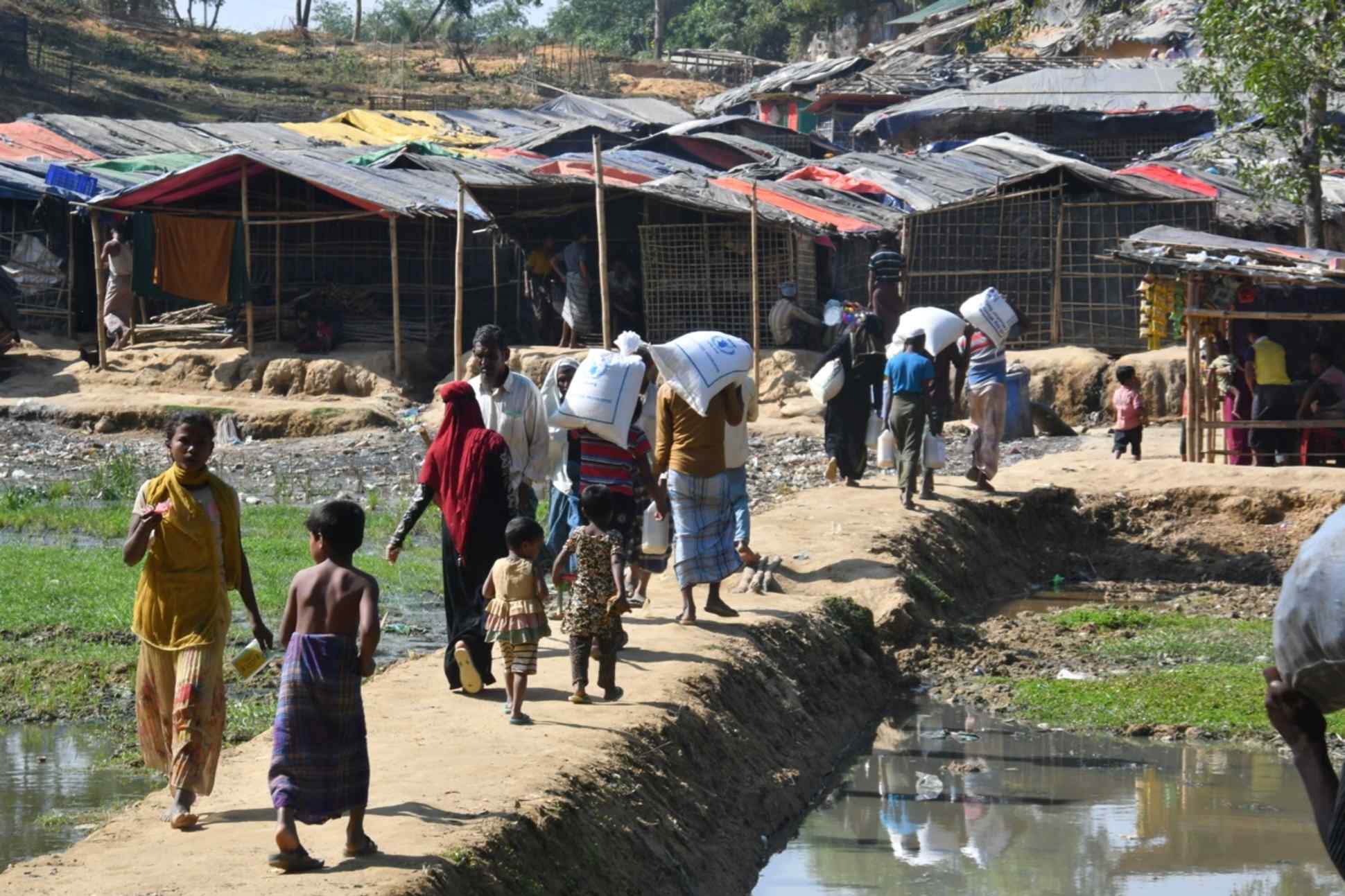 Rohingya wary of returning to Myanmar without guarantees

COX'S BAZAR, Bangladesh -- Shacks made of plastic sheets and bamboo cover the hillside at the Kutupalong refugee camp in southeastern Bangladesh, where roughly 600,000 residents have fled persecution in Myanmar. Some of them arrived even before neighboring Myanmar began its military crackdown against Rohingya insurgents in August.

"I do want to go back, but I can't until the government accepts our demands," Abdul Hafaze, who leads a cluster of about 2,000 shanties, told the Nikkei Asian Review. The 36-year-old man fled Myanmar six years ago and is thus not covered under the repatriation deal between the two countries. But he stressed the demands "are the consensus of refugees living here."

His story illustrates the reluctance many Rohingya Muslims who fled Myanmar have about returning to Rakhine state, across the border. Myanmar's government insists it is doing everything to ensure the success of the repatriation program, but mutual distrust separates the two sides.

Abdul Hafaze showed a reporter a handwritten 12-point document in English outlining the refugees' demands. They seek the involvement of refugee representatives and the Office of the United Nations High Commissioner for Refugees in the repatriation process. The refugees also demand that Myanmar recognize the Rohingya as one of the country's ethnic groups, immediately return the land and belongings taken from displaced Rohingya as well as scrap or revise a law that prevents the Rohingya from obtaining citizenship.

"The Myanmar government says it wants the Rohingya to return, but its actions say otherwise," said Abul Kalam, a 59-year-old Arabic teacher at another refugee camp. He said Myanmar sent a list of refugees it regarded as members of militant groups to the Bangladeshi government. A Myanmar state-run newspaper also published the names and faces of more than 700 "suspected terrorists" over three days through Saturday. "The government is targeting healthy, educated people. There is no truth" to claims they were involved in terrorism, Abul said.

Myanmar and Bangladesh were to begin repatriating Rohingya refugees Tuesday, based on an agreement reached in November. But the start was delayed after Bangladesh said the list of returnees and the necessary facilities were not ready. Reluctance among Rohingya to return at the present time may have contributed to the delay.

Repatriation may not begin for several weeks or even months, said Mohammad Abul Kalam, Bangladesh's refugee relief and rehabilitation commissioner. The official questioned whether Myanmar was prepared to provide security and assistance to returning refugees. Robert Templer: The Rohingya refugee crisis is taking its toll on Bangladesh's poorest

Myanmar government spokesman Zaw Htay has stressed that his country is not to blame for the delay. Myanmar invited media representatives Wednesday to facilities and housing for returnees in its northern Rakhine state built with Chinese and other international aid. In terms of infrastructure, at least, the country seems to be making progress in readying for the repatriation.

But Rohingya distrust of Myanmar security forces, rooted in years of persecution, will be much harder to resolve. It remains unclear whether many refugees will choose to go home once Bangladesh finishes preparations. If anything, something resembling the current impasse looks likely to drag on.