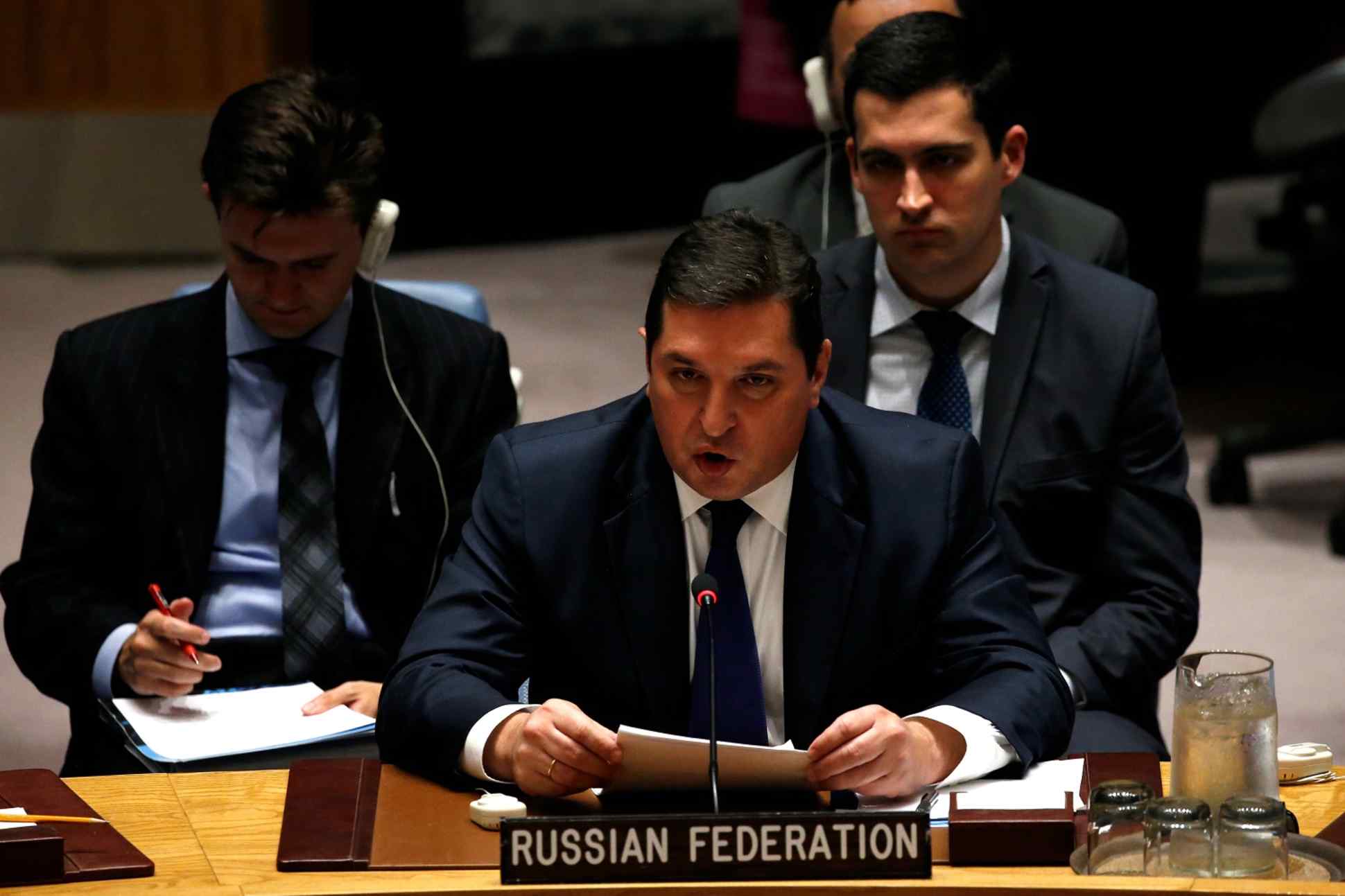 UNITED NATIONS -- Escalating tensions on the Korean Peninsula are due partly to the lack of a security mechanism, Russia's Deputy U.N. Ambassador Vladimir Safronkov said Tuesday.

Without a mechanism guaranteeing "unified, indivisible security" for all countries of Northeast Asia, "a political and diplomatic settlement of the problems of the Korean Peninsula will be impossible," Safronkov said.