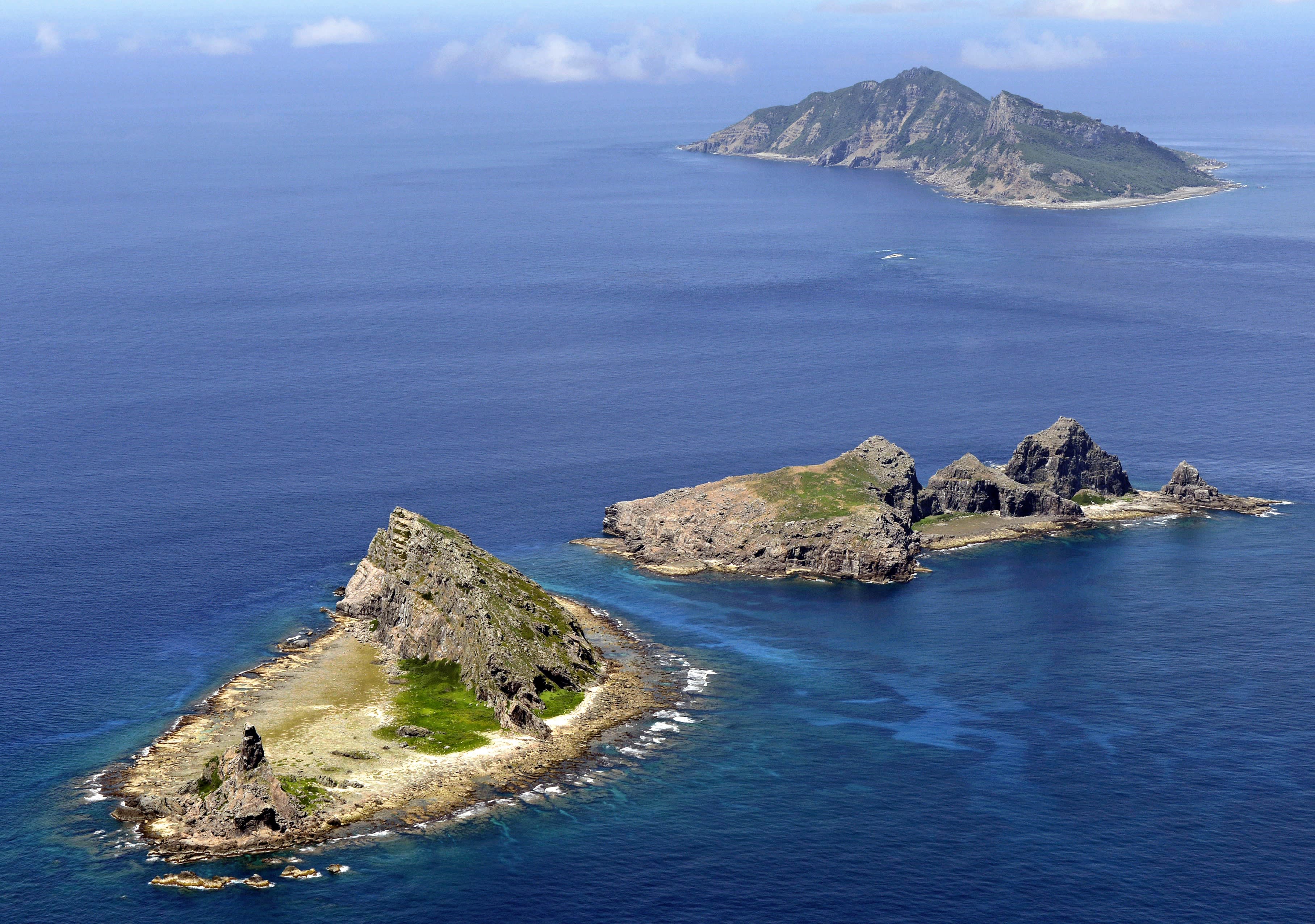 A Chinese submarine approached Japan territorial waters around the Senkaku Islands, which China claims and calls the Diaoyu.   © Kyodo

TOKYO/BEIJING -- A Chinese vessel has again been spotted near Japanese territorial waters off the Senkaku Islands after a relatively placid 2017, threatening to chill bilateral relations during a period of overall improvement.

Japan's Defense Ministry reported Thursday that a submerged submarine of unknown nationality had entered the so-called contiguous zone adjoining Japanese waters around Okinawa Prefecture's Miyako Island. The vessel later left the area, only to reappear for a time in waters near Taisho Island, a part of the uninhabited Senkaku chain that is also incorporated in Okinawa Prefecture, where it was joined by a Chinese naval frigate. China claims Taisho and other islands in that chain, referring to them as the Diaoyu.

Japanese Chief Cabinet Secretary Yoshihide Suga urged China in his daily press conference not to "take action hindering improvement in Sino-Japanese relations." Japan "intends to stringently defend its land, territorial waters and airspace," and is handling the situation "firmly and calmly," he said.

"Both Japan's Maritime Self-Defense Force and the Chinese navy typically steer clear of the contiguous zone around the Senkakus so as not to provoke one another," former MSDF Vice Adm. Toshiyuki Ito said. The zone incompasses waters in an area between 12 nautical miles and 24 nautical miles from the islands' shores.

Thursday was the first time a Chinese military vessel had entered that area since June 2016. That incursion was thought to be a response to MSDF ships passing through the area while following Russian vessels, and according to Ito "was likely intended to provoke." But on Thursday, "the submarine was ultimately sailing through to the East China Sea," he said, adding that "the decision to enter the contiguous zone seems to have been made on the spot." The vessel's movement through the area while submerged does not conflict with international law.

The frigate, however, may have been responding to a Japanese vessel thought to have been observing the submarine near the Senkakus. While Japan and China are working to put in place a mechanism for direct communication to prevent chance conflicts and collisions in the sea and air, it is not yet up and running.

A Japanese government official told reporters Thursday that "there is nothing wrong with (Japan's) Self-Defense Force" entering the contiguous zone. However, "it may be that when one side acts, the other does as well," the official said, citing the case of the Russian vessels.

China's Foreign Ministry lent support to this theory Thursday. Spokesman Lu Kang told a daily press briefing that China's navy had simply been tracking and monitoring two MSDF vessels in the waters near the Senkakus. China urges Japan to refrain from stoking conflict over the islands and to endeavor through its actions to improve bilateral ties, he said.

Beijing's Ministry of National Defense gave a similar account, and voiced "strong discontent with Japanese efforts to sensationalize a legitimate action by the Chinese navy," according to state news outlet Xinhua. While the two countries are drawing closer together overall, Beijing has made clear it is unwilling to give ground where the Senkakus or its maritime expansion activities are concerned.