Southeast Asian leaders cozy up to Trump with trade carrots 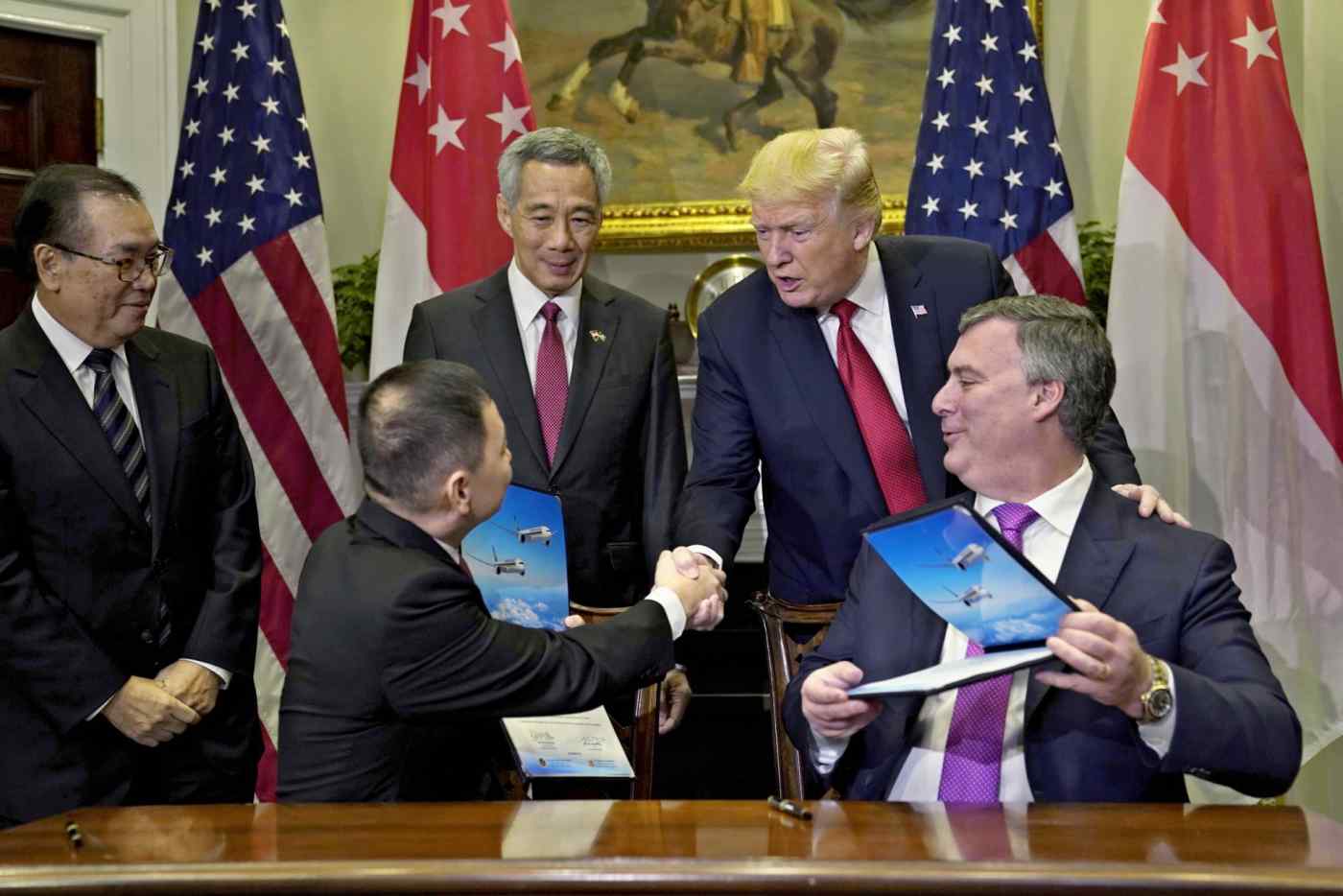 SINGAPORE -- Prime Minister Lee Hsien Loong put trade front and center while visiting the White House on Monday, following a strategy illustrated by his Malaysian and Thai counterparts to appease the U.S. amid Chinese expansionism in Southeast Asia.

Singapore Airlines signed a $13.8 billion contract on the sidelines of the summit to purchase aircraft from American manufacturer Boeing. Later, when Lee joked that Singapore Airlines "is not a bad airline," Trump responded, "That's because they buy Boeing, right?"

The massive deal helped smooth discussion between the leaders over other topics as well, including North Korea's nuclear threat, Beijing's actions in the South China Sea and countermeasures against the Islamic State terrorist group.

Other Southeast Asian leaders have employed a similar strategy in dealing with Trump. When Malaysian Prime Minister Najib Razak visited the White House on Sept. 12, he announced plans for Malaysia Airlines to buy over $10 billion worth of aircraft from Boeing. Thai Prime Minister Prayuth Chan-ocha spoke of active investment in the U.S. during his Oct. 2 visit.

From Lee to Prayuth, these leaders understand that contributing to the U.S. economy and employment is the best way to build rapport with Trump, given his "America first" policy. Malaysia and Thailand, in particular, were put under review over their trade practices due to their trade surplus with the U.S. They aim to mitigate such criticisms through investment plans that could help reduce the trade imbalance.

The leaders want Trump to be active in Southeast Asia, where many countries think a continued retreat inward by the U.S. will entice China to increase its influence over the region and upset the power balance.

Trump tours Asia next month. "His presence in Asia will mean a lot to America's many friends and allies in the region," Lee said Monday in his joint statement with the president. The U.S. remains especially important for members of the Association of Southeast Asian Nations, which are surrounded by major powers like China and India.

Najib, who has been accused of embezzling from a state investment fund, and Prayuth, who faced criticism of his military government by former U.S. President Barack Obama, also likely hoped to boost their legitimacy by meeting with Trump.