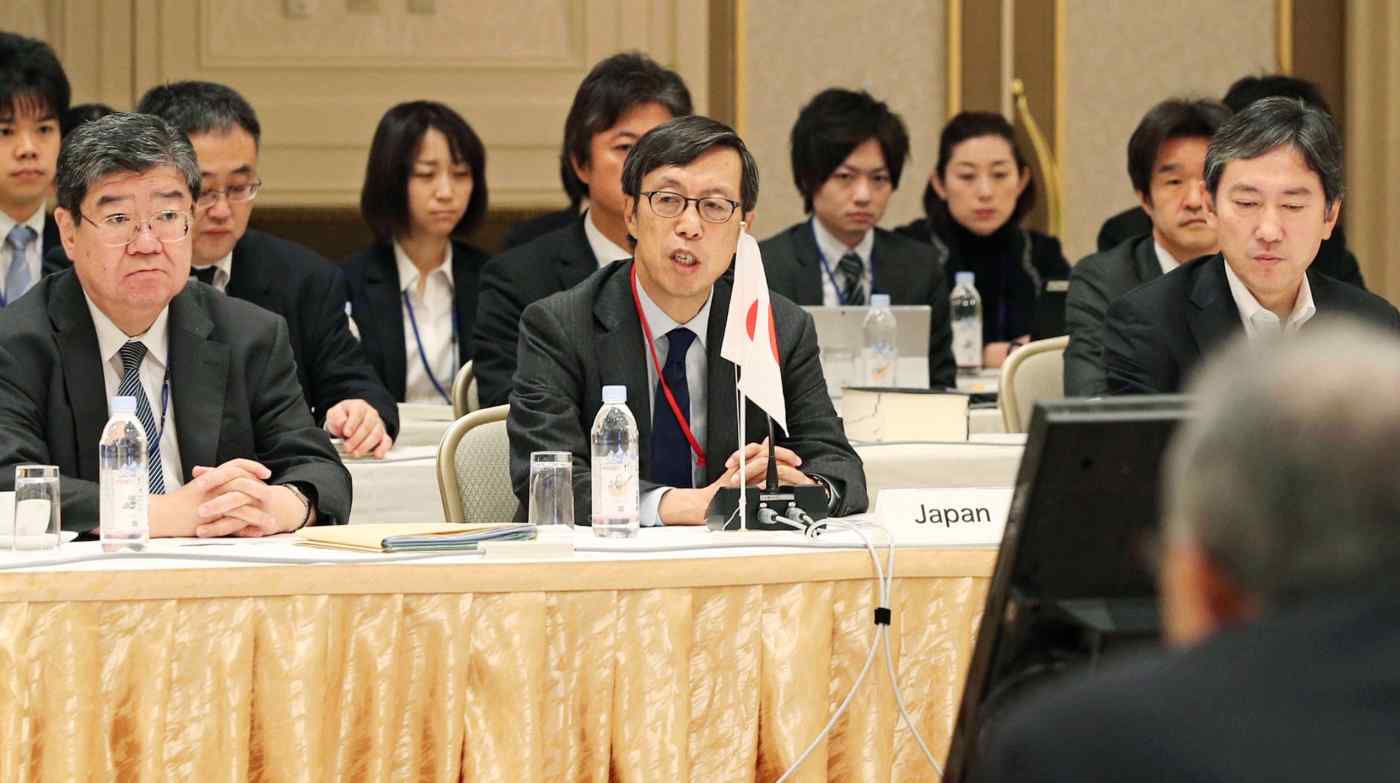 URAYASU, Japan -- The 11 remaining Trans-Pacific Partnership members have narrowed down the rules that should be shelved from the original deal -- an important step ahead of a pivotal summit in Vietnam next week.

"We were able to further the debate [on rule suspensions]," Kazuyoshi Umemoto, Japan's lead negotiator, told reporters on Wednesday after three days of talks in the city of Urayasu, just outside of Tokyo.

The U.S. secured numerous concessions in the initial TPP, before President Donald Trump took office and pulled out of the deal. The remaining signatories -- the so-called "TPP 11" -- have been pushing for an agreement among themselves by November, but first they must decide which aspects of the original pact to freeze until the U.S. returns to the fold.

Before the Urayasu meeting, the parties were still thinking about suspending provisions from 50 sections of the accord, covering three areas: legal matters, intellectual property rights and miscellaneous other items. Although Umemoto did not disclose how many provisions the negotiators agreed to suspend, he acknowledged that a "consensus was reached" on freezing certain items, and that countries had retracted some of their suspension requests. 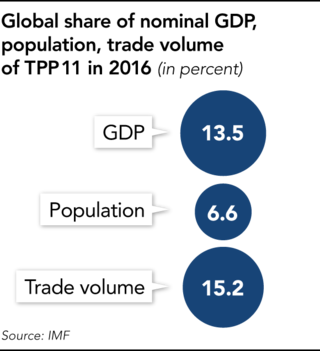 Ministers from the 11 countries are to hold further talks when they gather in Vietnam next week for an Asia-Pacific Economic Cooperation meeting. The countries' leaders will decide whether to reach a broad agreement on the trade pact at a summit on the sidelines of the APEC meeting.

Remaining bones of contention are believed to include investor-state dispute settlement provisions -- which would allow foreign investors to take action against a TPP country perceived to have breached investment rules -- along with labor and environmental issues. Vietnam and other countries that have yet to refine their laws on such matters appear wary of the current TPP rules.

Unlike previous free trade deals, the TPP was lauded for including worker protections and environmental conservation in its scope. Suspending such terms could run counter to the spirit of the pact.

Japan's government, which has been coordinating the negotiations, intends to continue playing this role during the ministerial talks in Vietnam. It will look to arrange bilateral discussions between member nations to help bridge gaps and preserve the TPP's high standards.

"Putting the TPP 11 into effect will not only give us an open and free trans-Pacific trade system, but it will also act as a strong message to the U.S. to return to the trade pact," Umemoto said.

The Japanese negotiator, however, emphasized that nothing is set in stone. "Until we have a final agreement, any agreements in the run-up will have no meaning," he said. "We cannot allow ourselves to let our guard down."