Trade is not to blame for joblessness, WTO chief says 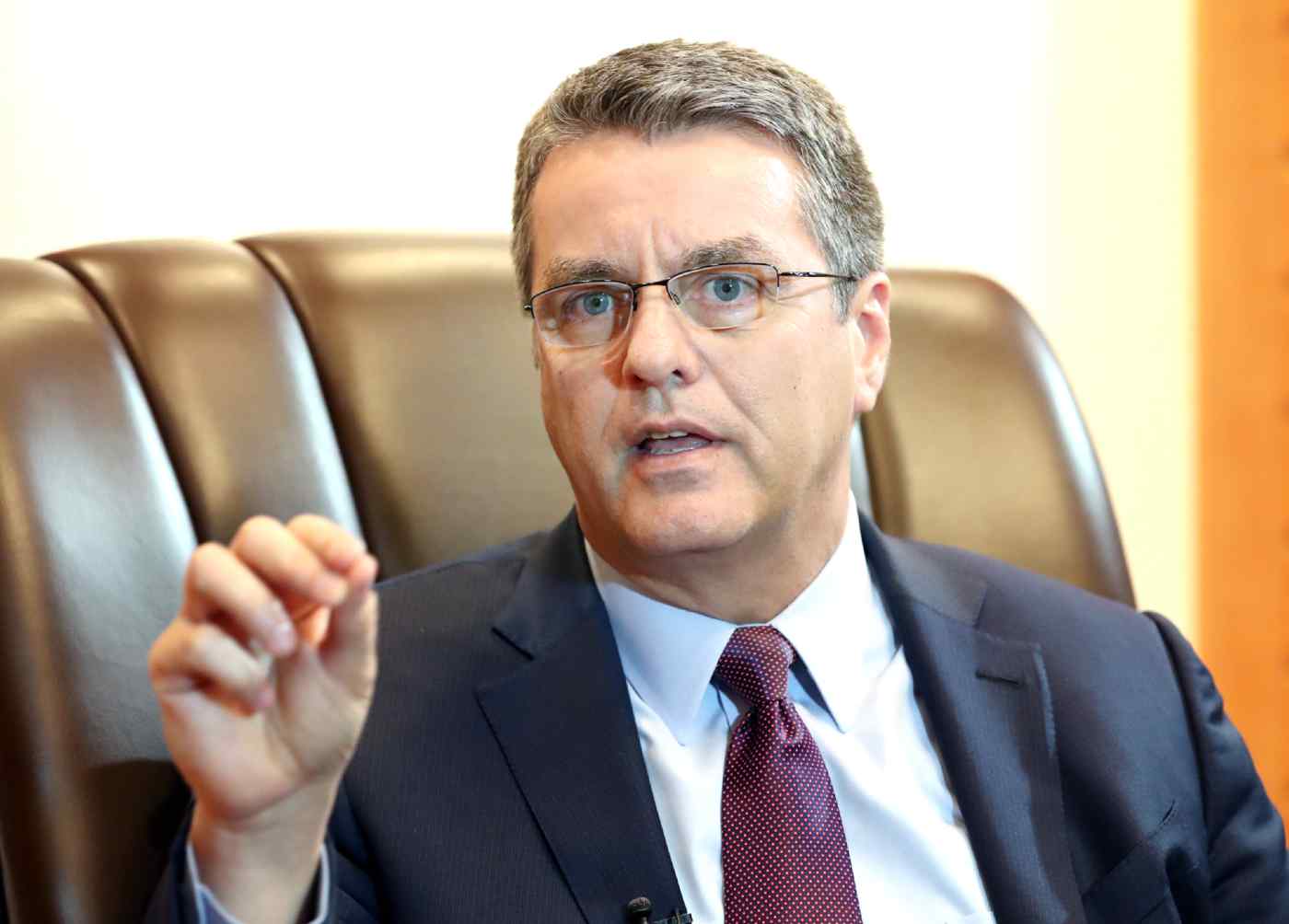 TOKYO -- The director-general of the World Trade Organization on Monday pushed back against one of the central notions behind the spread of protectionism: that trade leads to unemployment. He also suggested that forging ahead with the Trans-Pacific Partnership, following the U.S. withdrawal, could encourage others to pursue trade liberalization.

"Many jobs have been lost, and people sometimes tend to believe trade is the cause of that," Roberto Azevedo told the Nikkei Asian Review in an interview. "In fact, it isn't.

"Trade is responsible for two of 10 jobs that are lost. The other eight jobs are lost due to new technologies, higher productivity and innovation."

Azevedo was in Tokyo, where he met with Prime Minister Shinzo Abe. The WTO and the Japanese government on Monday released a joint statement, in which they stressed that "protectionism is not a solution" and that maintaining an "open market is essential to promote economic development and job creation."

Asked about U.S. President Donald Trump's trade policy, the WTO chief refrained from offering a critique, saying it is "still under formation." He said he met the new U.S. trade representative, Robert Lighthizer, in Hanoi at the Asia-Pacific Economic Cooperation meeting before coming to Japan. "I could tell from that conversation, they are in the process of discussing internally what their strategy is going to be and what their priority will be."

As for regional trade frameworks in Asia, Azevedo welcomed such initiatives. Regarding the "TPP 11" -- the TPP without the U.S. -- he said, "Every step in the direction of trade liberalization is important because it inspires others to do the same."

The outlook for the TPP 11 looks hazy after recent talks between the remaining members, as they are divided on certain issues. To bridge those gaps, Azevedo said, the members will need to "sit down and understand each other, and understand the new situation, and see if there are ways of overcoming difficulties that have emerged after the decision of the U.S. not to participate."

Likewise, Azevedo welcomed the proposed 16-member Regional Comprehensive Economic Partnership, saying, "Everything that you do in the direction of trade liberalization and the reduction of distortion is a positive movement."

The bigger, more inclusive and more open an initiative is, the better, he said.

Azevedo concluded the interview by reiterating the importance of trade: "Without free trade, you'll have a much more difficult time in getting out of the situation that we are [facing] today. It is like having an engine without oil. Trade is the oil that ensures the machine works well."