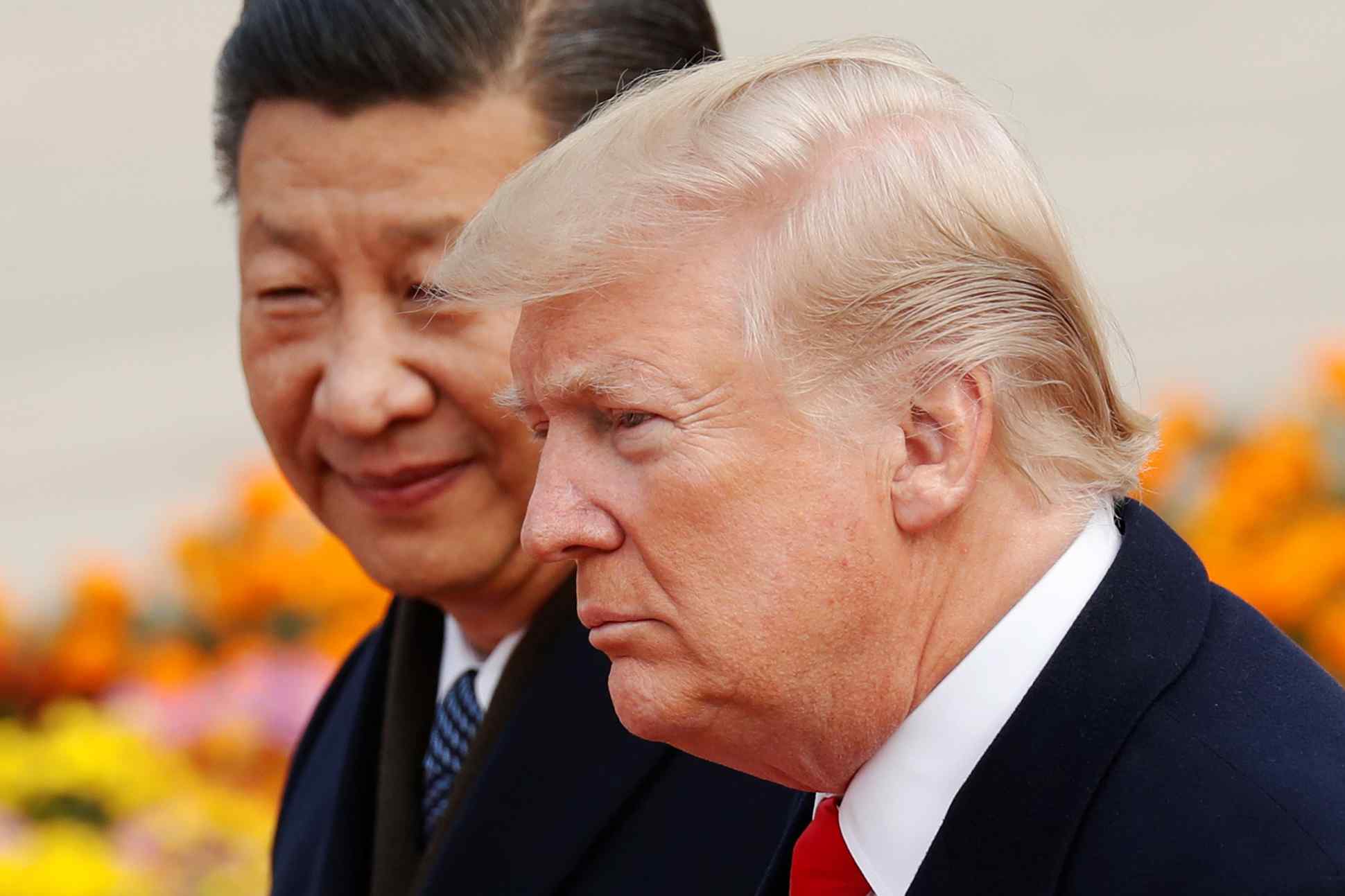 BEIJING -- U.S. President Donald Trump on Thursday played to his audience here by complimenting China for the trade surplus it runs with his own country.

"Trade between China and the United States has not been -- over the last many years -- a very fair one for us." He said. "We must immediately address the unfair trade practices."

He went on: "I don't blame China. After all who can blame a country for being able to take advantage of another country for the benefit of its citizens? I give China great credit."

"I do blame past administrations for allowing this out-of-control trade deficit to take place and to grow," he added.

Trump, who is continuing his tour of Asia, met with Chinese President Xi Jinping here at the Great Hall of the People. He was speaking after the signing of about $250 billion worth of commercial deals between U.S. and Chinese companies.

Xi, standing alongside Trump, offered a rather indirect compromise -- a more open business environment for foreign companies in China.

"China will not close its doors," Xi said. "It will open them even wider." He added that foreign companies will see the Chinese market as "more open, more transparent and more orderly."

The two presidents also spoke about North Korea. For months now, Trump and North Korean leader Kim Jong Un have engaged in a war of words over the Asian country's pursuit of nuclear arms.

"I do believe there's a solution to that, as you do," Trump told Xi.

The United Nations Security Council has hit North Korea with economic sanctions, which Trump and Xi agreed at their summit to implement.

Xi said China will persist with the goal of denuclearizing the Korean Peninsula. He also said that "cooperation is the only real choice" in dealing with the issue.

At a later joint press conference, Trump said the two leaders had "agreed not to replicate failed approaches of the past," such as offering Pyongyang aid in exchange for halting nuclear and missile development. "All responsible nations must join together to stop arming and financing, and even trading with the murderous North Korean regime," he said.

The U.S. side said that Trump had argued for taking stronger measures, rather than simply continuing the current policy of peaceful pressure on the Kim regime. But Xi remains adamant that a resolution must come through dialogue. According to the Americans, the Chinese leader reassured Trump that while the full impact of sanctions may take time, North Korea is already feeling their pinch. Xi also cautioned his counterpart against reaching too readily for a military response. Nothing from the summit suggested that they had agreed on specific ways of ratcheting up pressure on Pyongyang.

Ahead of the meeting, Trump attended a welcoming ceremony at which a People's Liberation Army band played the national anthems of the two countries.

This is Trump's first visit to China since he took office in January. The U.S. president was to meet with Premier Li Keqiang later in the day.