Myanmar excluded from military drills due to concerns over ethnic cleansing SATTAHIP, Thailand -- The U.S. has nearly doubled its presence in this year's Cobra Gold exercise, one of the largest multinational military drills in Southeast Asia that kicked off on Tuesday in Thailand, showing its "strong and enduring commitment" to the region which is coming under increasing influence from China.

The 6,800 U.S. military officers participating, up from last year's 3,600, is Washington's largest contribution to the annual drill since Thailand's military government took power in May 2014. The previous U.S. administration had been cutting back on troops in a show of disapproval at the military coup.

"[Cobra Gold] is the symbol of America's unwavering commitment to Thailand and the peace and prosperity of the Southeast Asian region," Glyn Davies, U.S. ambassador to Thailand, said at the opening ceremony held at the Royal Thai Naval Air Division base in the central province of Rayong.

The U.S. commitment to the region "transcends any temporary challenges," he said, but added that "with Thailand's return to elected governance and a sustainable democratic system, the kingdom and our alliance can reach their full potential."

Signs of a pivot in U.S. military policies had been seen since last year's drill -- the first since President Donald Trump took office. U.S. Pacific Commander Harry Harris attended last year's opening ceremony, becoming the first pacific commander to do so since the coup. 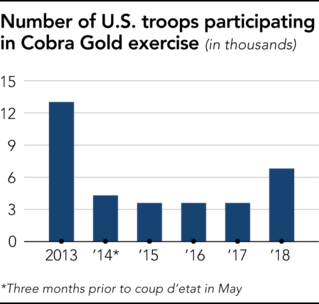 Harris is scheduled to attend the closing ceremony this year, according to the U.S. embassy in Thailand.

While Washington had distanced itself from Bangkok, Beijing has been increasing its ties, becoming one of the first major nations to acknowledge the military government after the coup. A string of deals to buy Chinese-made arms has been struck by Thailand's ruling junta.

It is not only Thailand that has seen warming relations with China. Other countries in the region, such as the Philippines and Malaysia, have also been adopting a more pro-China stance in pursuit of stronger economic ties with Beijing.

This year, China, along with India, is joining the Cobra Gold exercise for humanitarian assistance projects. In total, more than 11,000 officials from 29 countries, including observers, are participating in the drill.

However, Myanmar was not invited to this year's exercises as criticism against its treatment of the Rohingya Muslim ethnic minorities is mounting. A deputy military attache joined the opening ceremony, with the invitation extended "as a protocol," according to Thailand's Chief of Defense Forces Thanchaiyan Srisuwan, but there are no plans for the country to participate in the actual drill. 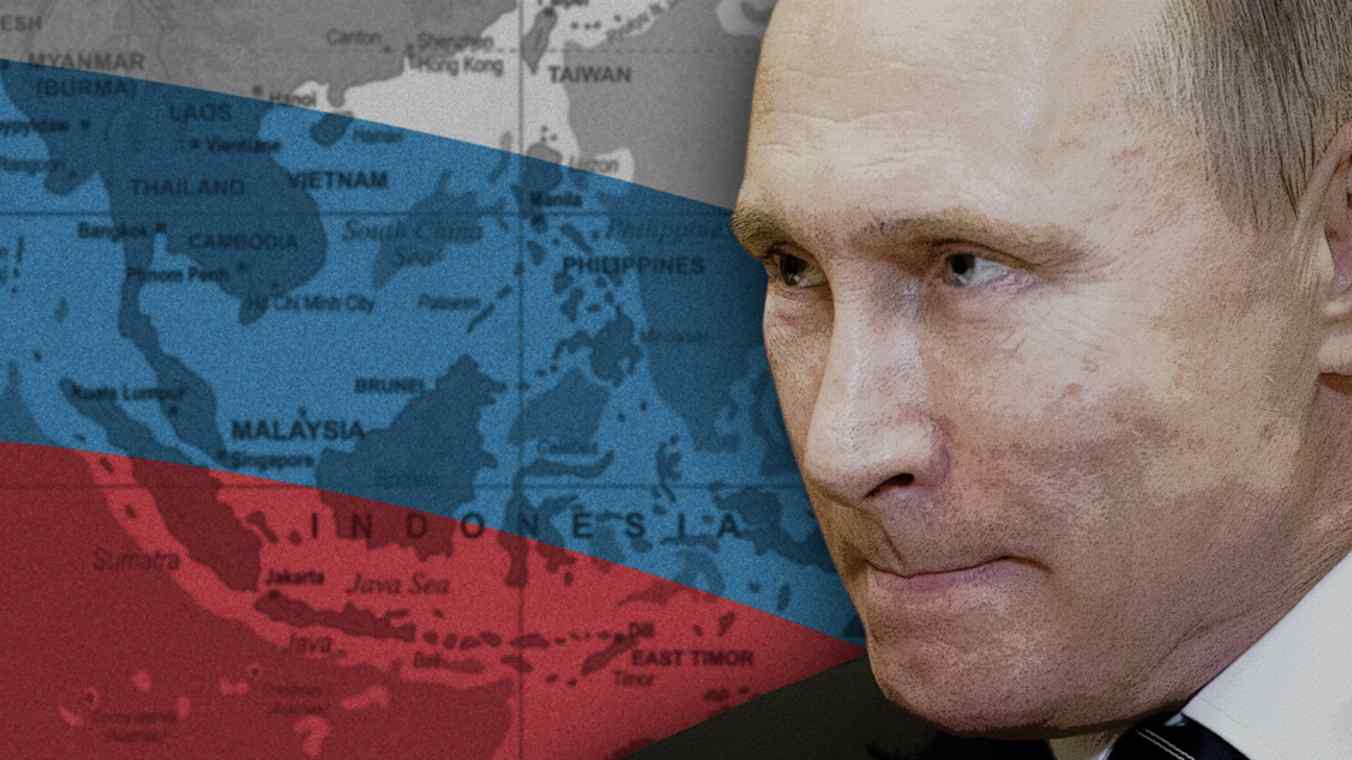 "The truth is Myanmar is not a participant nation [this year]. They are not part of the exercises here," Davies told reporters on Tuesday. "It is very important that everyone from around the region have an eye on what is happening here and to some extent be part of it but I will come back to what I said earlier that Burma is not a participating nation."

Hundreds of thousands of Rohingya refugees have fled Myanmar's western Rakhine State to neighboring Bangladesh in fear of a military crackdown that has been ongoing since last August. U.S. lawmakers had been calling for sanctions, including that the Myanmar military should not be invited to the Cobra Gold exercise.

"Simply put, militaries engaged in ethnic cleansing should not be honing their skills alongside U.S. troops," Senator John McCain, the Republican chair of the Senate Armed Services Committee, was quoted as saying by the Associated Press.