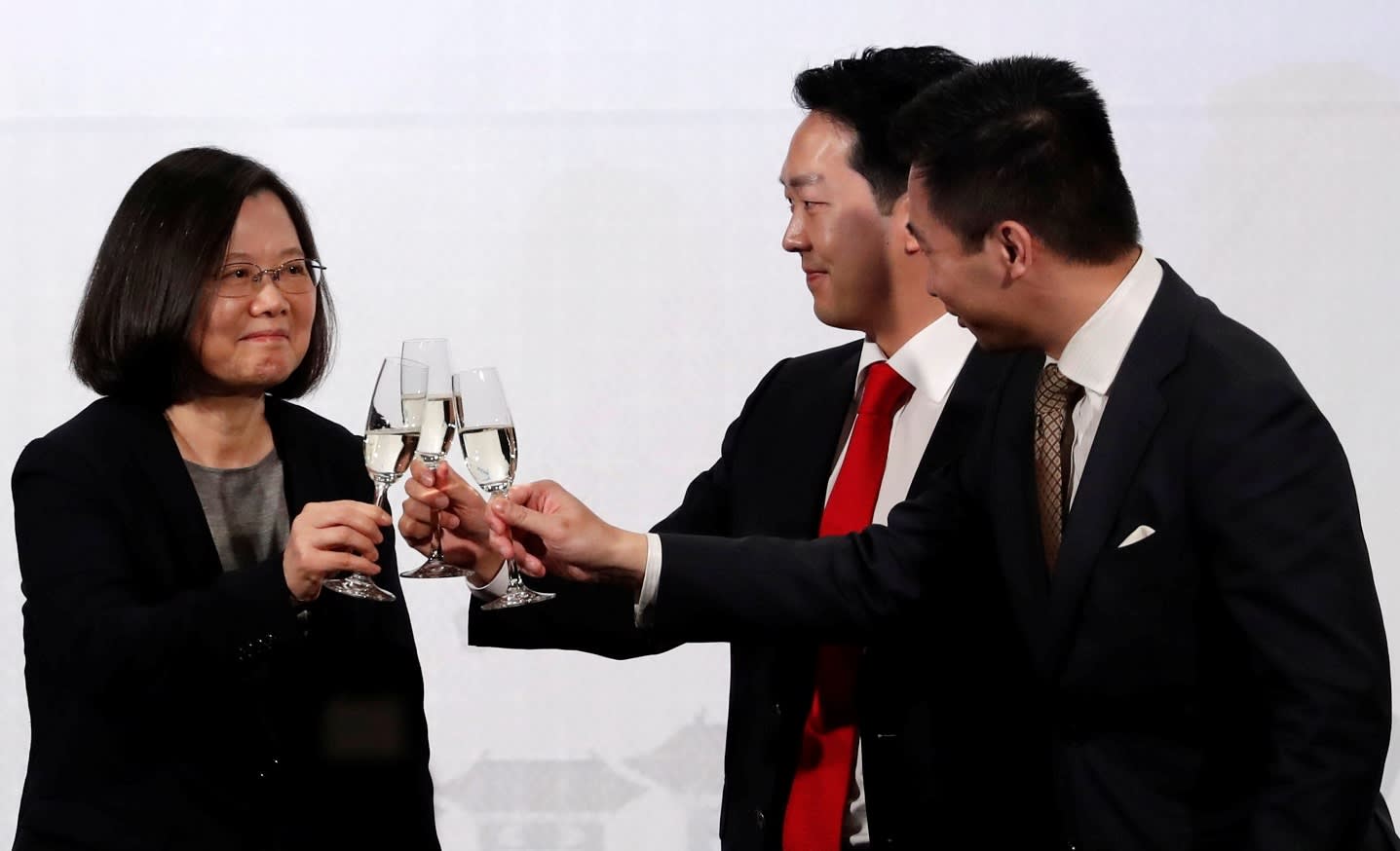 TAIPEI -- Relations between the U.S. and Taiwan, severed diplomatically about 40 years ago, are arriving at a turning point.

U.S. President Donald Trump signed the Taiwan Travel Act, which allows high-ranking officials to meet with their Taiwanese counterparts and vice versa, into law on March 16. Already having passed Congress, the bill would have automatically gone into effect past that day even if Trump had not signed it.

Trump had the option of not signing as a show of consideration for China, but he acted at the last minute.

The new diplomatic team has been quick to take a hard line on China, said Fan.

Trump's signing of the bill came at a politically sensitive time in China, which was holding the National People's Congress and was about to re-elect Xi Jinping as president.

Chinese Foreign Ministry spokesman Lu Kang issued a statement condemning the bill, which he said violates the "One China" principle under which Taiwan is considered a Chinese territory.

Xi also sent a stern warning in a speech on Tuesday, maintaining that "any actions and tricks to split China are doomed to failure."

The Taiwan Travel Act covers only high-level officials and is not legally binding, but the underlying message is strong. The U.S. cut off diplomatic relations with Taiwan in 1979 in favor of China, recognizing the "One China" principle.

The U.S. has since refrained from meeting with foreign affairs, defense and other senior Taiwan officials, let alone the island's leaders.

Meanwhile, the rise of China in recent years has led to frequent clashes between Washington and Beijing on economic and military fronts. The U.S. branded China and Russia "revisionist" powers in its national defense strategy released last year.

Taiwan has taken on increasing geopolitical importance due to its location near China's maritime expansion. The National Defense Authorization Act for the current fiscal year, which the U.S. passed late last year, includes a provision that directs the Department of Defense to study the possibility of allowing U.S. and Taiwanese naval vessels to dock at each other's bases.

Such signs of change in relations with the U.S. are raising hopes in Taiwan.

Taiwanese President Tsai Ing-wen thanked Washington for passing the travel bill on Wednesday at an event held by the American Chamber of Commerce in Taipei. U.S. Deputy Assistant Secretary of State Alex Wong was among the attendees. Wong's visit was unrelated to the new law. Still, it was widely reported by local media that he talked with Tsai about the Trump administration's Asia-Pacific strategy.

In late 2016, just before taking office, Trump provoked China by breaking with past practice and calling the Taiwanese president. Although some feared at the time that Trump might use the island as a bargaining chip, many in Taiwan now welcome closer bilateral ties.