US sends signal to China with aircraft carrier's Asia tour

Warship docks in Manila ahead of historic visit to Vietnam 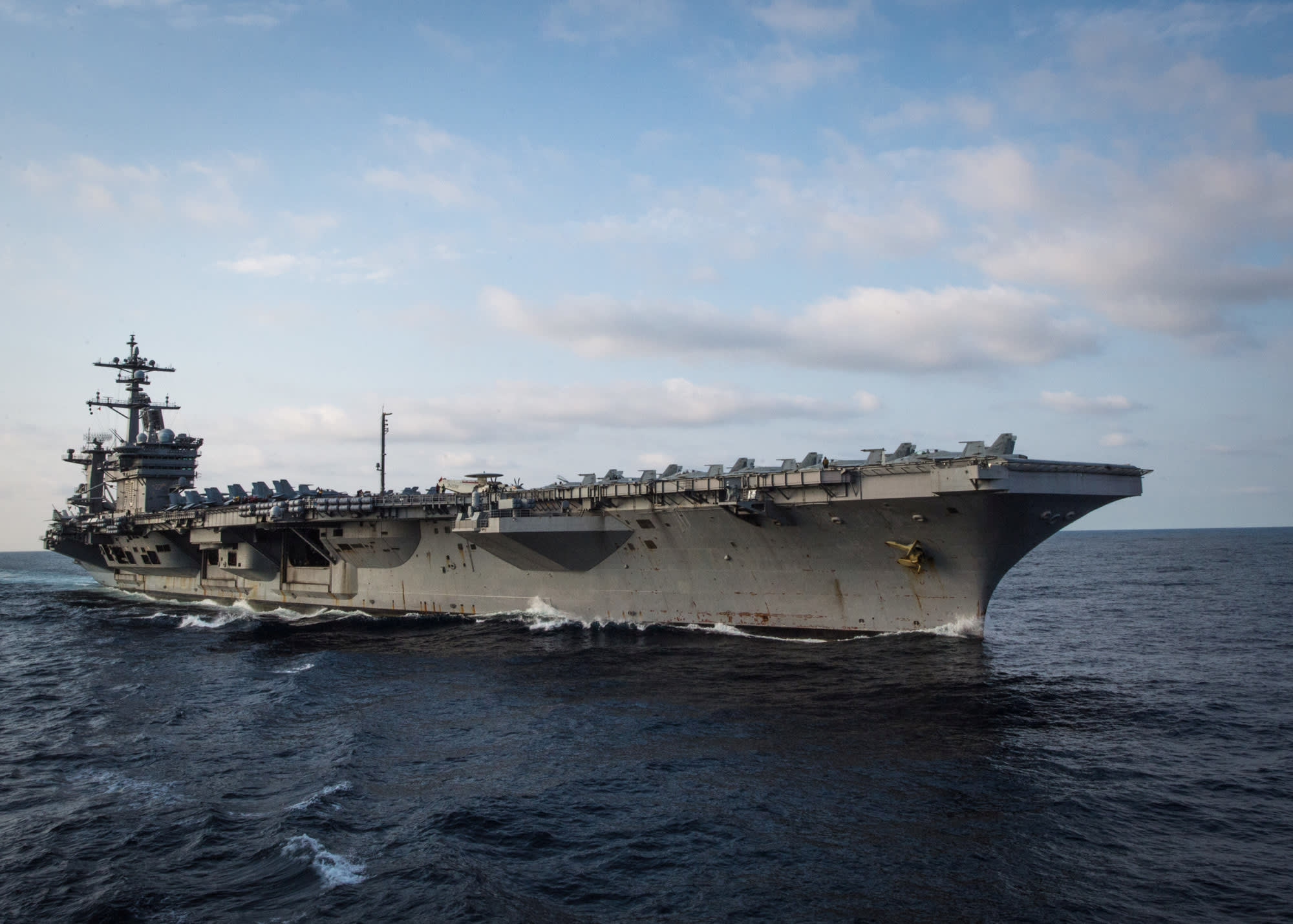 WASHINGTON -- The arrival of an American aircraft carrier in the Philippines symbolizes heightened U.S. involvement in Asia as President Donald Trump steps up efforts to push back against China's rise.

A carrier strike group led by the USS Carl Vinson docked at Manila in what is believed to be the first arrival by an American aircraft carrier in the Philippines since Chinese efforts to build military outposts in the South China Sea came to light. The last known visit by a U.S. aircraft carrier to the Southeast Asian country was in 2014 by the USS George Washington.

The Carl Vinson is expected to be anchored at the Philippine capital for several days. It is scheduled to visit central Vietnam's Danang in March. This would mark the first arrival of such an American vessel since 1975, the final year of the Vietnam War. Both Southeast Asian countries have territorial disputes with China.

The U.S. has conducted freedom-of-navigation operations in the South China Sea to check Beijing's activities in disputed waters, sending warships to sail within 12 nautical miles of Chinese-built artificial islands. In one such sail-by, the U.S. sent a destroyer in mid-January to the waters near Scarborough Shoal, which is claimed by China and the Philippines.

The Carl Vinson's current tour of the area is unrelated to freedom-of-navigation operations, according to a spokesperson. But the mere presence of a carrier with 72 aircraft aboard is clearly meant to send a signal against Chinese naval encroachment.

The U.S. will face the challenges of revisionist powers China and Russia by maintaining its overwhelming military superiority, the Trump administration declared in its national security strategy this past December.

The American move against China has been spearheaded by Defense Secretary James Mattis, who is said to be increasingly concerned about the Asian giant's rise. Mattis, who spent more than four decades in the Marines, is reported to be a strong voice inside the Department of Defense calling attention to the need to move some personnel now fighting terrorism in the Middle East to Asia.

The Pentagon is considering plans to send heavily armed Marine Corps Expeditionary Units to East Asia by repositioning some troops deployed in the Middle East, The Wall Street Journal reported this month.

As the Trump administration ups the ante against China on both the economic and security fronts, the military will likely exert a stronger influence over the Asia-Pacific region's future than under President Barack Obama.