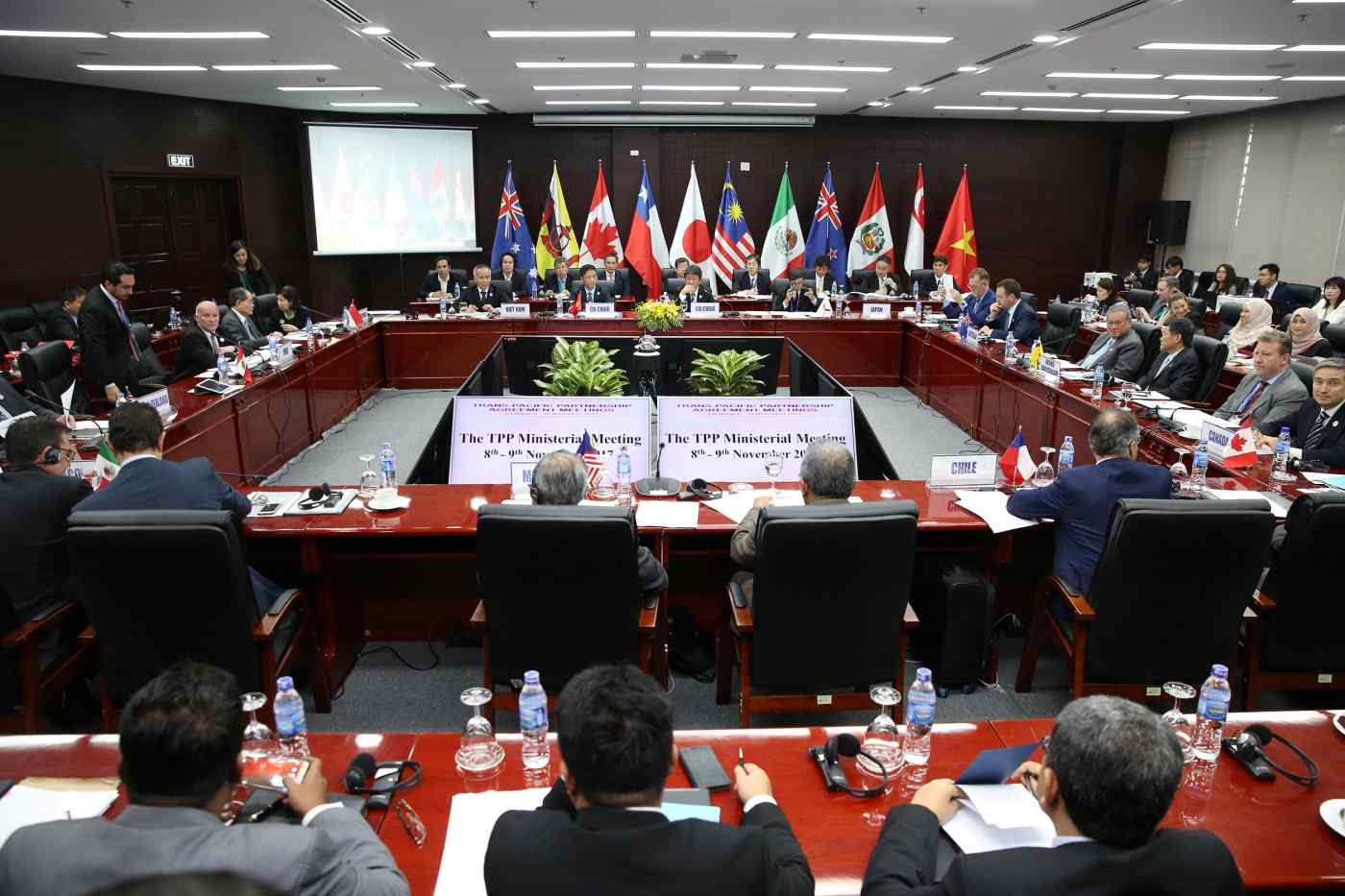 DANANG, Vietnam -- Vietnam and Malaysia played key roles in salvaging the 11-nation Trans-Pacific Partnership trade pact, which came close to collapsing after the U.S. pulled out.

TPP 11 members -- the original 12 signatories minus the U.S. -- have managed to keep the framework alive by agreeing to basic provisions of the accord, which was reaffirmed by the ministers on Friday.

The pact was tottering after Washington withdrew, which made many of the remaining countries, including Vietnam and Malaysia, reluctant to allow more imports without the prospect of gaining better access to the huge U.S. market. But the two realized they could still benefit from the deal and decided to rethink their previous objections, ultimately helping push the negotiations forward.

Trade ministers from the participating countries agreed to suspend 20 provisions from the original TPP, including 11 related to intellectual property.

Some TPP 11 policymakers are now hoping other countries in the region, like Thailand and Indonesia, will join to enhance the pact's economic impact.

Membership in the TPP11 is projected to boost Vietnam's gross domestic product in 2030 by 0.61%, according to an estimate by Satoru Kumagai of Japan's Institute of Developing Economies and others.

The bump will be sizable, and larger than gains forecast for other members in terms of GDP, although smaller than that from the original pact, which would have seen Vietnam's GDP expand by 1.51% in 2030.

In addition to increased exports due to the ending of tariffs, Vietnam will also benefit from elimination of non-tariff trade barriers in other Southeast Asian nations through standardization of rules concerning e-commerce and government procurement.

The agreement will also expand the economies of Brunei and Malaysia by 0.5% and 0.32%, respectively. These numbers are higher than those for industrialized members like Japan, Canada and Australia, which are all in the 0.1% range.

Malaysia warmed to the TPP 11 as a way of attracting foreign investment and businesses. The government has avoided voicing strong support for fear of antagonizing political forces opposed to the pact. Since summer, however, the country surprised other participants by limiting the number of provisions it wanted suspended.

The original TPP was driven by former U.S. President Barack Obama, who promoted the pact as a counterweight to China's growing influence in Asia.

The scaled-down deal also offers significant security benefits for Vietnam, which is locked in a territorial dispute with China in the South China Sea.

With talks stalled over the Regional Comprehensive Economic Partnership -- a trade pact being negotiated by 16 countries, including all 10 members of the Association of Southeast Asian Nations, Japan and China -- the TPP 11 could emerge as the standard for Asia-Pacific trade if more countries join.