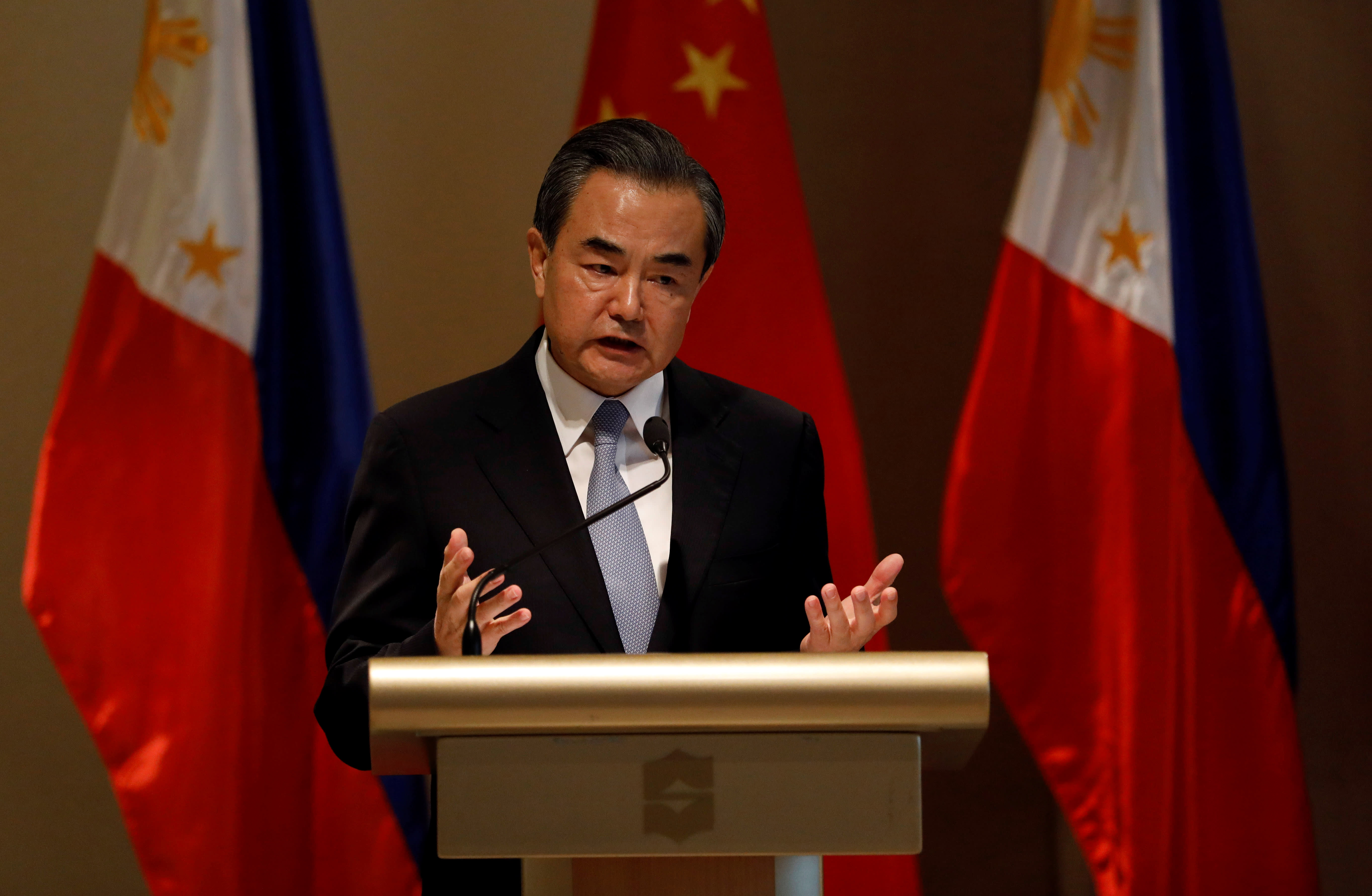 MANILA -- Foreign Minister Wang Yi of China on Tuesday called on Southeast Asian nations to reject unnamed "non-regional forces" that he said are out to create trouble over territorial disputes in the South China Sea.

Speaking in the Philippine capital, Wang said the situation in the contested waters is "trending towards stability" with improving China-Philippines ties playing a key part in this.

China has overlapping claims in the South China Sea with five of the 10 members of the Association of Southeast Asian Nations (ASEAN): Brunei, Indonesia, Malaysia, the Philippines, and Vietnam.

Criticisms of Beijing's expansionism, land reclamation, and militarization in the area has lessened since President Rodrigo Duterte took office last year. He has restored economic and diplomatic links with China in exchange for promises of significant amounts of aid and investment.

Wang said there is progress on a code of conduct for disputants in the South China Sea, which demonstrates that Beijing and ASEAN have "full capability and wisdom" to handle their differences.

The Chinese foreign minister claimed that some non-regional forces "don't want to see stability" and "still want to stir up trouble" in the region.

"We need to stand together and say no to them," said Wang without mentioning names. His comments came a week ahead of ASEAN ministerial meetings in Manila

With the Philippines serving as ASEAN chair, the meetings include the ASEAN Regional Forum on Aug. 7, a security conference also attended by the foreign ministers of Australia, Japan, and the U.S. -- countries that have been critical of China's creation of militarized islands in the disputed waters.

The U.S., which has sailed naval vessels past Beijing's man-made islands, has urged China to halt the land reclamations and guarantee freedom of navigation and overflight in the area. Japan, which has its own territorial dispute with China over islands in the East China Sea, has echoed the same concerns.

On Tuesday, Wang and his counterpart Foreign Secretary Alan Cayetano met and signed a memorandum of understanding on cooperation between their respective ministries. Wang also paid a courtesy call on Duterte in the afternoon.