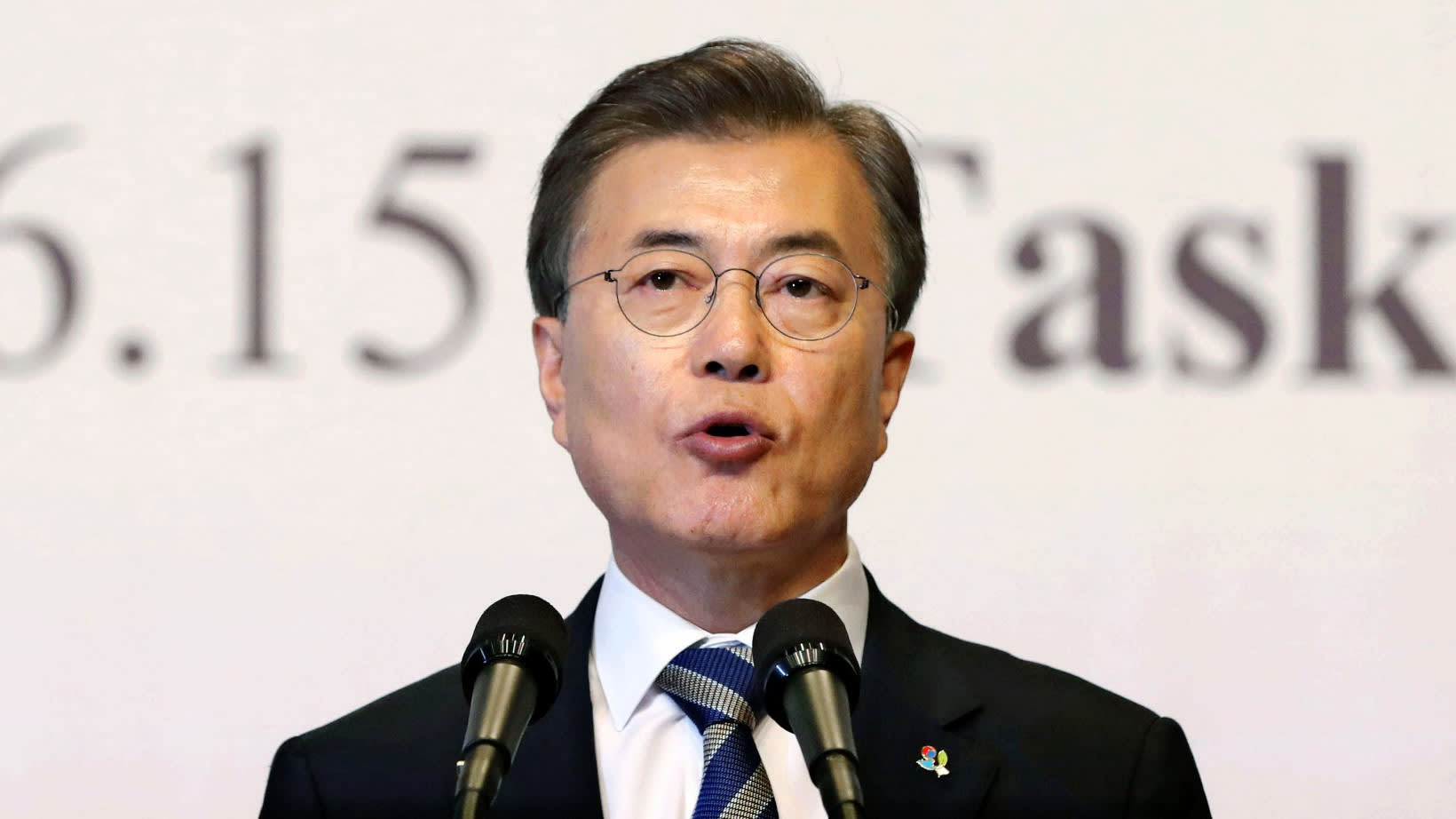 SEOUL -- Ties between the U.S. and South Korea have cooled after a special adviser to South Korean President Moon Jae-in suggested scaling back joint military exercises, even as Washington ramps up its rhetoric on Pyongyang over the death of a college student.

"If North Korea suspends its nuclear and missile activities, then we may consult with the U.S. about scaling down ... joint exercises and training," Moon Chung-in said at an event in Washington on Friday, local time.

"We may scale down deployment of American strategic weapons [in] the Korean Peninsula," the adviser also said.

The U.S. reacted quickly to his comments. "We understand these views are the personal views of Mr. Moon [Chung-in] and may not reflect official [South Korean] government policy," a State Department spokeswoman reportedly told the South's JoongAng Ilbo.

The official U.S. stance is that it will consider a dialogue if and only if North Korea clearly expresses its intent to denuclearize. Simply halting its nuclear and missile development, as Moon proposed, would not be enough.

If anything, Washington is looking to bolster its joint exercises with the South. "I am never satisfied. I want to do more training," Maj. Gen. Theodore Martin, a top commander of U.S. forces in South Korea, told Yonhap News Agency on Tuesday.

Meanwhile, Washington is ramping up pressure on Pyongyang following the death of an American student who was detained by the North and returned to America in a coma. "The United States once again condemns the brutality of the North Korean regime," President Donald Trump said in a statement. The U.S. also flew B-1B bombers over the Korean Peninsula on Tuesday, which some South Korean outlets reported to be a response to the student's death.

The deployment of the U.S. Terminal High Altitude Area Defense missile shield in the South has strained bilateral relations. President Moon ordered an investigation after the South Korean Defense Ministry apparently failed to inform him about four additional launch pads brought in for the system. An environmental assessment of these pads is expected to delay full deployment by a year. Trump is furious, according to South Korean reports.

Seoul is trying to walk back Moon Chung-in's statement in light of recent developments. On Monday, the president's office announced that Moon was expressing his personal opinion, and had been reprimanded for not helping South Korean-U.S. relations.

But the office did not refute the comment itself. Moon was also a key foreign policy adviser to former President Roh Moo-hyun, for whom the current president served as chief of staff. He is believed to wield significant influence in the current administration as well.

While campaigning for president, Moon Jae-in himself had made similar statements about downsizing joint drills with the U.S. Some believe the adviser was simply sounding out the U.S. ahead of a bilateral summit at the end of the month.