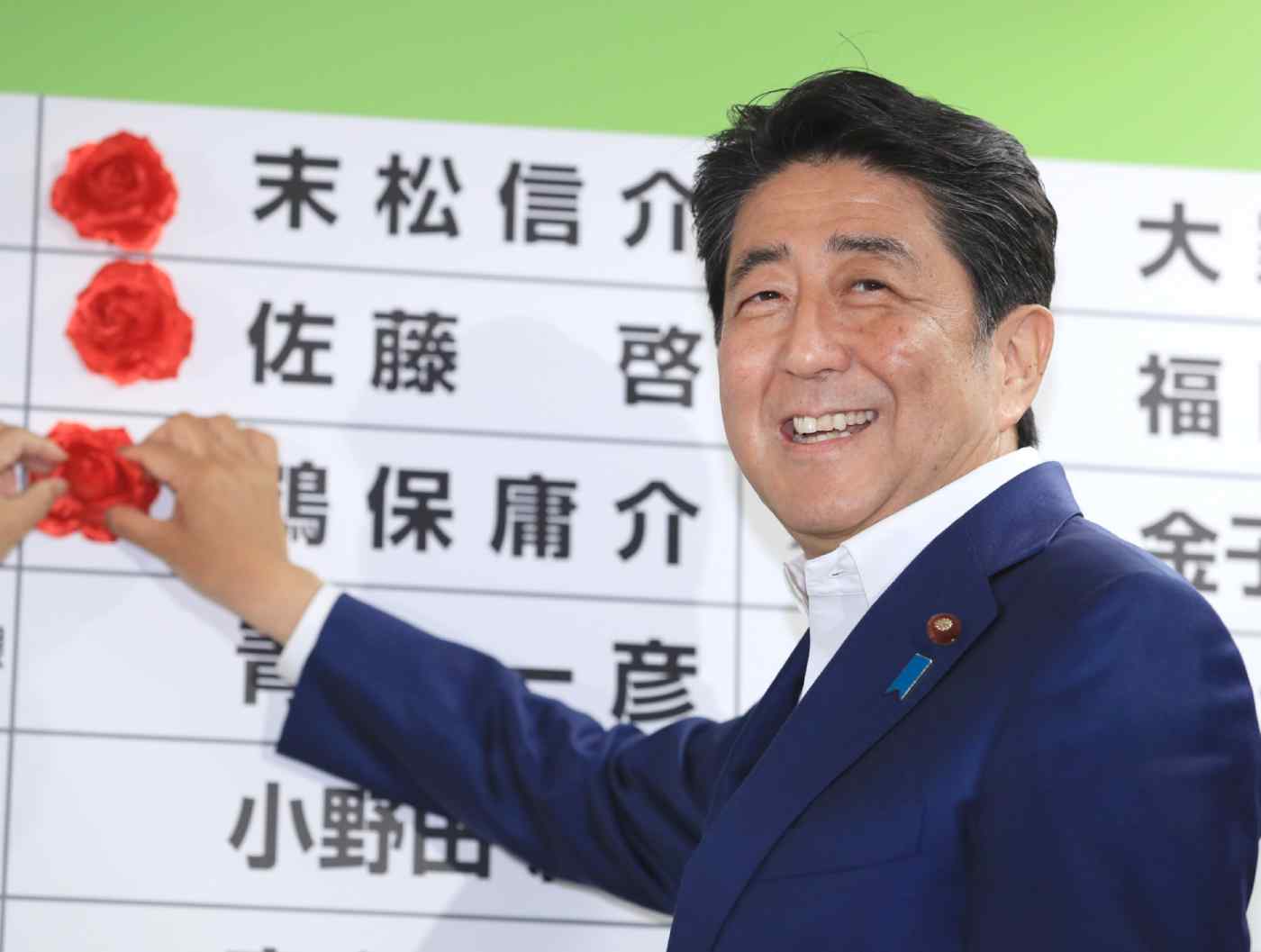 Prime Minister Shinzo Abe affixes a red flower next to the name of a Liberal Democratic Party member who won a seat.
July 11, 2016 05:00 JST | Japan
CopyCopied

TOKYO -- The Japanese ruling coalition added to its upper house majority in Sunday's election, with Prime Minister Shinzo Abe and parties that back his goal of revising the constitution reaching the two-thirds supermajority required to start the process.

The ruling bloc exceeded Abe's target of securing a majority of the 121 contested seats. His Liberal Democratic Party and junior partner Komeito have taken at least 70 together. The prime minister has strengthened his grip on power, winning the last four major national elections. And he has gained a mandate to carry on with his economic policies and delay the consumption tax hike.