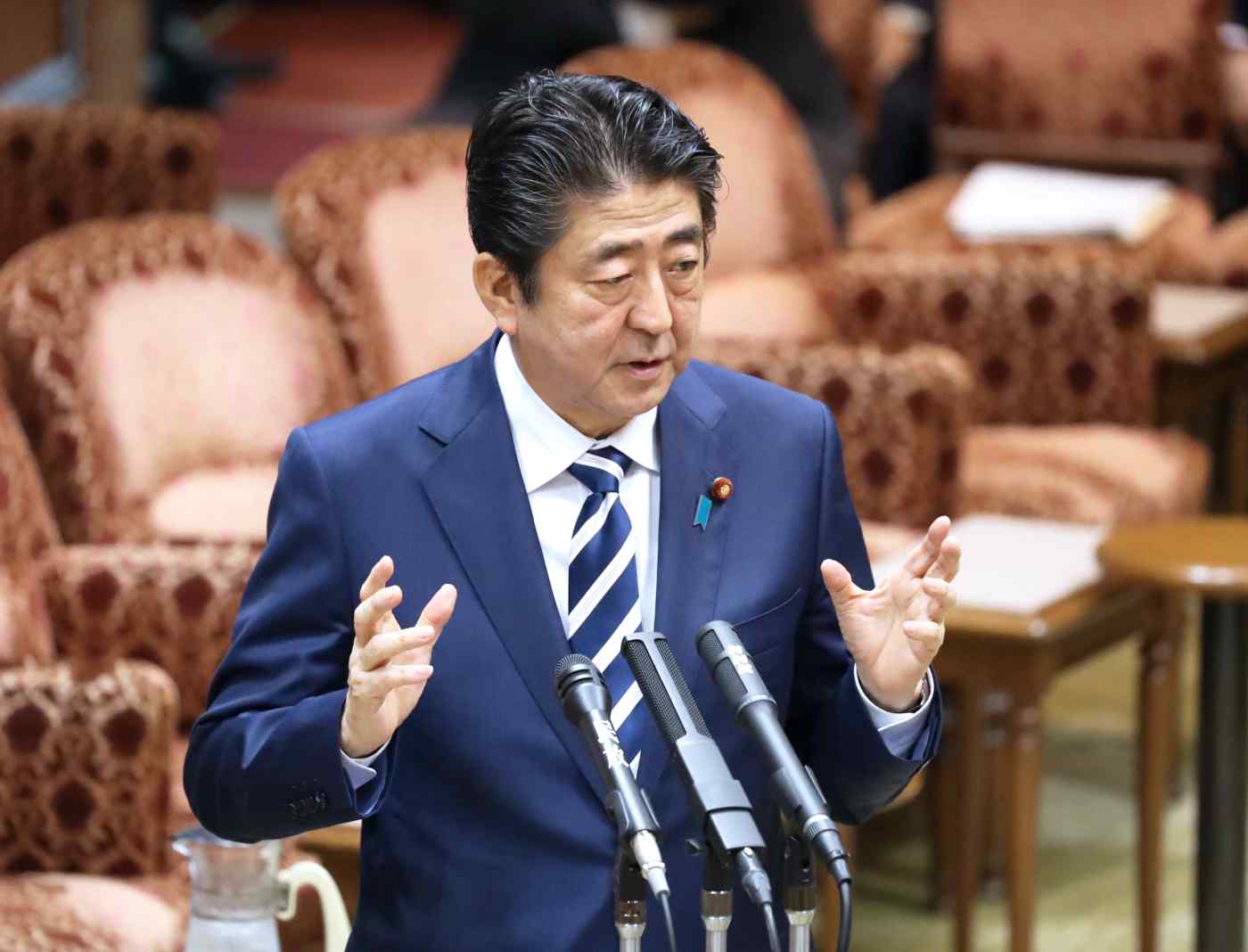 TOKYO -- The veterinary school scandal continues to haunt Japanese Prime Minister Shinzo Abe even during a parliamentary recess, as he is set to face questioning from lawmakers as early as next Monday.

In a recess meeting of the lower house Budget Committee, lawmakers are expected to home in on Abe's role in granting approval, his long friendship with the chief of the school operator, and his plans for new veterinary schools nationwide.

Wataru Takeshita, the ruling Liberal Democratic Party's chief for Diet affairs, could not come to terms with opposition Democratic Party counterpart Kazunori Yamanoi on the event's procedure Tuesday. The LDP wants to give the ruling coalition and the opposition equal time to question Abe, while the Democrats demand a 2-to-8 split.

The prime minister is eager to redeem himself amid plunging approval ratings, especially with certain polls now placing him under 30%. "I will attend a recess meeting and provide clear explanations," Abe told LDP officials meeting Tuesday. "I want to make efforts to regain the public's trust."

Did Abe plan this from the start?

At the heart of the scandal lies Kake Educational Institution, which was given approval to set up a new veterinary school in a special economic zone in Ehime Prefecture. The government committee that drew up regulations for these zones had explicitly allowed new veterinary schools if no similar institutions existed nearby, raising questions as to whether the rule was tailored for Kake.

"The prime minister's office was behind this," former Education Administrative Vice Minister Kihei Maekawa has said.

In the previous Diet session and elsewhere, Abe insisted that the approval of Kake was not his decision. But documents uncovered inside the Ministry of Education, Culture, Sports, Science and Technology suggest that the prime minister's intentions swayed the outcome.

What are Abe's ties to Kake?

Abe's relationship with the embattled school operator's chairman, Kotaro Kake, has also raised questions. The two men met while studying in the U.S. and have remained close for decades. They have occasionally dined together even since Abe became prime minister.

Top government officials were most likely aware of the friendship. Even if Abe had not explicitly requested special treatment for Kake, it could been granted anyway in the belief that this was what the prime minister wanted. The probe could shed light on how much Abe knew about Kake's plans for the new veterinary school and whether the duo had communicated regarding the approval process.

Japan has not had a new veterinary school in more than half a century, with the Japan Veterinary Medical Association as well as the agriculture and education ministries all feeling that the country has enough vets. Abe had stressed that the government gave approval to Kake alone to start relaxing regulations, while also respecting the concerns of relevant players.

But Abe unexpectedly announced in June that he wanted new veterinary schools across Japan. Something that works in a special economic zone should be applied nationwide, the government's explanation goes. But opposition forces argue that the plan runs counter to the prime minister's original justification.