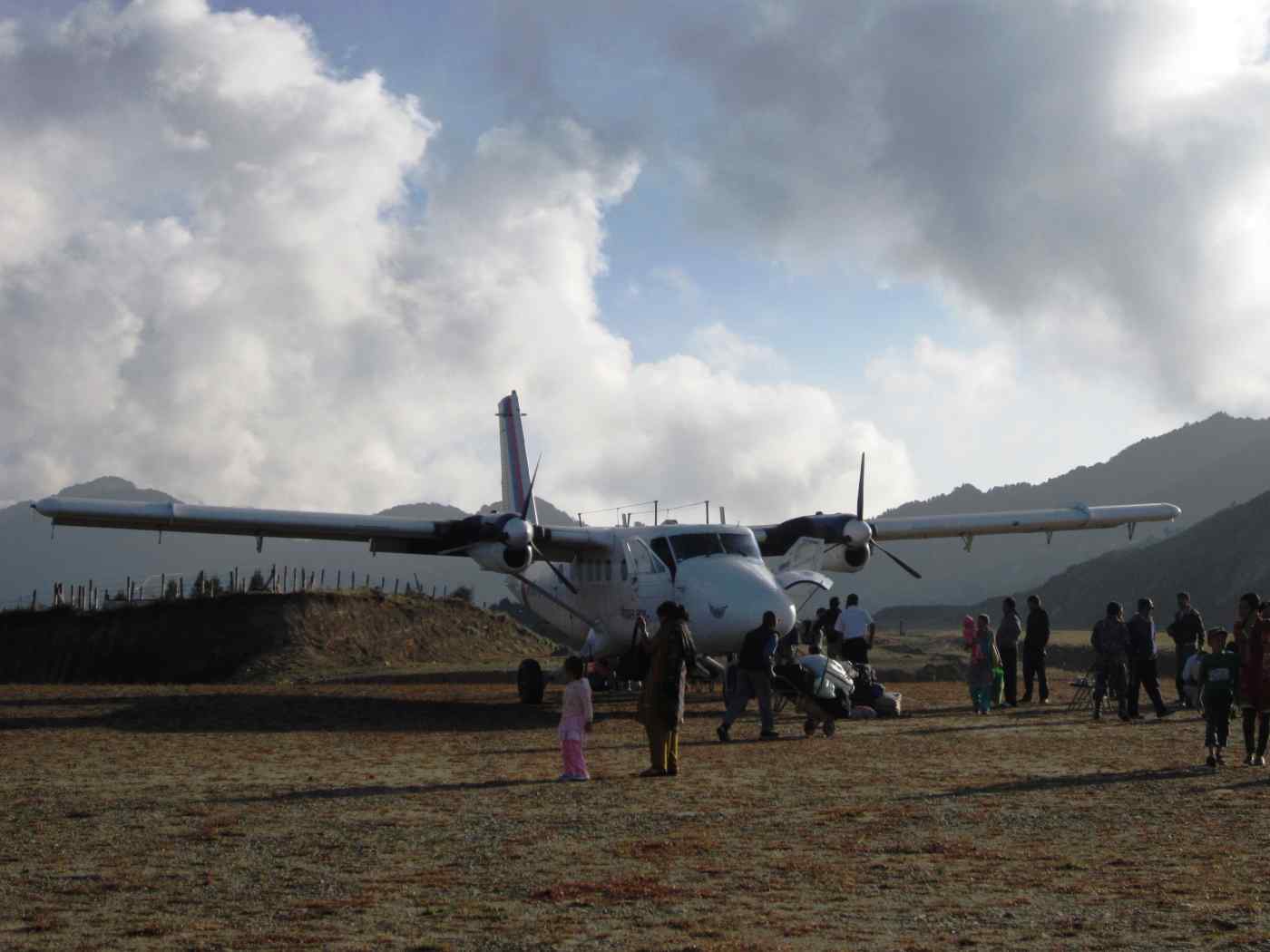 KATHMANDU -- Just as the bodies of those killed in an air crash in Nepal two days earlier were being recovered, another plane crashed last week in a mountain village.

On Feb. 24, a Tara Air Twin Otter carrying 20 passengers and three crew members crashed into a hill in central Nepal, killing all on board.

On Feb. 26, a single engine 9N-AJB plane operated by Kashthmandap Air, one of Nepal's dozen private airlines, crash landed in a field of a remote village in the northwest, killing the pilot and co-pilot. The nine passengers of the chartered flight survived with minor injuries. Initial reports suggest the pilots made an emergency landing after the crew discovered a technical fault.

But following the 7.8 magnitude earthquake last April, the number of tourists has dropped. Around 800,000 tourists arrived by air in 2014, but last year the number fell to 300,000. The government estimated that earthquake damage to tourism infrastructure, including hotels, trekking trails and heritage sites, amounted to 43 billion Nepali rupees ($391 million).

"Most places that tourists visit are in the remote areas of our country, so small planes cater to those places. But with one after another crash, it is going to hit us hard," said Raj Gyawali, a tour operator in Kathmandu.

"While the impact of the earthquake was huge and devastating, the air crashes have different sort of implications. We often blame our topography for plane accidents, but if you want to operate airlines here, you have to do so within the parameters," Gyawali added.

Nepal has a poor record on aviation safety. On average, one accident has occurred every year since the arrival of air services in 1960.

A series of fatal accidents occurred in the country's earthquake-ravaged northeast regions last year. In May, 13 people, including six U.S. marines, were killed when a U.S. Army Huey helicopter delivering aid crashed into a mountain in Dolakha district. Two weeks later, a helicopter returning from another aid mission crashed in central Nepal, killing all four people on board.

In December 2013, the European Union blacklisted Nepal's airlines, citing lack of safety standards. The EU's decision came a year after 19 people, including seven Britons and four Chinese, were killed in a crash minutes after the plane took off from the airport in Kathmandu. This unpaved road was recently built in Taplejung. Small planes serve as lifelines to remote and isolated communities. (Photo by Deepak Adhikari)

Despite official assurances that the country's airlines have raised safety standards, the EU is yet to lift the ban, which prohibits Nepal's airlines flying into EU member countries, although none of the Nepali carriers fly into the region.

Meanwhile, Nepal has imposed a moratorium on flights by airlines of single engine planes after the latest air crash.

Dorji Tsering Sherpa, a tourism entrepreneur and former executive director of Kashthamandap Air, defended the use of the New Zealand-made aircraft involved in the crash.

"This is the best aircraft for our terrain because it can land even in rough places and is cheaper than Twin Otter. We must be grateful to the two pilots who saved passenger lives by sacrificing their own," Sherpa told the Nikkei Asian Review. He added the crew members had taken the right decision to make a forced landing.

"It's unfortunate that our government is restricting operators from flying this plane. Will the government also ban all Twin Otter planes since one of them crashed [recently]?" he asked.

Sherpa said the latest crashes were "the final nail in the coffin" of the tourism industry, and added that the sector would suffer further losses.

"These multiple crashes mean the insurance premium for Nepal's airlines will skyrocket. I am not sure how our operators will be able to run airlines in such a tough market."

Gyawali worried that the rise in accidents would not only discourage tourists from visiting Nepal, but also reduce access to regions they want to visit.

"This will lead to a decrease in flights to places which are beautiful, but remote. How am I going to book my clients if there are no flights? There's a lack of understanding on the close link between domestic airlines and the tourism business," he said.

The tourism sector contributes 7% to the country's gross domestic product, but the industry has suffered from several crises in recent years.

For three consecutive years, climbing expeditions on Mount Everest have been cancelled. In 2013, a brawl between Sherpa climbers and three European alpinists led to the cancellation of the season. In 2014, an avalanche above the mountain's base camp, which killed 16 Nepali climbing guides, prompted calls for reform and led to the suspension of operations. Last year, an earthquake-triggered avalanche left 17 climbers dead on Everest, one of the worst disasters in its history. 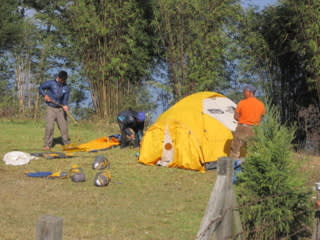 Trekking is one of the major attractions in Nepal, where tourism is among the few foreign currency earners. (Photo by Deepak Adhikari)

The tens of thousands who go trekking in the country's two most popular routes -- the Everest trek and Annapurna Circuit -- begin their journey after flying to the nearest airport.

Sherpa said there is little chance of reform in the aviation sector, which is mired in corruption and lacks skilled personnel. "Civil aviation is one of the most corrupt industries in Nepal. When I was running the airlines, I had to bribe government officials to operate it. The officials of regulatory body are hand in gloves with private operators. They don't have sufficient human resources. The industry is in a mess. It's a daunting task to reform it so that it can perform well," he said.