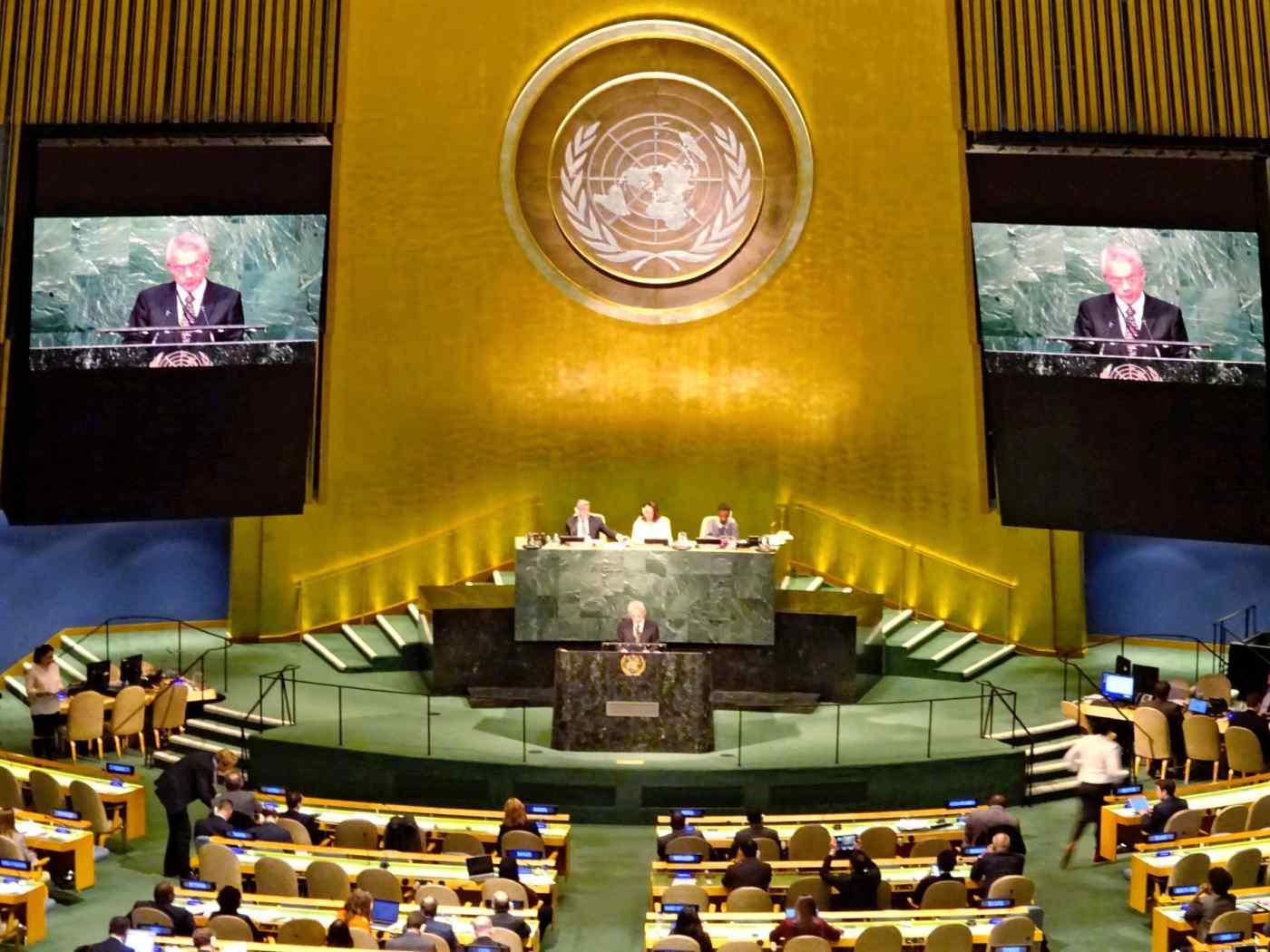 UNITED NATIONS -- Hiroshima atomic bomb survivor Setsuko Thurlow condemned the Japanese government for its "inability to fully commit" to a U.N. conference to negotiate a treaty prohibiting nuclear weapons and called on the government to align itself with the Japanese people, rather than with military ally the U.S.

"[The Japanese government claims] to be playing a vital role in nuclear disarmament by bringing foreign dignitaries to Hiroshima with the hope that they will learn the reality of nuclear catastrophe," Thurlow told representatives gathered at the U.N. General Assembly Tuesday for a second day of negotiations. "But these are empty, evasive actions as they continue to take shelter under the United States' nuclear umbrella."