Born of lavish Abenomics budgets, they struggle to find projects to back 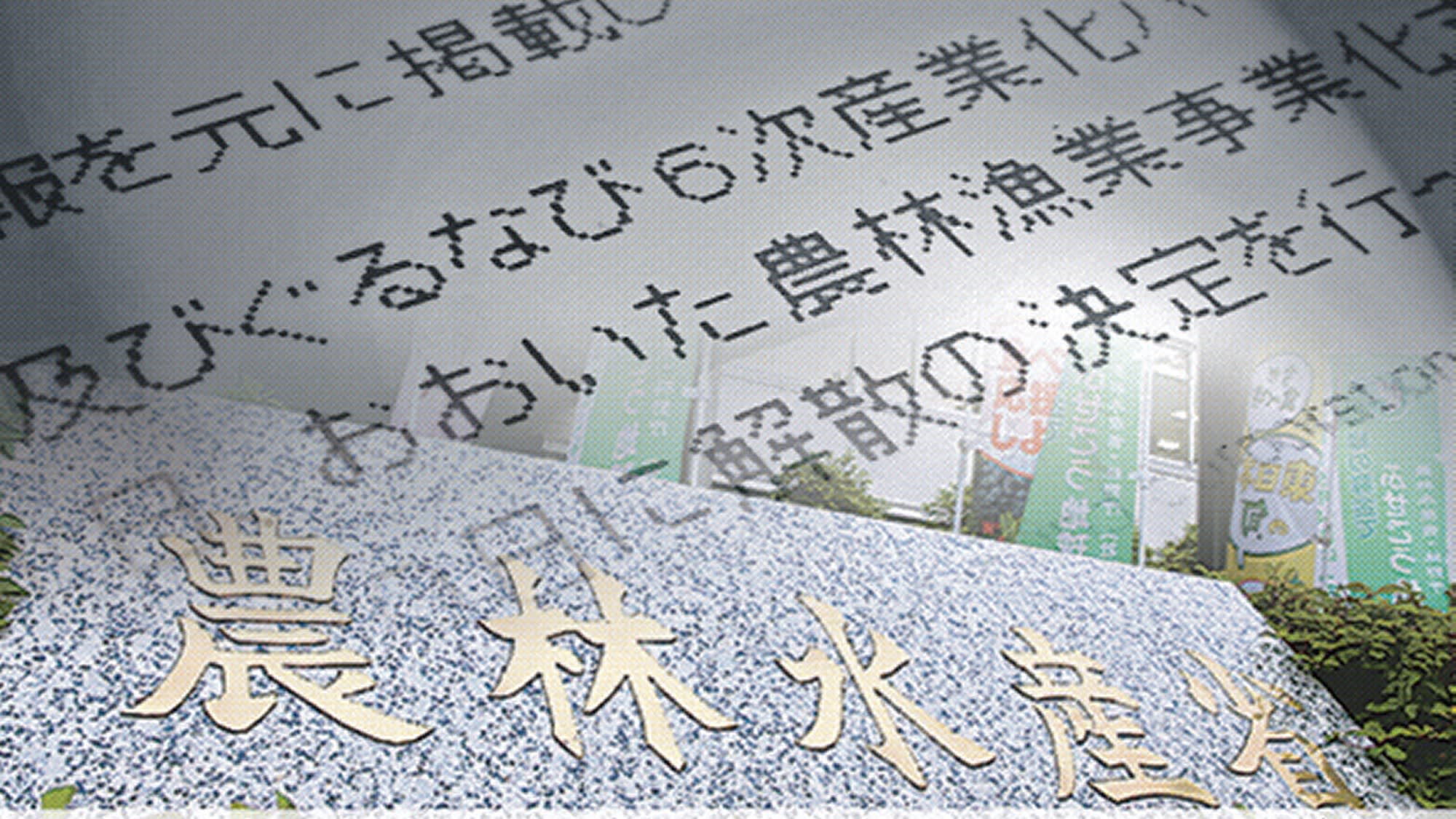 For example, one fund set up in January 2013 called A-FIVE -- or the Agriculture, Forestry and Fisheries Fund Corporation for Innovation, Value-chain and Expansion Japan -- has 30 billion yen ($273 million) in public and 1.9 billion yen in private backing. Yet it has found only small-fry efforts to invest in. The 114 projects it had taken on through the end of July add up to just 5.9 billion yen.

A-FIVE's modus operandi is to establish regional sub-funds with local banks and businesses to help producers in agriculture, forestry or fisheries expand into processing and sales operations.

In May, online restaurant guide operator Gurunavi noted in an earnings report that it had dissolved its investment partnership with A-FIVE after funding no projects in its three and a half years of existence. Gurunavi said the partnership "competed with eateries and other clients in its core business." And it is not the only partner backing out. A-FIVE now has 48 such funds, down from 53, after ones in prefectures including Gunma and Oita shut down with nothing to show.

A-FIVE's weak performance appears to owe in part to misjudged expectations. In order to isolate business risk, the fund asked farm producers to form separate companies that would receive the funding. But the producers were used to getting subsidies, with fewer strings attached, and responded lukewarmly. They were "more cautious than we expected about investing in the effort themselves," said Hiroki Hiraiwa, an A-FIVE operating officer.

A-FIVE is eating through its own capital at present. It has more than 50 staff on its payroll, and its expenses through fiscal 2016 totaled just over 4 billion yen, with net losses for that period reaching 4.5 billion yen. To recoup the government's investment, it will apparently need to invest a total of 28 billion yen through fiscal 2022 and reap returns of 90% by its target date a decade later. The Ministry of Agriculture, Forestry and Fisheries loosened its funding rules in May to allow for investing directly in producers, but the fruits of that move are not yet visible.

Even greater sums languish at venture capital funds established by the Ministry of Education, Culture, Sports, Science and Technology with four major national universities. The program has 100 billion yen in government financing, divided up among Tohoku University, the University of Tokyo, Kyoto University and Osaka University. Yet as of the end of last month, only 5.4 billion yen -- just over 5% -- was being put to use.

The budget for the program was approved in February 2013, but preparations were delayed, and Osaka University did not begin investing until July 2015, and the University of Tokyo until December 2016. The government legally required that investments be concentrated between fiscal 2013 and fiscal 2017, but that plan has gone askew. An additional 45 billion yen remains for the universities to use for secondary funds, but it will become unavailable once the government's target term passes.

A bubble of sorts for public-private funds began forming around the end of 2012, when Abe, upon returning to power, pressed ministries to come up with growth strategies. Many submitted plans modeled after the public-private Innovation Network Corporation of Japan, established in 2009. Such arrangements are easier to get budgetary approval because unlike subsidies, they presume the government would get its money back. The Finance Ministry responded lavishly.

There are 14 such funds at present. As of the end of March, 110 staffers had been transferred from government agencies to the bodies, into which the government had poured about 800 billion yen. Adding in government guarantees on loans, that figure grows to about 4 trillion yen, though at that point only about 1.5 trillion yen had been used. More than half that sum was invested by the INCJ, and most funds are left with idle capital. One fund under the Ministry of Internal Affairs and Communications for exporting communications and broadcasting infrastructure invested in only two projects in a year and a half.

The cart before the horse

Overly strict requirements such as A-FIVE's are not the only reason for underperformance. Government offices appear to have made excessive business plans in order to secure big budgets.

The Education Ministry said it came up with the 100 billion yen funding figure for its university-partnered fund program by "referring to the scale of joint research with businesses." But all of Japan's fiscal-2015 venture investments totaled just 130 billion yen, making the universities' venture capital funds big fish in a small pond.

When the prime minister's signature Abenomics economic policy was launched in late 2012, "there was a need to make a big show of economic policy," said one official from a different ministry. Public-private funds are often created to match "budget scales," that official admitted.

In many cases, private funds will gather fresh capital to meet actual demand so as not to be left with excess. But the government did the reverse, pouring massive amounts into the public-private funds right from the start.

"It's possible that misguided investments are made in an effort use up all the capital," said one veteran of such a fund.

The ruling Liberal Democratic Party's office on administrative reform floated one solution in a July 27 proposal on the public-private funds: The universities should consider returning their unused capital to the government, it said. The rebuke singled out the Education Ministry's pet project, but resonated with other government offices as well.

There is precedent for such a move with a fund called RE-SEED -- or Real Estate Sustainability & Energy-Efficiency Diffusion -- which is created with the aim of improving earthquake resistance and energy efficiency in aging buildings. In March 2013, RE-SEED was outfitted with 35 billion yen, but after its performance failed to grow, it repaid 5 billion yen in October 2015. It broadened its scope beyond population centers to the entire country, but its investments still total just 8 billion yen.

To operate more efficiently, funds "should reorganize around major themes, such as regional revitalization or overseas efforts, and integrate their staff," says Hideaki Tanaka, a professor at Meiji University's Graduate School of Governance Studies. While there is some significance to the government taking risks with its money, organizations and budgets can grow bloated if demand is not carefully measured first. And if initial forecasts turn out to be mistaken, the funds need to be scaled back.