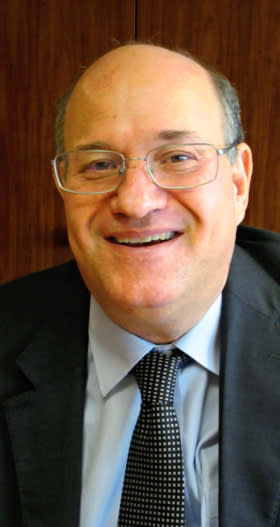 Gov. Ilan Goldfajn of the Central Bank of Brazil.

The central bank has lowered its benchmark rate in each of monetary policymakers' four meetings since last October, when it made the first cut in four years. The bank reduced the rate by 25 basis points in each of the first two cuts, followed by two drops of 75 basis points apiece. The rate now stands at 12.25%.

Ahead of the next interest rate decision in April, the central bank is looking at factors like "inflation expectations [and] economic activity. We are open to making any decision," said Goldfajn.

Recent success in curbing inflation has given the central bank a freer hand to lower interest rates. Consumer prices rose 4.76% on the year in February, the slowest pace in six and a half years, down from rates of more than 10% between the end of 2015 and early 2016.

An upturn in the real against the dollar since last year has helped push down prices of imports. Goldfajn said the bank expects inflation to reach its target of 4.5% in April to June.

The bank's priority will shift from braking inflation to stimulating the economy, which shrank 3.6% in real terms in 2016, recording a second straight year of contraction. But Goldfajn expects a return to growth in 2017 as recent price rises in iron ore and other commodities help the recovery in the resources sector.

Manufacturing and agriculture will emerge from recession sooner, but "the service sector will take longer because it was the last one to be affected."

Regarding Brazil's largest export market, China, which lowered its target growth rate to around 6.5% this year, Goldfajn sees the revised goal as sufficient to ensure demand for iron ore and Brazilian exports, calling it "good news."

The corruption scandal involving state-run oil company Petrobras continues to cause instability in the government. But President Michel Temer's administration's "policies have moved to the right direction toward more fiscal responsibility," Goldfajn said, adding that this would provide a tailwind for the economy.

As for U.S. interest rate hikes, while they may lead to a rise in borrowing costs for emerging markets, Brazil is prepared, he said. When asked about the possibility of protectionist policies from U.S. President Donald Trump's administration, Goldfajn said there would not be a big impact on Brazil's relatively closed economy.