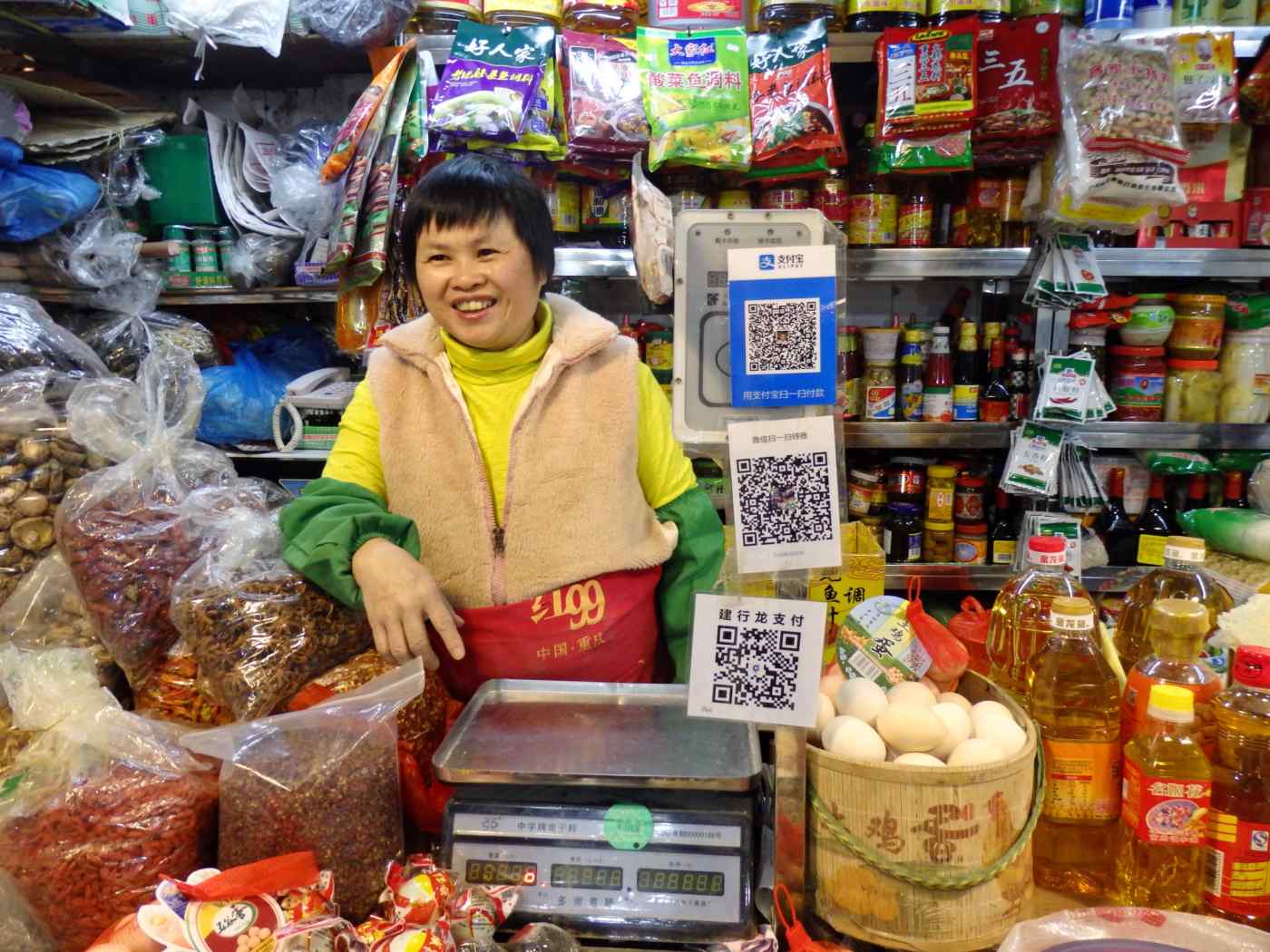 SHANGHAI -- China has imposed daily limits on smartphone-based payments in the name of combating fraud, spurring cost concerns among vendors and inconveniencing consumers.

The People's Bank of China, the country's central bank, implemented the caps on Sunday for different types of QR code payments, based on relative risk.

For payments made by scanning a printed QR code displayed by the seller, the daily limit is set at 500 yuan (about $80). These are considered riskier than other QR code payments because the codes could be tampered with and money sent to fraudulent accounts. Such popular services as Alibaba Group Holding's Alipay and Tencent Holdings' WeChat Pay are affected.

Many restaurants in China display printed QR codes right at the table for patrons to scan. This hassle-free payment method has gained popularity as businesses fight rising labor costs. A manager at an eatery in Shanghai expressed frustration about the trouble and costs that the new caps are expected to bring.

Payment using a QR code displayed on the customer's own device and scanned by the recipient is deemed safer and exempt from caps if certain other conditions are met.

Smartphone payments more than doubled on the year to 109 trillion yuan in 2017, according to research company Analysys. The caps may put a damper on the rapid adoption of such payments in China.

The authorities have been stepping up oversight of financial services from nonfinancial companies, aiming to curb risk. A money market fund offered by Alibaba's Ant Financial is also under increased scrutiny.