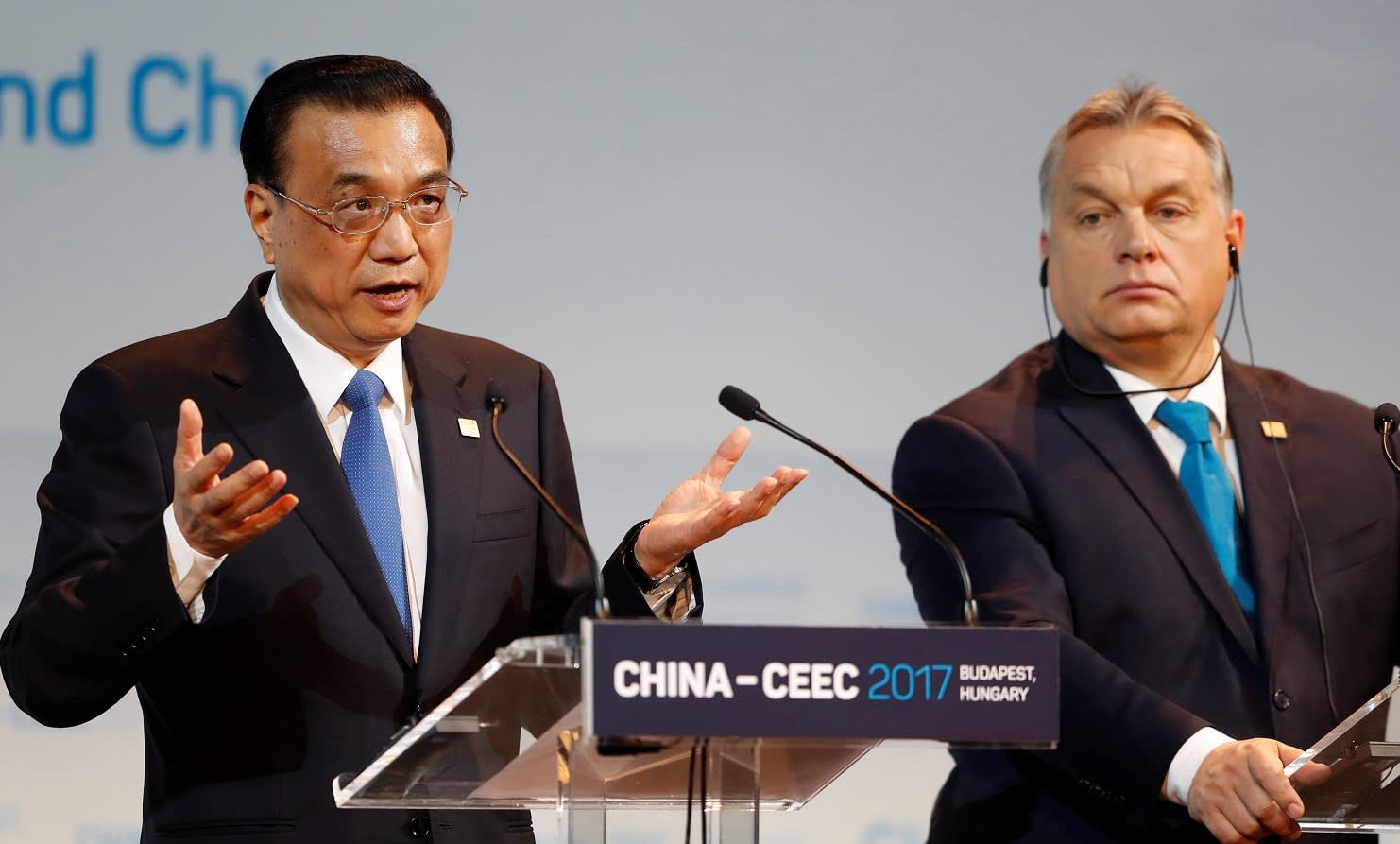 Li held a meeting in the Hungarian capital with leaders of 16 countries in the region, which he sees as key to Beijing's Belt and Road infrastructure-building initiative.

The relationship between China and Central and Eastern Europe, though they are geographically far apart, is built on a firm foundation, said Li, China's official news agency Xinhua reported Tuesday. The premier expressed hope that the Belt and Road initiative will help bolster the region's economy.

China is expected to support a Hungary-Serbia railway and other projects. To that end, a consortium comprising banks from China and Central and Eastern Europe will be set up, with the China Development Bank providing loans equivalent to 2 billion euros ($2.37 billion).

Hungarian Prime Minister Viktor Orban, who hosted the meeting, described the Belt and Road initiative "as the new form of globalization which does not divide the world into teachers and students but is based on common respect and common advantages," AP reported.

Orban, known for his strongman tactics, and other Central and Eastern European leaders are distancing themselves from Western Europe over such issues as immigration. China, for its part, seeks to use the Belt and Road initiative as a way to boost its influence in the region.