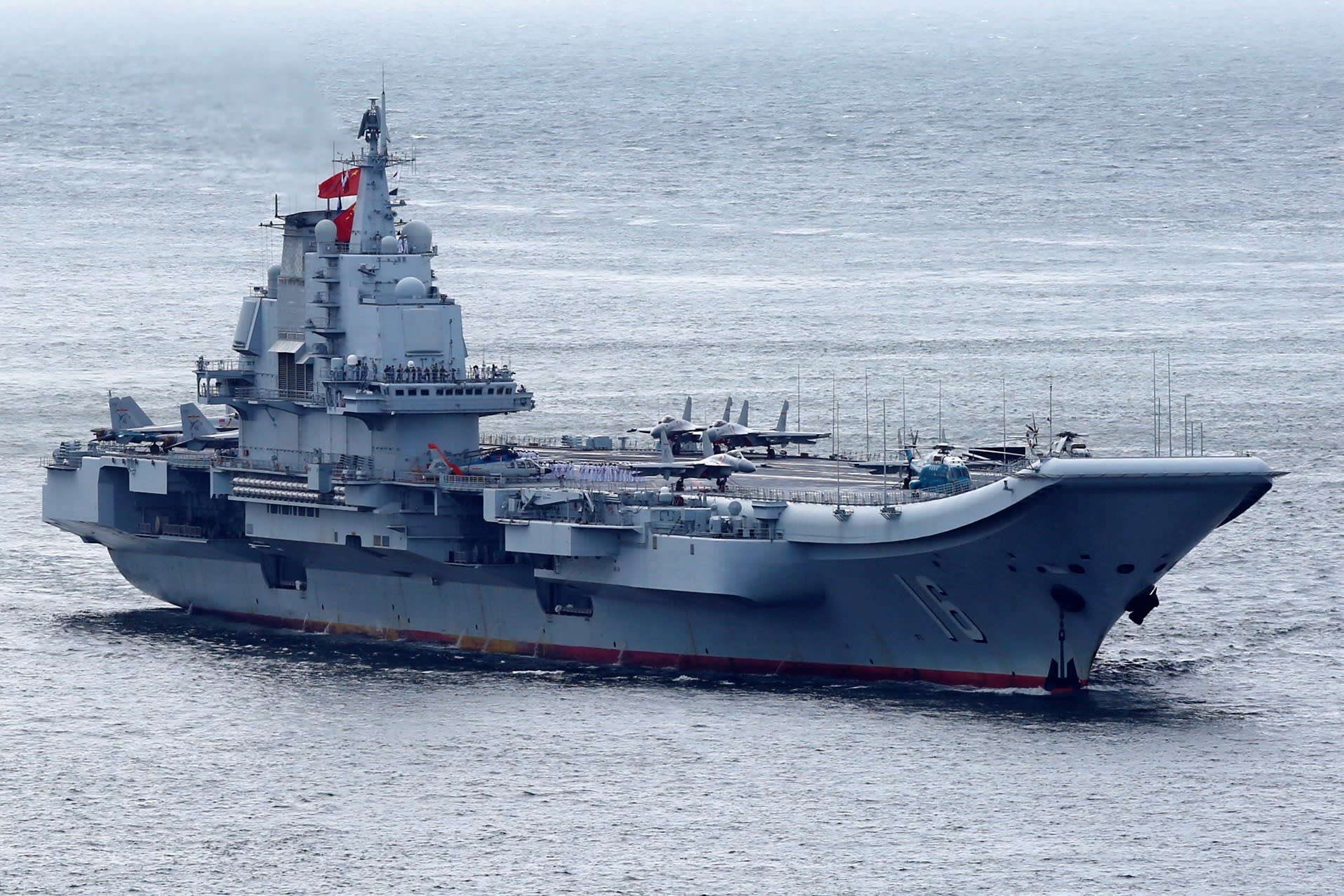 BEIJING -- China will build its first nuclear aircraft carrier, a major step in its push to become a strong naval power, the state-owned China Shipbuilding Industry noted in a statement posted online.

CSIC has developed vessels including nuclear submarines in the past. The aircraft carrier was revealed in a strategy document dated Tuesday, alongside plans to build more nuclear subs and unmanned underwater vehicles.

No timeline was given for building the vessel. But the document states that the Chinese navy needs upgraded equipment in response to growing maritime security threats. CSIC will supply weaponry to meet the navy's goal of expanding its far-offshore capabilities by 2025, the document says, suggesting the carrier is to be deployed by that year.

China launched its first domestically built aircraft carrier in 2017, after deploying the Liaoning, a retrofitted carrier from the former Soviet Union, in 2012. A second homegrown carrier is said to be under construction in Shanghai.

Some have suggested a nuclear propulsion system could be installed on a third Chinese-made carrier expected to be built in the northeastern city of Dalian. Nuclear carriers can sail for longer than their conventional cousins, giving them a tactical advantage. Hong Kong media have also reported that China plans to introduce a fourth homegrown carrier by 2030, which may also be nuclear-powered.

President Xi Jinping pledged to accelerate China's transformation into a great oceanic power at the Communist Party's twice-a-decade National Congress last October, ostensibly to secure sea lanes to oil producers in the Middle East. The buildup also seems to be a rebuke to American "freedom of navigation operations," wherein U.S. naval vessels have sailed past artificial islands China has built up in the South China Sea, challenging their legitimacy.

A Chinese nuclear aircraft carrier would significantly shift the balance of maritime power in the Asia-Pacific. CSIC seems to be aware of the stir the prospect has caused: By Wednesday, the shipbuilder had deleted references to a nuclear carrier and new nuclear submarines from its website.