Zara, Delta and Medtronic told to apologize a day after Marriott ran afoul The latest demand came just a day after U.S. hotel group Marriott was ordered to shut down its Chinese websites for a week for conducting an email survey in which it put Taiwan, Hong Kong, Macau and Tibet on a par with China as a nation.

The three foreign brands are the latest targets of mainland China authorities and internet users, who are becoming increasingly sensitive and bellicose to any rhetoric that does not comply with their definition of sovereignty amid rising nationalistic sentiment.

China's internet regulator, the Shanghai Cyberspace Administration, said Friday on its official WeChat page that after receiving reports from internet users, it had ordered the Chinese operators of Zara.cn and Medtronic.com to rectify "illegal contents" on their websites, and to issue a public apology before 6 p.m. local time.

Medtronic immediately issued a statement saying the company "completely understands the stance of the Chinese government on relevant sovereignty issues," adding, "we sincerely apologize for causing misunderstanding among the public." The Dublin-headquartered manufacturer also vowed to pay more attention to user experiences in different regions.

China orders Marriott to shut down websites for a week

Meanwhile, Zara missed the official deadline, issuing a statement on its official website at around 8 p.m. Friday.

"We wrongly described Taiwan as a country in the section 'Join Life' of our webpage," the Inditex-owned fashion retailer said in a statement. "Please accept our sincere apologies. We have rectified this specific content immediately and we are now conducting a comprehensive self-inspection."

Delta had categorized both Taiwan and Tibet as separate countries on its website. "It was an inadvertent error with no business or political intention," the U.S. airline said in a statement, after talks between its senior managers and officials at the Civil Aviation Administration of China. "We apologize deeply for hurting the feelings of Chinese people." 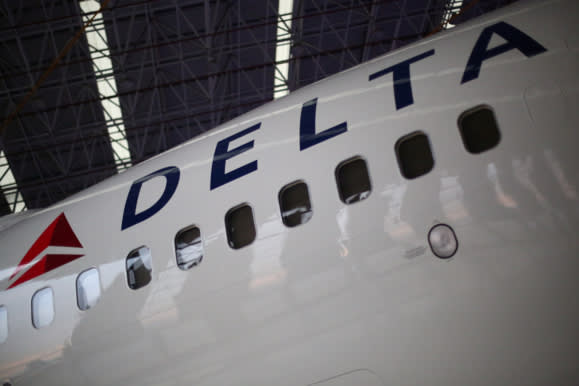 A Delta Airlines airplane is seen inside of a hangar.   © Reuters

The Chinese aviation agency vowed to require all foreign airlines operating routes to China to conduct a comprehensive and thorough investigation of their websites, apps and customer-related information.

The issue has not been confined to foreign companies. State-owned Air China was also found to have listed Taiwan, Hong Kong and Macau as separate countries on its Hong Kong website. After the gaffe was revealed by internet users on Friday, the carrier immediately added "China" in brackets after the names of the three territories.

Yet unlike the foreign companies, Air China was not ordered to make a public apology. Instead, Global Times, a tabloid sponsored by the ruling Communist Party mouthpiece the People's Daily, praised the Chinese airline for its quick response on Weibo, China's equivalent to Twitter.

Nevertheless, some angry Chinese internet users continue to dig up dirt on international companies, claiming luxury brands such as Chanel have made similar postings. The French fashion company lists Hong Kong, Macau and Taiwan as separate countries from China on its "Contact Us" page, the Nikkei Asian Review confirmed.

Other internet users took to foreign brands' social media pages. "Get out of China," one of them said in the comment section of Zara's website. Some even pledged to boycott the retailer's products. "This is a matter of principle. I'll never buy Zara clothes," one said.

China claims sovereignty over the four territories. Hong Kong, a former British colony, and Macau, a former colony of Portugal, were returned to Chinese sovereignty in 1997 and 1999, respectively, under the special arrangement called "one country, two systems."

Taiwan is a self-ruled island with a democratically elected president, but Beijing views it as a breakaway province and maintains the option of using force to achieve unification.

Tibet is home to a large Buddhist population and considered by Beijing to be an autonomous region within China, but its spiritual leader the 14th Dalai Lama, a Nobel Peace Prize laureate, fled to India after a popular uprising in 1959 and established a government-in-exile in Dharamsala.