National system would aim to speed shift from coal 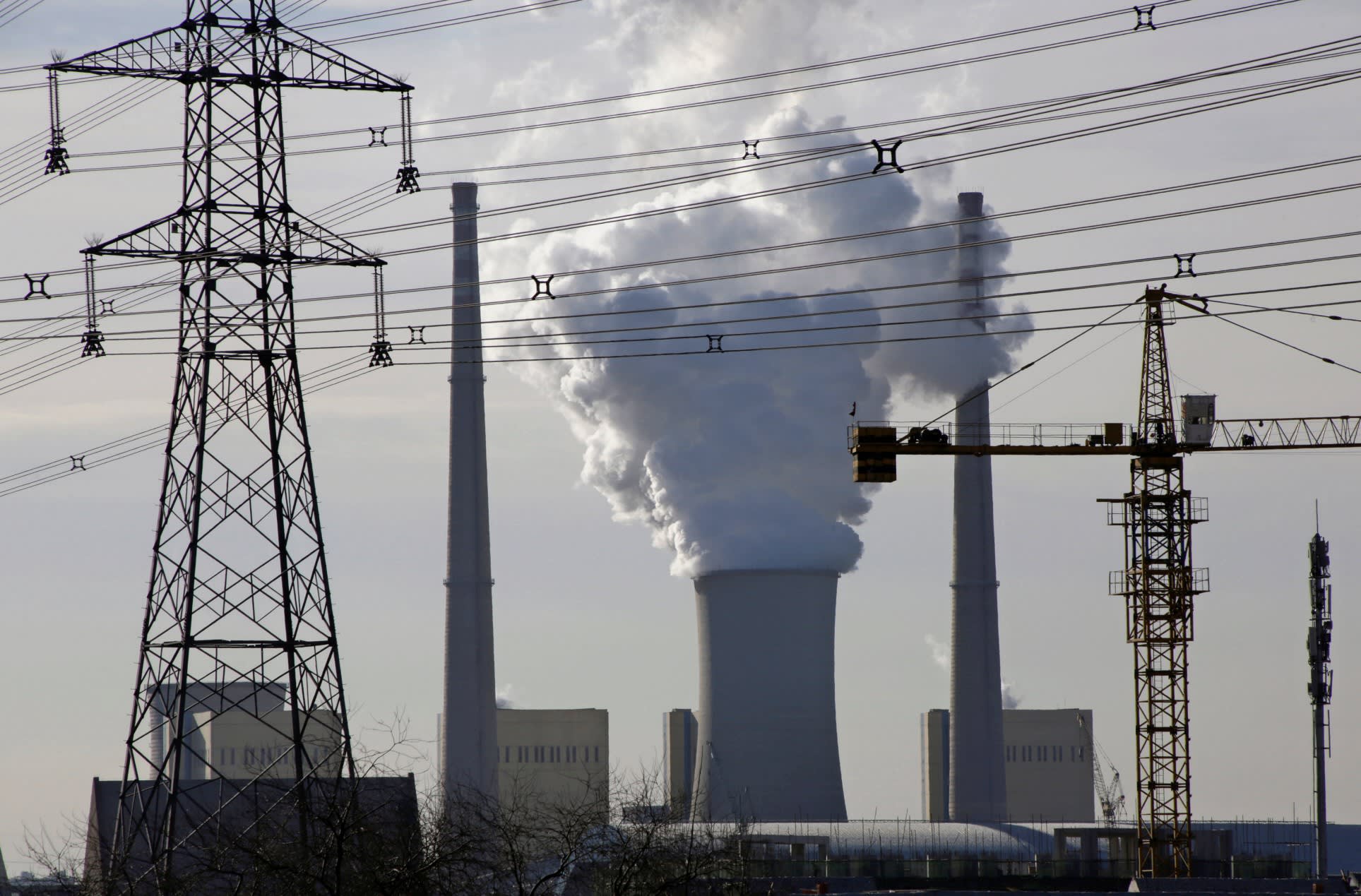 China hopes a cap-and-trade system will prod power companies to scrap coal-fired plants, which account for 90% of the country's electricity generation.   © Reuters

BEIJING -- China is launching a national emissions trading system that could become the world's largest, part of a government push to pivot away from coal and rein in greenhouse gases.

President Xi Jinping first mentioned a nationwide cap-and-trade structure at a China-U.S. summit in September 2015. The plan rolling out Tuesday builds on pilot programs implemented since 2013 in Beijing, Shanghai, Tianjin, Chongqing and Shenzhen as well as Hubei, Guangdong and Fujian provinces. A survey of Chinese carbon markets found that trading of emissions allowances roughly doubled last year to 68.63 million tons.

China aims to have its carbon dioxide emissions peak around 2030.

The system will cover companies with annual emissions equivalent to at least 26,000 tons of CO2. It was initially slated to span eight industries: electricity, chemicals, petrochemicals, construction, steel, nonferrous metals, paper and aviation. But the actual scope will be much narrower at launch, apparently owing to a lack of accurate emissions data. It will start off with power companies, for which such information is easier to collect, before expanding to other sectors. 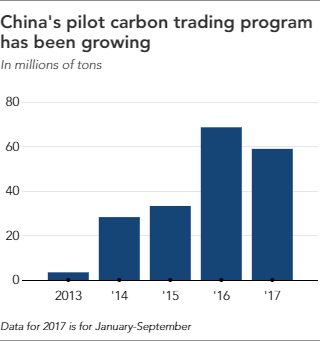 The goal is to eventually cover an estimated 7,000 to 8,000 businesses emitting between 3 billion and 4 billion tons of greenhouse gases, which would make it the world's largest cap-and-trade program. By comparison, the European Union's emissions trading system -- the current global leader -- regulated roughly 1.9 billion tons in 2014, equivalent to about 45% of the bloc's total greenhouse gas emissions.

China seeks to use the program to cut down on coal-fired power generation, which currently accounts for 90% of its electricity. The government this year set a goal of scrapping 50,000 megawatts of generating capacity a year, part of a broader effort to shed excess capacity that began with steel and coal production. The emissions trading regime is expected to encourage power companies to accelerate efforts to shift from coal to natural gas, which would save them the expense of buying carbon credits.

The program is likely to have a significant impact on Japanese companies operating in China. The pilot initiatives already affect at least 71 Japanese businesses, mainly in Beijing, Shanghai and Shenzhen, according to a survey by Yuta Okazaki, an associate professor of environmental policy at Japan's Sophia University.

A chemical maker participating in one cap-and-trade arrangement had its baseline year for carbon emissions set at 2012 -- a time when it was just starting out in China and thus using relatively little capacity. Its emissions have exceeded the cap by a wide margin since 2015, when capacity utilization hit 100%. The company has managed to get by using carbon credits banked in previous years, when emissions were lower, but it says it will eventually need to buy credits from other businesses.

An electronics manufacturer kept a factory under the cap in the first year of an emissions-trading program via such steps as installing light-emitting-diode illumination and upgrading motors. But it went over the limit from the second year onward, forcing it to buy carbon allowances.

Strict limits on overseas investment have left China awash in cash. An influx of speculative money into bitcoin prompted authorities to shut down cryptocurrency exchanges. The National Development and Reform Commission worries that emissions trading, which falls under its purview, could become another target for speculators.

Buying and selling of credits by businesses in carbon-emitting industries, based on real demand, forms the basis of cap-and-trade systems. But financial institutions have become a driving force in markets, including the EU's. These firms trade carbon allowances like financial instruments such as stocks or bonds, looking to turn a profit by predicting future price movements.

The NDRC will adhere to policies intended to prevent excessive speculation and development of derivative financial products, a senior official told reporters in October.